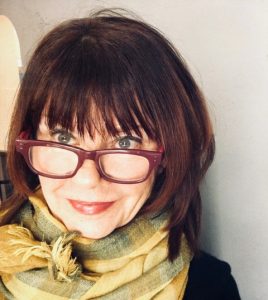 Spring too long delayed. Months of wet, cold days, and half-lit sky. In Chicago, my friend S., who wanted one more spring, is going about the slow business of dying. In my Michigan rental house, a buff-brown female cardinal nests on the second rung of a ladder leaning against the house. Her mate feeds her while she sits for eleven to thirteen days until the eggs hatch. If S. is alive, I will send her pictures of those unhinged beaks waiting to receive.

A correspondence with a Slovenian beekeeper sparked my interest in bees. He keeps Carnolian bees (Apis melliferea carnica). I mention this because he tends his bees unsuited. For beekeepers from mountainous region that was once Austria and is now Slovenia, the Carniolan Grey is a cultural icon. Citizens view themselves in the context of what they admire about their grey bee: its diligence, cooperativeness, gentleness, and cleanliness. My bee keeper has never been stung.

I just got back from a trip from Arizona where I learned about apiculture, as much as one can learn in a week. I wore the white suit, the hood (which made me feel I was looking out a screened door), and the gloves and booties. I looked like I was prepared to be part of a hazmat crew, or, minus the gloves, ready to enter an operating room to perform surgery. I signed two disclaimers before I could approach a hive.

S.’s hospital bed has been moved from the second bedroom of their apartment to the sunny dining room. Today the hospice nurse applied a Fentanyl patch to better control her pain. She is hallucinating, either because it is inevitable with end-stage cancer or because her pain medications aren’t correctly balanced. She sees handwriting on her lower leg. She wants her husband to read it to her.

My beekeeper’s ancestors believed in another kind of medicine, Apitherapy, which is the practice of resting in a bee house, or in a cottage with hives installed in the walls, for the purpose of breathing the “heavenly air.”  The quality of this air is so profoundly good that some beekeepers have built bunks in their bee houses for their own health. Others charge a fee so the ill can rest or nap in the bee house. I wish S. could be granted a nap in one of those houses.

The roofline of the screened porch where I write is inhabited by Carpenter Bees, a bee I didn’t know existed. They look like black bumblebees and hover like menacing mechanical drones. Our landlord insists they do not sting. In fact, the males do not. But the females are another story. I had a rocky start with this landlord, so I’ll address it after I leave.

I’ve been reading Francis Huber’s New Observations on the Natural History of Bees. The 1806 publication date argues against the “New” in the title. Mr. Huber is interested in “fecundation” of the queen bee. He disputes Swammerdam’s conclusion that copulation between a drone and a queen is not necessary for fecundation of the eggs. But Huber has observed a whitish fluid he conjectures might be “male prolific fluid.” He looks forward to the moment when the fluid will “bedew” the eggs. While I am invested in the history of bees, I am also attracted to his peculiar language and its desire not to offend. When the queen and drones mate in the air, Huber writes that they have been “assailed by the impervious desire of union.”

S. and I shared an office at the university at which we both taught. One spring, after a raucous display of early morning bird song outside our shared window, I said, “What in the world are those cardinals up to.” She looked at me as if I were hopeless and said, “They’re fucking.” Huber would have blushed.

Generally, I find the language of beekeepers odd in diction, but it can also be sensual. The phrase, “the ragged pellicle,” promises so much; however, it is something best not looked up. An imagined definition provides much more:

noun l   pel-li-cle   \’pe-li-kel\
: gossamer fabric the texture and weight of a butterfly wing
: a languid state of mind: like torpor (such as “the ragged pellicle of late summer”)

Its real definition, “a small piece of skin,” is disappointing.

Of course, the language of bees is not without violence. Drones swarm to mount the virgin queen in mid-flight. Their phallus remains in the queen so when the drone tries to separate from her, the lower half of his abdomen is ripped open and he dies. It is what he has been raised to do, and he performs it well.

Performing death well is more difficult for humans. S. is in her third month of home hospice. Years ago, when she first received her diagnosis, we had an afternoon of tapas and wig shopping—two activities we never imagined would be linked. She talked about how, at the end, she planned to hold court in her bedroom, propped with pillows, draped in linens, friends in line awaiting a final audience. Dying is nothing like the queenly scenario we created the afternoon of wig shopping.

Today the cardinal eggs hatched. The fledges look like baby dinosaurs, their naked bodies barely resembling what they will become. All that is fully visible are the diamonds shape of their mouths. It is too late to take a photo for my friend. V. says she is not present although her body remains very much alive in its contortions and protestations. Because she no longer has consciousness of her pain, her husband imagines he should feel comforted, but instead he internalizes the cries and feels her pain acutely.

My Arizona beekeeper told me that “wine is an interpretation of place and honey is the place.” As if to demonstrate, he offered us a honey tasting. Honey from the Gambel Oak, honey from carrot flowers, and honey from buckwheat. S. was a sensualist, so I might have wanted to tell her about the handsome beekeeper feeding us honey from tiny spoons.

My Slovenian beekeeper has sent me a section of an article he has written about the familial words used regarding bees. The queen is called “mother,” the colony is the “family,” and the hives are located within a “house.” To illustrate the elevation of the Carnolian bee, he writes that the Slovenian word for human death is “umreti.” The word for the death of an animal is “poginiti.”  Bees are the only exception. The word for a bee death, like human death, is “umreti.”

S. is struggling to find the path out of her body. In the world of bees, it is swarming season. In hives, the old queen is viewed as prescient—she knows when the hive has reached its capacity. She knows when to leave. The old queen and 10,000 to 20,000 workers leave the hive in a swarm. They lift slowly into a single body, first in a spherical shape and then flattened into ovoid as it lifts ten feet into the air. By all accounts, it is a spectacular event. It is rare to spot a swarm, but I am in Michigan, waiting and still looking up.

Victoria Anderson lives and writes in Chicago. She has published three books of poetry, most recently a chapbook from Kelsey Books entitled The Hour Box. She has been a three-time recipient of Illinois Art Council individual artist’s grants and have published fiction and poetry in numerous literary magazines, among them Gulf Coast, New South, Agni, and Mississippi Review, and American Short Fiction. 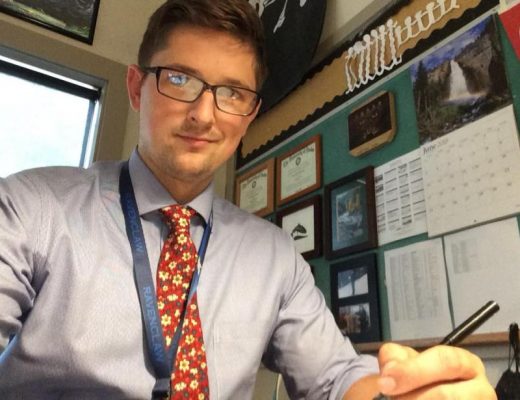