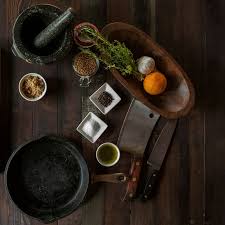 I don’t cook. Not because I can’t, but because I believe there are so many people who are so much better at cooking than I am, that I’d rather pay them to create a meal for me, than muck around in the kitchen on the off-chance that I might create something half as good as a “real” cook.

I find I often don’t write for the same reason that I don’t cook. I love to read and after reading so many fantastic books by so many “real” writers I wonder, “why even bother writing when so many others do it so much better than I ever could?”

I frequently content myself with this prevarication and convince myself that my writing is not worthy of being offered up for public consumption. That it’s a hobby like knitting or woodworking. Except, at my core, I know it’s not. At my core, I know my writing is a passion I cannot simply turn on and off whenever I desire. It’s always burning below the surface, waiting to explode out of me and, of course, I want others to read it, to enjoy it, to hopefully be changed by it, as I have been changed by so many other writers. Perhaps I convince myself that my work isn’t good because I’m simply afraid. Afraid of exposure. Afraid of rejection. Afraid of failure. Afraid of success. Perhaps that’s my truest fear—success. Because if I’m successful once, that means I have to (in the eyes of myself and the world) recreate that success. I have to produce and produce and produce in order to remain successful.

I was, for almost thirty years, a film, television, and advertising producer and the job is exactly what it sounds like—manufacturing top-notch, extremely costly, product (films, television shows, advertising commercials) over and over and over again. No two productions were the same. I was always learning some new technique or technology or effect or discovering new talent, which all necessitated being plugged in constantly to pop culture. But no matter how fast I ran or how caught up with the world I felt, each new job was a test; a new directive to produce better and faster and smarter. It was exhausting.

Because of my experience in film and television, I’m sure I fear “producing” any writing because somewhere in the back of my mind I believe it will never be good enough, just as nothing in the film and television and advertising world is ever considered good enough. There’s an industry adage that says, “You’re only as good as your last film or television show or commercial,” which I’m sure applies to writing insofar as “You’re only as good as your last book or poem or short story.” I’m also sure I simultaneously fear that it will be more than good enough; that I will achieve commercial success and that anything tainted with “commercial success” will mean I’ll have to produce more and more and more. I will become what I was, and what I came to loathe. I will become a “producer” rather than a writer.

I am an oddball. I am an extrovert who likes to be alone most of the time. I am a lover of food who rarely eats. I enjoy walking great distances in the countryside and marveling at nature but I live in a large city, surrounded by concrete, and I rarely walk anywhere. But I am also a woman who, like every other person on the earth, is not getting any younger. Each day that passes during which I do not embrace my art, my self-expression, is a lost day, a waste. So what am I waiting for? If accolades don’t propel me, or minor or major successes don’t motivate me, then what will? Only one thing: acceptance. Acceptance that I am a “real” writer. Acceptance that only I can write like I write. Only I can tell my stories. Only I can express my innermost thoughts and feelings. All the advice in the world from famous authors or writing coaches or professors means nothing unless I give myself permission to accept the fact that I am the artist I am. That I am an artist, period. Even if I never sell a book, or win any major awards, or no-one ever reads my work. I will still be a writer. I will still be an artist.

Whenever you cook just for yourself, you still cook. It doesn’t lessen the act any by the fact that only you will consume what you’ve created, nor that there isn’t anyone there to judge whether the meal is “good” or not. You have only yourself to please and if the food you’ve made satisfies you in any way, then it’s a success. Perhaps I need to start cooking for myself, feeding myself, rather than passing it off to some nebulous “other” I’ve deemed to be better than myself. Perhaps I need to find a way to satisfy and satiate myself physically through the act of creating a meal, and mentally and emotionally by creating writing that’s good enough for me. Because in the long run—I’m the only one who’s opinion matters. I’m the hungry one and only I can fulfill that hunger. 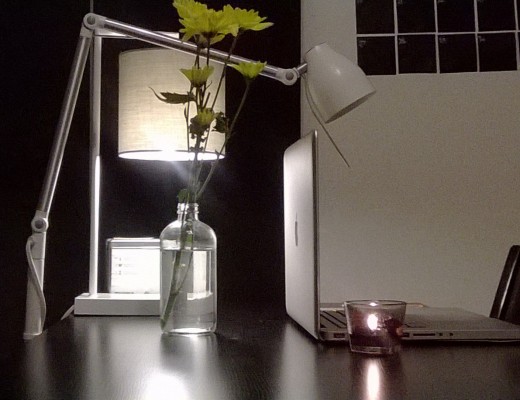 The Ticking Clock of Procrastination