Just a Kid from Columbus 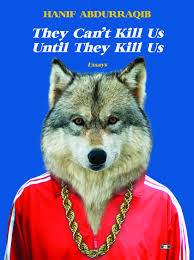 I’ve had They Can’t Kill Us Until They Kill Us in my backpack for about a month. Its pages are filled with underlines, the ARC papers are being used as a bookmark, and this morning, I found a bit of chocolate stuck between the pages. There are two reasons I wanted to read this book: 1) Hanif Abdurraqib is a proud native of my hometown, Columbus, Ohio; and 2) this summer at the Poetry Foundation, he asked the audience to gather in an intimate circle around him as he read an essay from this book called “On Future and Working through What Hurts,” which parallels the death of his mother, ambition, and the cycle of rapper Future’s career. It was a vulnerable and important moment. Needless to say, I was here for it. What readers should know before indulging in his essay collection, is that Abdurraqib is a man of many layers: a pop culture enthusiast, a scene kid at heart; a poet, a music critic, an avid twitter user; and above all things, a Muslim black man. I say this because his essays are grounded in these intersecting identities. Each essay complicates itself, fusing together personal essay and cultural criticism to create hybrid prose infused with what Abdurraqib is best known for: poetics. They Can’t Kill Us Until They Kill Us is written in six parts: sections of various essays, and single pages with a piece of prose—an essay or prose poem, depending on how one interacts with genre.

The book begins with one of these prose sections, I. When Marvin Gaye sang the National Anthem at the 1983 NBA All-Star Game, he knew he was going to die soon. The piece has nothing—and simultaneously, everything—to do with its “title” (for lack of a better word). It is about July 3 in Columbus, Ohio, or Red, White, and Boom, the annual fourth of July celebration if you’re not from there. It’s only fitting as the first piece in the collection, that this is where Abdurraqib asserts his identity. He invites the audience to Columbus for a time of good cheer: “If you are in Columbus, Ohio on July 3 of any year, you will likely drag yourself downtown with a blanket in the middle of the day, when the sun is at its highest and most hungry.” The prose leads readers through a general day at Red, White, and Boom, all the way to the end of the night when fireworks are in the air and lighting up faces, where Abdurraqib is looking at black children enjoying the show while thinking about their innocence in the United States, and the ways it’s shattered upon growing up. He leaves us with an image: “Some of them smiling and pointing upwards, still too young to know of America’s hunt for their flesh. How it wears the blood of their ancestors on its teeth.” There are six of these haunting, untitled, but titled Marvin Gaye/National Anthem sections, each one contemplating blackness in America through the vehicle of Gaye’s 1983 performance and its effect on his work. Each essay exists between sections: a liminal space returning readers to the themes of the book: labor, blackness, death, America, and pop culture.

Abdurraqib’s strength lies in music criticism, which allows for the book to be overflowing with writing on music of various genres: rap, punk rock, pop, R & B, and more. The trick of music criticism is timeliness, so it makes sense that The Can’t Kill Us Until They Kill Us begins with the essays, “Chance The Rapper’s Golden Year” and “Carly Rae Jepsen Loves You Back,” both based in 2016 pop culture moments: Chance’s Magnificent Coloring Day in Chicago and Jepsen’s tour for her 2016 album, Emotion. But the problem with the book is that many of the music-based, cultural critical essays are in present-tense about events occurring once upon a time, some more than four years ago. This could be both a positive and a negative. The positive is that Abdurraqib is so great at writing long-form essays in the present-tense, it’s as if each essay transports the reader to a different place and time to relive that moment with the narrator. The memories are fresh. They are extremely descriptive, even including minute details like the kissing couple steps on Abdurraqib’s shoes at Jepsen’s concert, the purple-haired fan at a Fall Out Boy concert in 2008, Prince’s performance in the rain at Super Bowl XLI, Allen Iverson’s first double-crossover, or even the one time he witnessed a black kid pass out in the pit at a Brand New concert and fans stepped on him, kicked, and ignored him. The details make up for the time-jumping and any awkward sentences occurring on the page, adjacent to a lovely sentence. But the con is that sometimes the book feels arranged together haphazardly, only having pop culture and narrator in common, and woven together with the Marvin Gaye/National Anthem sections. It’s easy to get lost. But as I critique this, I wonder if it’s because I am an essayist and have high expectations for prose that declares itself an essay, or if I am projecting the high standards I have for my own art on someone who shares a similar background as me: two poor black kids from Columbus, Ohio, who grew up to become writers.

My favorite sections of They Can’t Kill Us Until They Kill Us are the final three: parts iv, v, and vi. Here, Abdurraqib investigates blackness as it relates to pop culture. In his essay “Black Life on Film,” he uses examples of Boyz n the Hood and Friday to parallel with his own childhood growing up in areas deemed “the hood,” and what survival means to someone growing up poor. In other essays, he writes about how black artists use music as a means of escapism and hope (“Tell ‘Em All To Come and Get Me” and “Burning That Which Will Not Save You: Wipe Me Down and the Ballad of Baton Rouge”). But my favorites, and I daresay the most vulnerable essays are the ones where Abdurraqib uses the page as a mirror, reflecting on himself and pouring out emotion as a way to remind the reader what an essay can do: gently squeeze the heart before quickly letting go. His essay “In the Summer of 1997, Everyone Took to the Streets in Shiny Suits” begins with “THIS IS THE ONE WHERE THE MOTHER DIES,” and Abdurraqib masterfully parallels the death and funeral of rapper Notorious B.I.G. (Biggie) with that of his own mother, and what it meant for him hearing the first Biggie single two days after her funeral. There is an essay on Nina Simone and her assertive blackness—that of her physicality (which reflects Abdurraqib’s) and her demeanor—and what it means to cast Zoe Saldana, who looks nothing like her, as Nina Simone for the 2016 documentary Nina. And alongside these essays are powerful ones about the days of Trayvon Martin and Mike Brown’s murders in 2012 and 2014, respectively; and essays on Obama and Future, legacy and ambition, and what it means to be a black man in the twenty-first century, when many of the people existing in the same space do not believe you belong.

There is this saying about NBA superstar LeBron James (currently playing for the Los Angeles Lakers), that he’s “just a kid from Akron.” Meaning that his rise to stardom is blooms from his childhood struggles, from a background of poverty or proximity to poverty, which led to an intense determination and ambition to rise and become something more. At the end of the day, Abdurraqib’s book is a collection of essays on artists, athletes, and other pop culture icons with that same passion, but also his own. Abdurraqib will always be a kid from Columbus, Ohio, no matter where he goes or how famous he becomes, and his collection of essays pays homage to the roots of his ambition and success. 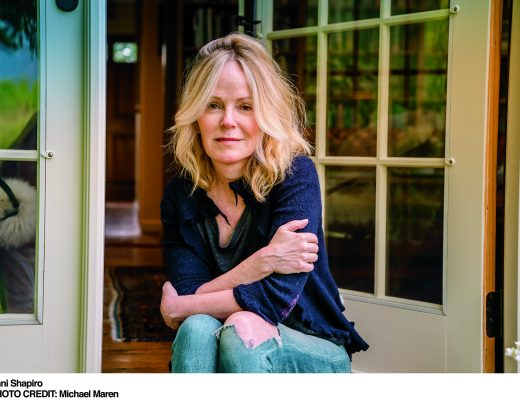