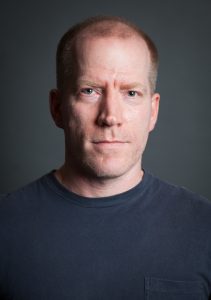 Getting Rid of the Get

During my eleven years teaching seventh-grade English, the personal narrative essay was part of my state’s mandatory writing test. The prompts went something like this: Write about a time when you learned a new skill or Write about a time when something unexpected happened. Student essays could open almost like this: “One day I got home from school. My mom got mad. I was just getting inside when she got up off the couch. She got to me before I got to my room to get dressed for soccer practice.” My students’ shortcuts in Voice & Style, as the state curriculum calls syntax and word choice, weren’t this severe but severe enough for me to start encouraging them to think harder about what action or idea they wished to convey when relying over and over (as if an unconscious linguistic crutch) on get, getting, got, and gotten. Let’s strengthen our writer’s legs. Let’s walk on our own.

I don’t remember whether this light bulb finally flashed blindingly enough for me to turn exasperated from another batch of student essays to my computer and scour my own writing for such seeming aesthetic laziness. If not, I just came upon them during a weekend or evening revision session. It was humbling to discover that I hadn’t always practiced what I had been preaching to my twelve- and thirteen-year-old students. My reliance likewise on non-dialogue get-conjugations in my then (since published) four-year-old first-person point-of-view nonfiction book-length manuscript about my year as an unarmed juvenile jail guard in Chicago wasn’t as prolific as my students’, but what excuse did they have? Many of them wrote only when instructed to. I was the one endeavoring to forge a literary side-career, someone purporting to weigh his every sentence, every phrase, every word even, with the utmost artistic fear and trembling. Pretentious, I admit, but all those years of reading and then inscribing constructive criticism onto student manuscripts has ingrained me with a nagging dislike of get. If the writer’s mission is to be innovative, vivid, and exact, might “She stepped off the Blue Line at Logan Square” be more pleasing and precise than “She got off the Blue Line at Logan Square”? Could “The skies grew dark” be more evocative than “The skies got dark”? Do the latter constructions not move closer to waking the senses? Saying something familiar yet in a clearer way?

These initial get-purging urges occurred with my students’ writing, but now I ashamedly silent-edit published writers if they employ such non-dialogue forms of get in their nonfiction or as a third-person narrator in fiction. I’m sure I had zipped through the opening of Hemingway’s “Indian Camp” before I’d been teaching very many years and read “Nick and his father got in the stern of the boat.” It didn’t tempt me though to peg Hemingway as less a writer, until rereading it recently. How did he not write: “Nick and his father climbed into the stern of the boat”? Instead of responding to countless handwritten texts with get in every other line in his thirties and early forties, Hemingway was ducking bullets in Spain and Italy, shooting gazelles in Africa, and draining hold-the-sugar-but-double-the-rum mojitos in Havana and Key West. He wasn’t teaching middle-schoolers. Far more stateside, the often farm-bound William Faulkner succumbed as well to this same too-simple-to-me diction in, what probably is my most awe-inducing American novel, one T.C. Boyle deems “a masterpiece.” Two paragraphs into Light in August, a brutal laying bare of white America’s obsession with “race” labels, Mr. Faulkner’s God’s-eye narrator recounts that “swoll-bellied” Lena Grove “got to be a big girl.” Couldn’t Lena have “grown to be a big girl” or “become a big girl”? Faulkner lives for exceptionally distinct language. He even invents his own words. It is something of a downer to come upon such uses of this seemingly inferior word in the work of my literary heroes, especially those who are no longer with us. They don’t have the chance to happen likewise upon my ‘discovery.’ Second-guessing these writers’ word choices tempts me to regard their work as slightly less an accomplishment, slightly less enjoyable art.

Having read and commented on thousands of student essays, and now subsequent poems and short fiction as a magnet/vanguard creative writing teacher, trying not to brainstorm better diction for these celebrity writers, and likewise for my students, to better depict the same motion or concept on the page is a losing battle. What hangs me up so much is that get usually fails the test that I train my students to employ when striving to find a “showing” (rather than “telling”), that is “action” (rather than “being”) verb. To help them weed out most (but certainly not all) such non-sensorial verbs, I urge them to cover up every word around the verb. It goes something like this: “Okay class, let’s say you wrote, The robber got up on the table and demanded money, place your left index finger on robber and your right index finger on up. Now just look at what’s between your fingers. If all you have is the got, does it make you see anything? No. Does it make you feel anything? No. Does it make you hear anything? No. So it fails the test! How can we illustrate the robber’s feet and body moving from the floor to the table? An action we can detect with our five senses?”

All this may sound ideal and laden with sublime teachable moments. And it is, until we’re reading aloud a mentor text, a text necessarily superb and often by a famous writer of many superb texts, and he or she uses get/got in the exact way I’ve urged my students not to. Then I’m tempted to doubt my convictions. Not to mention wonder if my students are doubting me, doubting my aesthetic IQ, wondering if their teacher is crazy. This fixation can be so controlling that often I edit these famous writers out loud. Near the resolution of Langston Hughes’s forever-anthologized third-person story, “Thank You Ma’am,” the older of his two characters, Mrs. Louella Bates Washington Jones, “got up” from her impromptu dinner table with her last-minute stranger guest. Reading to my classes, I change got up to stood up. Yes, I really do replace a Langston Hughes word with a word of my own. And then when I type up annotation copies of Robert Hayden’s wonderfully stark and penetrating free-verse poem, “Those Winters Sundays,” which begins, “Sundays too my father got up early,” the got up becomes woke up. Showing the students a subtitled animated video reenacting the poem’s narrated memory, I sometimes even spit out a half-joking-as-I-can-muster-up disclaimer about the video creators having made a typo when got flashes on screen.

Never have even my eighth-graders, not even the precocious ones already published in Teen Ink, challenged me on any of this. Maybe get/got conjures a snappy one-syllable succinctness appropriate to a particular scene and its narrative gaze? I often wonder if my students are just being polite. I also worry that, being this young, they are hesitant to challenge writing ‘authority,’ and that I am succeeding in my own form of aesthetic imperialism.

I realize that even third-person narrators are not the actual authors speaking directly but speakers of the authors’ creations. I’m also cognizant of cautions raised about “workshoppy prose” following the explosive growth of American graduate creative writing programs in recent decades. I sympathize with these calls to caution. There is no one best way to write. It is disturbing to imagine M.F.A. graduates manufacturing prose that is more similar than different. I view as seriously as I hope possible Viet Thanh Nguyen’s (foregrounded notably by Junot Díaz and Anis Shivani) admonition that American writing workshops are failing at their core mission:  To mentor all young, unpublished but motivated writers in following their storytelling minds and hearts. And that mission must not involve, as Mr. Nguyen proposes, allowing our “unexamined assumptions” to heavy-hand students into or out of content, much less style. Our task is to facilitate their telling best whatever types of stories they want to tell in the ways they want to tell them. And many of my students are exactly who Mr. Nguyen speaks of as standing in the greatest harm’s way of militant show-don’t-tell teaching aesthetics that discourage the overt political and ethical narratives he says that students of color and immigrant/refugee backgrounds gravitate to. Over half the students at my school are from impoverished families and nearly as many from families whose primary language is not English. If our culture needs new unfiltered styles and voices, it’s those of young people like my students.

All the above said and contemplated, this same nagging editing tic from my classroom befuddles me in my leisure reading life with living published authors too. Stephen King has published more words than I’ve spoken and won three O. Henry Awards (more O. Henry Awards for his short stories than I have short stories published), but leans on get in his Esquire short story, “Mortality.” The third sentence starts: “The way it usually worked, he got home from school at four and . . .” and here I am looking down my nose at the page, wanting to change Mr. King’s got to arrived. I notice five such gets in Jonathan Franzen’s revelatory The New Yorker essay, “Farther Away.” A get appears in each of the first two paragraphs of “To Reach Japan” by Nobel-winner Alice Munro. Chimamanda Ngozi Adichie has done it too. Midway through “Jumping Monkey Hill,” in Granta, a character at the story’s writing workshop became offended and “got up and walked away.” I slowed down, no longer focusing completely on Ms. Adichie’s beauty and magic on the page, ironically in this particular story, writing about writers. Perhaps the joke is on me. I feel like an imposter, suggesting a superior diction for these masters, but every time I encounter these gets/gots/gettings/gottens, I’m convinced that I could rewrite (not write from scratch) these (and only these) particular sentences better.

If it is possible that in this tiny aspect of the writer’s craft, I have stumbled into a style and diction that these authors (and their editors) with millions of books sold and countless awards won haven’t, my discovery has not sprung from any inherent talent. Still I am on to something, even if by accident, something that grants me more aesthetic pleasure with my writing amidst the seemingly near lottery-odds of acceptance for publication and rarely feeling that any piece of my submitted writing has benefited from my best effort and full-time concentration. In light of everything working against emerging writers, feeling skilled in one such small way can be the difference between giving up and pressing on with a particular essay or story. And for this perceived edge, I must thank my students and my writing-teaching day job.

Mark Dostert volunteered as a counselor at Chicago’s 500-cell juvenile jail and later became a full-time Children’s Attendant (unarmed guard). He is the author of Up in Here: Jailing Kids on Chicago’s Other Side, excerpted in Salon and featured at the Chicago Tribune Printers Row Lit Fest. Presently, he teaches at Meyerland Middle School for the Performing and Visual Arts and holds a Master of Arts in English from University of Houston. His fiction and nonfiction have appeared in Ascent, Cimarron Review, The Dallas Morning News, Green Hills Literary Lantern, Hayden’s Ferry Review Online Content, Southern Indiana Review, and The Summerset Review, and been cited as Notable in The Best American Nonrequired Reading 2011, The Best American Essays 2011, and The Best American Essays 2013. Find him at www.markdostert.com. 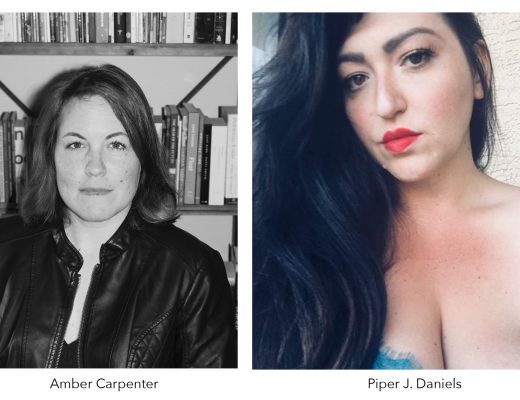 Toward a Counter Memory: A Collaboration of Photography and Prose 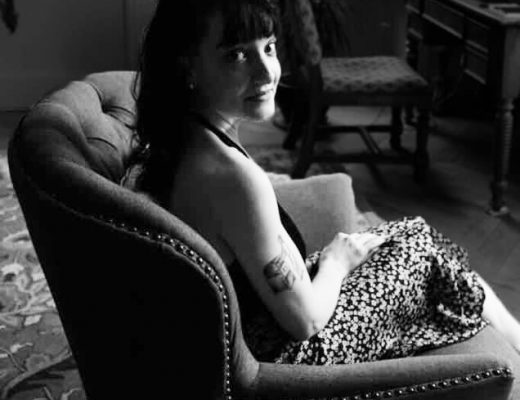