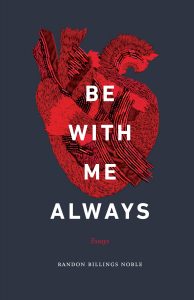 Stylistically, her essays experiment beautifully with space and sparseness. They often work to create a mood and feel as though they would sound best echoing off the walls of an art gallery or whispered in the dark corners of Jamaica Inn.Noble is a virtuoso in the art of gorgeous sentences. In a disjunctive essay on Wuthering Heights, she writes: “There, at the edge of the woods, the cold bled into my lungs, seeped through my soles, crept beneath my clothes. The book lay closed and far away. Whatever I was conjuring slumbered on.”

This essayist has earned her chops. Her work has appeared inCreative Nonfiction, The Los Angeles Review of Books, and The New York Times, and her essay “The Heart as a Torn Muscle” was featured in 2016’s Best American Essays. She has an MFA from New York University and has taught writing for several notable institutions. She also reviews books for the A.V. Cluband is the founding editor of After the Art, a funky new space for art criticism.

Summer homes, long overseas stints in faraway places, nice clothes, and other markers of wealth comprise some of Noble’s prose. They appear in many essays like everyday items, as if a weekend kayaking and expensive jewelry were the same as going to the grocery store or getting dressed for work, which for most of us they are not. As a reader, this lack of awareness pulled me out the author’s impressive ability to create a mood. What insight could she share with the reader if she used her prowess to confront privilege instead of leaving it unexamined?

Be with Me Always has much to teach its readers about longing, experimental writing, and the fruits of reading extensively. This collection is sure to be taught in writing classes far and wide. Noble teaches us the truths of the flaneur, to be a good outsider and essayist: It is important to watch and to try, to think and to create.

Bio: Gretchen Lida is an essayist and an equestrian. Her work has appeared in The Washington Post, The Rumpus, Los Angeles Review of Books, and many others. She is also a contributing writer to Book Riot and the Washington Independent Review of Books. Currently working on her first book, she teaches composition in Illinois, lives in Chicago, and is still a Colorado native. Find her on Twitter at @GC_Lida.