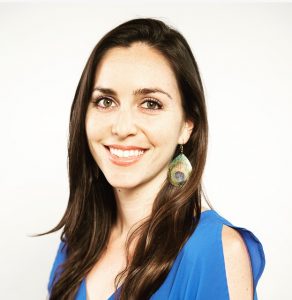 Emerald vines strangle my Boston porch and crawl up the deck where I stand, alone, clinging to wood. At the neck of the tendrils: a single morning glory, a blushing base. And where the flower widens, opening like an unfurling fist: a rich, deep purple—a glazed, twilight sky. Early morning, no other humans in sight. No other eyes studying my tapering limbs, my protruding collarbone, the water pills hiding inside my pocket.

My phone rings—Mom again. The sun sears my legs, intensifying with the nearing birds’ caws. I clutch the rail tighter. My hands shake. I ignore her call.

A text message: Just checking on my girl.

Is she studying photos of me again and remembering her own thin limbs? Examining my shrinking, twenty-four-year-old body and wishing I would open up? I still have not told her of the holes in my ex-boyfriend’s walls. His bloody knuckles. The hazy memory of his hands around my neck, mine around his wrists. My dented fenders, our cocaine. The way my body began to vanish after I left him last year.

I consider calling her back and then don’t. My stomach grumbles.

I peer down at my violet glories and wonder if they’ve opened more since I’ve been standing here, wonder when they will begin to shrink. By tonight—when I’m hiding in bed and opening another book—they’ll disappear. They’ll close and wilt and split from their stems, exhale petals onto dirt.

Tomorrow, new blooms will replace the old, and though I know this I still watch the eggplant petals all morning and think, Maybe today will be different, maybe they won’t disappear, maybe, maybe, maybe, we’ll change our ways.

Caitlin McGill’s work has been supported by the Bread Loaf Writers’ conference, the Ragdale Foundation, and the Virginia Center for the Creative Arts, and has appeared or is forthcoming in Blackbird, The Chattahoochee Review, Consequence, Iron Horse Literary Review, Vox, War, Literature, & the Arts, and several other magazines. She is a 2016 St. Botolph Emerging Artist Award winner and the 2014 winner of Crab Orchard Review’s Rafael Torch Nonfiction Literary Award. She recently completed a memoir about intergenerational trauma, inherited survival mechanisms, immigration, race, class, addiction, mental illness, war, and the cost of ignoring our histories. One essay from her book was named a Notable in The Best American Essays 2016.