This semester, we have another two great artists: Grammy-Award winning vocalist Lisa Fischer will be returning for a second residency, along with acclaimed Jazz Pianist Benny Green! Lisa Fischer is a singer who really gets around. Her life is an endless round of planes, trains, and automobiles, rehearsals and fittings. On tour with the Rolling Stones, Sting, Chris Botti or Nine Inch Nails, her name may not be on the marquee, but she doesn’t care. She’s busy loving every minute of it. It’s easy to see why she works all the time: her astonishing range, her spot-on intonation, her mastery of the stage, the way her tone wraps itself around your heart and won’t let go, the infectious quality of her time feel: these things keep her on top of the list. But it’s the sweetness of her smile, her visible pleasure in watching her bandmates do their stuff, her glamorous-girl-next-door quality that make fans all over the world think she’s their own secret discovery (despite the fact that the YouTube version of her duet with Mick Jagger on ‘Gimme Shelter’ has millions of hits).

The rest of her resume is pretty impressive too: touring, recording, and music making with Tina Turner, Chaka Khan, Beyonce, Dionne Warwick, Dolly Parton, Bobby McFerrin, Alicia Keyes, Lou Reed, Louie Vega, Aretha Franklin, John Scofield, George Benson, Laurie Anderson, Lee Ritenour, Jackie Evancho (and many others). Along with many other top session and backup singers like Darlene Love, Merry Clayton, Patti Austin, and Judith Hill, “the greatest artists you’ve never heard of” (but whose voices are instantly recognizable), she’s featured in Morgan Neville’s Oscar-winning 2013 documentary Twenty Feet from Stardom. In the wake of the movie’s critical and popular success, opportunities abound. Lisa’s been recruited for new studio projects including Billy Childs’ long-awaited Laura Nyro tribute. Lisa, Darlene, Merry, and Judith sang the National Anthem at the 2014 Rose Bowl. And Lisa’s putting together a brand new band to explore some uncharted territory. She’s on to a new leg of the journey, destination unknown.

When Lisa Fischer won her Grammy for Best Female R&B Performance for her hit single “How Can I Ease the Pain,” in an unlikely tie with Patti LaBelle, she almost missed the chance to take the stage and accept her award. Thrilled and amazed to get the nomination, Lisa heard Patti LaBelle’s name announced and started clapping so hard that she didn’t hear her own name called. Onstage, the two singers hugged and swayed together, caught up in the moment. Because Lisa Fischer didn’t just win a Grammy for her first solo single; she was also one of the backup singers on Ms. LaBelle’s award-winning song ‘Burnin.’

The first person Lisa thanked onstage that night was Luther Vandross. Lisa was a Marvellete when she first auditioned for Luther, who was to become her employer, her mentor, and her champion. She is honored to carry on his legacy, striving for excellence, taking care of business, getting up early, staying up late, showing up on time, letting the music take control, singing her heart out, night after night. 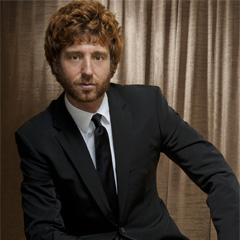 Benny Green
In Residence from November 9th through the 15th, with Residency Concerts at the historic Jazz Showcase on November 12th through 15th.  For tickets and more information about these concerts, visit https://bennygreen.eventbrite.com

Benny Green possesses the history of jazz at his fingertips. Combine mastery of keyboard technique with decades of real world experience playing with no one less than the most celebrated artists of the last half century, and it’s no wonder Green has been hailed as perhaps the most exciting hard-swinging, hard-bop pianist to ever emerge from Art Blakey’s Jazz Messengers.

Benny Green, unconditionally, is the bearer of the torch and guardian of a legacy handed down to him, personally, by his musical mentors. His most recent recordings, Live in Santa Cruz (2015) and Magic Beans (2012) (Sunnyside) are shining examples of his brilliance. Since emerging under the tutelage of Betty Carter, Art Blakey, Freddie Hubbard and Ray Brown in the early 1980s, Benny Green has become a highly regarded pianist and bandleader. His efforts to expand upon the language of the classical jazz canon have placed him not only among the best interpreters but also among the vanguard of musicians keeping jazz’s evolution going.

Born in New York in 1963, Benny Green grew up in Berkeley, California, and began classical piano studies at the age of seven. Influenced by his father, a tenor saxophonist, his attention soon turned to Jazz: “I began trying to improvise on the piano, imitating the records I’d been hearing from my father’s collection, which included a lot of Monk and Bird… it was a gradual process of teaching myself”. Benny never looked back and never stopped learning as his blossoming talents, supported by mentors such as Walter Bishop, Jr. and others, plus his love for the music propelled him to the upper strata of jazz luminaries.

Benny’s list of credits, accomplishments, and accolades could literally fill a book. His recordings with the masters form a foundation of jazz education. Some notable highlights include: Beginning his touring life with Betty Carter for four years and realizing a life long dream of becoming a Jazz Messenger; In 1993 Oscar Peterson chose Benny as the first recipient of the City of Toronto’s Glen Gould International Protégé Prize in Music culminating in Oscar & Benny (1998) recorded for Telarc. Appearing on well over one hundred recordings, with legacy artists such as: Betty Carter (including Grammy award winner Look What I Got), Art Blakey & the Jazz Messengers, Freddie Hubbard, Bobby Watson, Milt Jackson, Diana Krall, and he is particularly featured in Ray Brown’s trio series of CD’s for Telarc: Bass Face (1993), Don’t get Sassy (1994), Some of my best friends … (1994), Seven Steps to Heaven (1995), Super Bass (1996) and Live at Sculler’s (1996), to fresh faces like Japan’s young drum virtuouso, Tiger Onitsuka.