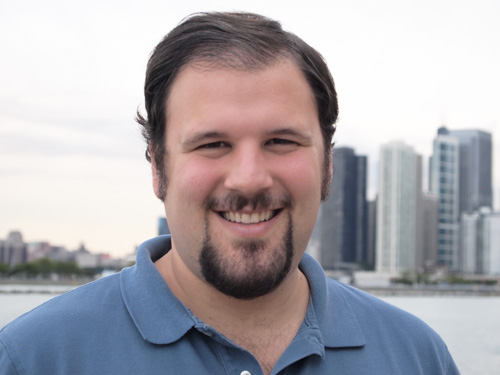 I came to filmmaking from a bit of an odd angle. As an undergraduate student at the University of Illinois in Urbana-Champaign, I started volunteering as a sexual violence prevention activist. I joined a program that trained peer educators to give sexual violence prevention education workshops to audiences of freshman students, and I was very passionate about this work. The stakes mattered to me: I knew that if I was effective and able to reach my audience as I spoke, the information I was sharing with these students could change the course of their lives. It could prevent a rape from happening or help someone in need.

But, as you can imagine, getting through to uninterested freshmen was no easy task. We were taking them out of their already busy lives and forcing them to sit in a room and talk about a subject that they didn’t really want to talk about, and that they may have had bad prior experiences with already. I often encountered huge waves of resistance from these groups right off the bat, and would have to work hard just to be heard. Opening their hearts to empathizing with rape survivors often seemed an impossible task.

Eventually it dawned on me: what if, instead of presenting this information in a straightforward workshop, it was instead packaged within a story – the kind of stories we see in the theaters?

Thus my exploration into filmmaking began. I made two films, a 64 minute documentary and a 13 minute drama, both of which centered on sexual violence-related issues. I also continued to explore media’s transformative potential by enrolling in Fielding University’s Media Psychology and Social Change Graduate program, the only program in existence of its kind. There I studied the psychological impact that media and stories can have on us.

I enrolled at Columbia because after spending so much time focusing on figuring out what kinds of stories I want to tell (and what impact I’d want them to make), I still needed the tools regarding how to make them in the real world – especially if I want them to reach wide audiences!

For a few years I’ve salivated from a distance at the prospect of enrolling in a Producing Master’s program. The problem? They’re almost all in Hollywood, and most involve training students how to do things the Hollywood way. I want to produce, and I want to make movies that are both meaningful and commercially successful, but I’m not necessarily drawn to following in all the footsteps of how things are done in the big leagues. I also was a bit turned off by the prospect of entering an industry that is swimming with sharks.

I came across a pamphlet that discussed the philosophy of Columbia’s brand new Creative Producing MFA program, and I immediately resonated with its vision. Bruce Sheridan, a veteran producer and founder of the program, designed the program based on trends that I’ve been noticing myself in the movie industry. With equipment and technology costs coming down, it’s becoming more and more possible to create professional quality movies for less – which means that independent start-up efforts (like the kind I want to create) will be able to increasingly give Hollywood a run for its money! As this direction – being an independent producer who has the wherewithal to put projects together outside the mainstream system – perfectly fits with my vision, Columbia seemed like a natural next step for me.

Since I am a new student (and as the Creative Producing program is brand new, too,) I haven’t yet been involved in any projects of note: hopefully as the year progresses, my blog will be packed with information for you to check out if you’re interested. I can, however, tell you about one of the experiences I’ve had so far, after only a month of being in the program.

I recently, along with a large group of other Creative Producing students, sat in on a pitching session in which directing students at both the graduate and undergraduate level pitched us their story concepts. This was their moment to “sell” others on their projects, and ideally drum up the support they’ll need from other students to fill in as their production managers, editors, and of course, producers among others. I was fascinated to see how much diversity there was in the ideas that were discussed. Some directors were pitching horror movies, some pitched comedies, some of the stories involved love triangles, and another astronaut who has returned to Earth after spending 10 years on Mars.

As I watched, I was feeling some trepidation. All of us producing students were there to see if we were interested in producing a project, and as the pitches continued I began to wonder: “is there a project here for me?” While I can enjoy kicking back and watching a horror flick, making one would probably be a different story for me. My fears, however, turned out to be for nothing, as by the time the last director gave their pitch, I had three leads of stories that resonated with me.

Will I produce one of those films, or a different one? You can stay tuned to my blog to find out! In the meantime, please feel free to get in touch with me if you have any questions about Columbia or about the Creative Producing program. I’d love to hear from you.