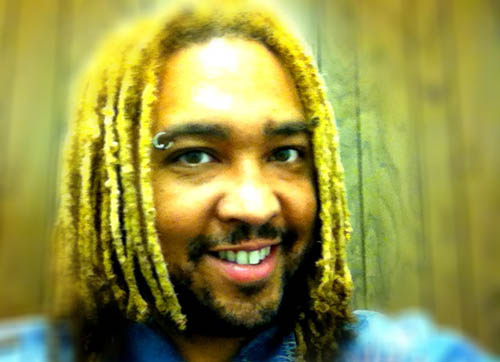 Ask about my background and I’ll tell you honestly, “I’m a Jack of all trades and master of few.” I know the quote is “none,” but I like to give myself credit. Having varied life experiences may not be ideal on the recession era resume, but it is what a storyteller needs to relate with audiences. I’m originally from Oak Park, IL and began working in a family business at 12. My responsibilities included teaching computer skills to laid-off workers. As an undergrad I completed studies between Morehouse College and Boston University earning a BSGS/BS in Biomedical Engineering. There I interned with NASA and researched everything from lunar colonies to manned trips to Mars. Following graduation I returned home and founded The Company Upstairs Performance Troupe. After writing, directing, and acting across Chicagoland and a stint in business school I moved to Los Angeles to work in the TV Lit department at United Talent Agency. There I focused on writing, winning the ABC Writing Fellowship, through which I was staffed on “Desperate Housewives.” In 2007 and 2010 I penned scenes for the NBC Diversity Scene Showcase. In 2008 I wrote the award winning short “Free Lunch” which screened in the prestigious 2009 Clermont-Ferrand International Short Film Festival. Before attending Columbia I was selected to participate in the FOX Writing Initiative to develop my hour drama pilot, “Lost Angels.” In short, we all bring a different perspective to filmmaking. Mine is that of an African American, script writing, NASA trained, business geek.

About a year ago I was visiting family in Chicago mulling over what direction I wanted to take my…well…life. At the time I was living in Los Angeles pursuing a writing career but did not feel I was reaching my full potential. I knew I needed to continue my education. At that point the school search began. When considering institutions my top choices included places respected friends and colleagues had attended. Columbia College of Chicago flew to the top of the list. So what were some of the factors? To begin with I was amazed by the Media Production Center. The selection of equipment, motion capture capabilities, and fact that they have a great audition space was thoroughly impressive. I have seen many projects suffer at the audition phase so this is no trivial issue. Next we have locale. As an Oak Park, Illinois native I recognize Chicago is a major market, a beautiful city and its neighborhoods are great backdrops for storytelling. Most importantly, when I met with the faculty and staff I felt like I was joining a supportive, creative community. They focus on developing the filmmaker as a whole. We aren’t segregated into “writer” or “director.” We earn the coveted writer/director “slash.” This decision, which has consumed my life for the past year, will enable me to develop my own voice and explore my role as a fearless storyteller.

You brush your teeth, wash your face, and then find a small bug on the edge of your pillow. You check the sheets and notice a small blood stain, then five, and then ten. Now your life has been reduced to obsessing over ridding your house of the culprits–bedbugs. Imagine all this while suffering from an obsessive compulsive disorder. This dilemma is the inspiration for my short film project called “Bedbug.”

The bedbug scourge has already cemented itself in modern cultural zeitgeist making it the perfect subject to tackle in film. My goal with the project is to challenge the audience’s idea of human control over environment while making them squirm. Because it is early in the process my focus is on outlining and scene development. Time is spent brainstorming lists of visual moments and then picking the ones that best support the theme and outline. For example, a moment may be the image of woman wrapping her mattress with plastic wrap. This visual serves as the genesis of a more complete scene, such as a desperate woman entering a room, clearing out the items piece by piece, then in a rage stripping her bed of the sheets and wrapping the mattress in plastic. Because I am not censoring my ideas this free-flow exercise allows me to quickly accumulate material. This freedom of expression leads to a deeper understanding of the project and, hopefully, a finished script.