The second year students in the Music Composition for the Screen MFA program had the immense privilege of working with Vivek Maddala for the first half of our fall semester. Vivek is one of the most insightful, generous, helpful and overall pleasant composers I have had the chance to work with. He brought with him episodes of Warner Brother’s reboot of the classic cartoon Tom and Jerry for us to re-score while he critiqued our work from the perspective of a major studio executive. This type of exercise is nothing new to us, as we treat almost every project with real world applications in mind. Vivek gave each composer in the program five weeks to score an episode from start to finish, a total of seven minutes of continuous music.

Learning the nuances of scoring for animation and pleasing the “studio executive” (played by a four-time Emmy winner!) was challenging enough. Yet in every class Vivek still made time to go over massive concepts with us that rounded out our understanding of the composing world. He imparted wisdom on audio engineering and acoustics (Vivek is also a successful audio engineer, with eight patents to his name), functional harmony, and general information about the business that will serve us well when we head to L.A. in a few months.

Here’s a bit more about Vivek: he broke onto the scene by winning a competition to score a silent film for Turner Classic Movies, which led to a lot more work for TCM. Vivek has received five Daytime Emmy nominations, with four wins, in the category of Outstanding Music Direction and Composition. He scored the Peabody Award-winning film American Revolutionary: The Evolution of Grace Lee Boggs. Vivek also produces music with various recording artists and has toured with one of my favorite rock bands, Boston! Since the pandemic, Vivek has been writing a column called “In Theory” at Stereogum, where he breaks down popular songs to give listeners a deep dive into familiar tunes.

Even with the immense pressure of pleasing an incredible composer like Vivek, I think the hardest part of our intense seven weeks of study was having to say goodbye. The silver lining is that we will be out in L.A. for our summer semester come June, and we’ve all seen the pictures of Vivek’s amazing studio (with a pool!), so this was really just saying “see you later.” 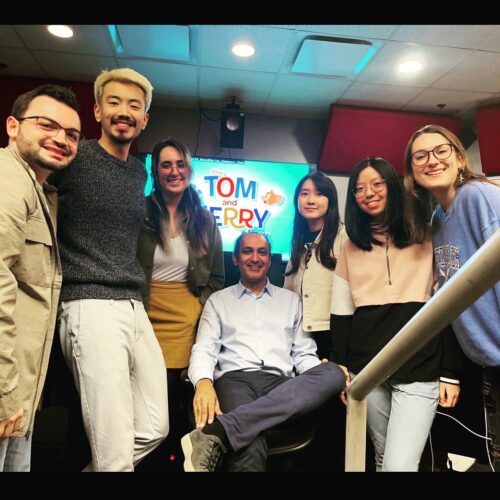 I also have to note the other incredible composers our program has introduced to us over the last few weeks. Through the MFA program, we were able to attend composing masterclasses held at the Chicago International Film Festival with composers Mychael Danna (Life of Pi, Where the Crawdads Sing) and Kris Bowers (Bridgerton, Green Book). Mychael emphasized respecting musical cultures and cultivating a sense of creative wonder, and I gained insight into ideal collaborative processes from Kris. Both composers were extremely gracious and generous with their time and expertise, taking moments to answer our questions and take pictures with us.

During our weekly forum classes, we continued to meet with guest composers who contribute immensely to our field. Matthew Margeson and Keith Horn stopped by to give us insight into their day-to-day lives. Matthew explained to us the challenges to scoring the recent film Lyle, Lyle, Crocodile, and Keith reinforced a ton of Vivek’s themes—he had recently composed over one hundred episodes of Disney’s The Muppet Babies show. Keith also talked about ethics in composing and about putting in the work so you can make time for your priorities. 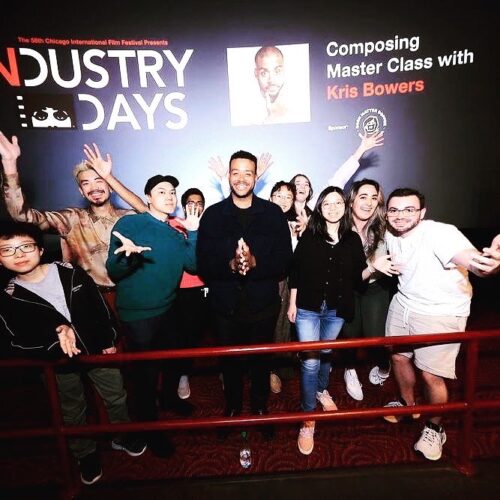 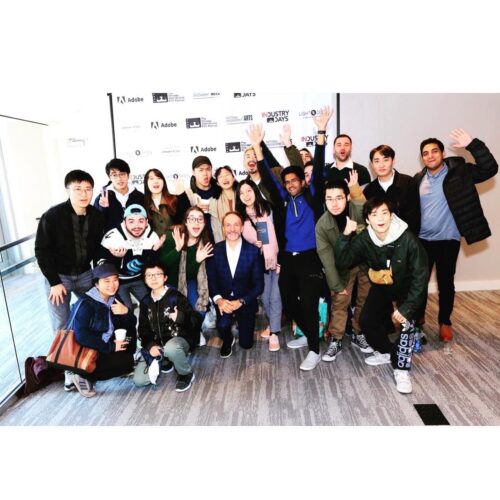 Lastly I am thrilled to say that the first inter-department mixer between the composers and directors at Columbia College Chicago was massively successful. About forty students got the chance to meet each other, find out about each other’s projects, and start collaborating. It was modeled after networking cocktail parties in Los Angeles. While the promise of pizza may have had a hand in drawing the crowd, once students were there, the air was filled with laughs, ideas, and plans for collaboration. Here’s to the second half of the fall semester!

Here is a link to Vivek’s latest “In Theory ” article. This one is on the ultra-popular, much-memed “Africa,” by Toto!