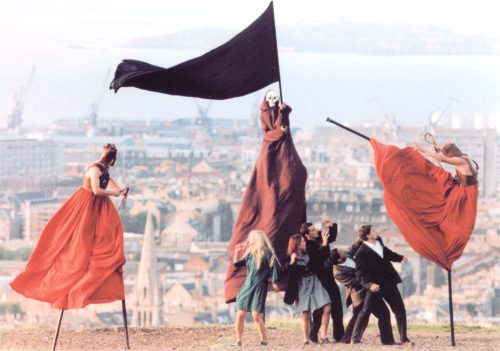 “Ah! What a pleasure to have the courage to make art that dares to be misunderstood.”

It’s a very Berlin sentiment. To dare to be outrageous, inflammatory, provocative. In Berlin, being provocative is almost a prerequisite for living here. Graffiti can be found in even the poshest of neighborhoods, an entire stretch of seemingly abandoned buildings in Friedrichschain are actually teeming with communities of squatters whose very purpose is to live in protest of capitalism. When I hear “make art that dares to be misunderstood,” it seems easy to do here, par for the course. The stones in the pavement of Prenzlauerberg are paved with these dares (even as it has succumbed to gentrification). There seems to be an overwhelming desire, a particular Berlin flavor of ennui, that craves conflict and provocation to sustain itself. It gives me a boost in courage to take that dare laid out by Arthaus’ founder, Thomas Pratki, in response to our latest module.

But when I think about taking my work back to the States, which I inevitably will, it becomes quite terrifying. I don’t need as much courage in Berlin to take the dare, but in the States, I am daring to defy a foundation built in the image of Hollywood blockbusters which tell you how to feel and when to feel it, movies that hold your hand so that you don’t accidentally misunderstand their meaning. I used to think that was something to strive for, but deep down I knew all the work I made this way felt hollow. Is it satisfying to learn a lesson at the end of a story? Absolutely. But does it have the same organic, gut wrenching angst of Tarkovsky’s Stalker? Does it make you itch to run around and rip something to shreds the way Teatr Biuro Podrozy’s “Carmen Funebre” did when they spit wine in their audience’s faces and burned their own set to the ground in the aftermath of the Bosnian war? 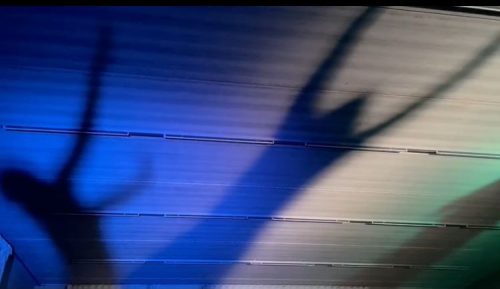 From a light experiment by Lucy Fourgs at Arthaus this year

I’m slowly coming to the conclusion that we Americans like to think we love change, that we were built by revolutionaries so we must still be revolutionary, but we clearly desire order and pretty things. We clean up graffiti and label protest movements “anarchism” in order to keep things tidy. We belittle the anger and frustration of the younger generations as “gen Z chaos” or “millennial angst” instead of acknowledging the pain it stems from and listening. We don’t like to be confronted with the dark underbelly of our own existence. How would this America react to the art that “dares to be misunderstood”?

But isn’t that what a dare is for? Is it not more daring to bring a piece of street theater to rural Nebraska than to make provocative art in a place that wants to be provoked. So, I’m gathering my courage, taking the steps in the incubator of Arthaus and Berlin, so that when I step up to the dare, I will be able to find the pleasure to say what I must say, with all the courage it takes to say it.