I was born and raised on the south side of Chicago. I attended DePaul University for my undergrad, receiving a degree in Exercise Science with the hopes of one day becoming an Athletic Trainer in the NBA. I worked in sports throughout my undergrad years and the years after, everything from being an NBA team attendant to interning for a sponsorship-marketing department to working in soccer operations. Even though I was working in the sports industry, an industry I grew up loving and admiring, it didn’t fulfill me. 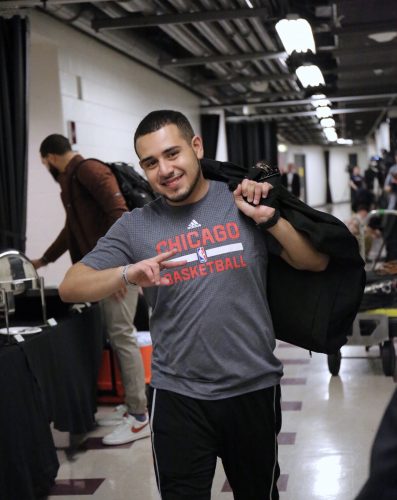 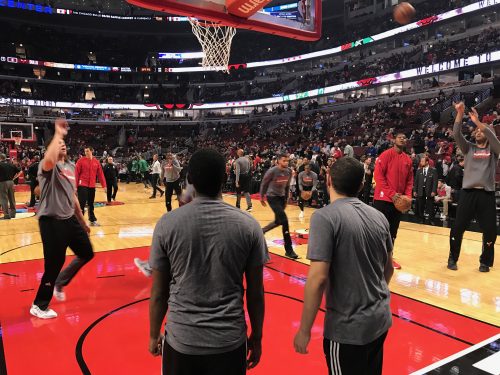 When I realized that I still could not get over my dream of telling stories, I decided to study comedy. Imagine a shy, introverted person studying comedy at some of the most iconic comedy institutions. That is comedy within itself but is a story for another day. That experience helped me find my voice and style of storytelling. Humor allows us to view humans more accurately. We all have flaws, and with comedy, you get to point those flaws out and even make fun of yourself. 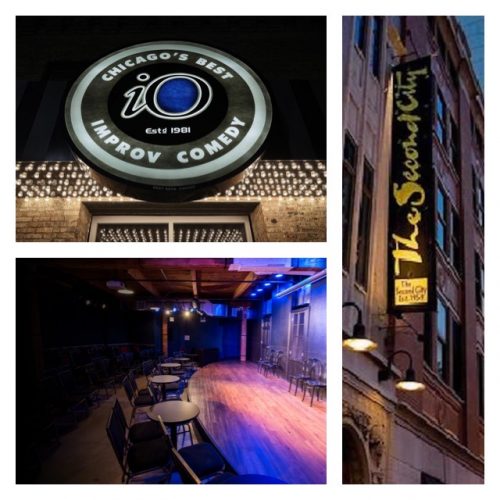 I am currently in the second semester of grad school, so I finally feel like I am getting the hang of things. This semester has felt better than the first semester. My first semester was tough. It was extremely fun, but it was a lot of work. One of my professors told us that grad school gives us more work than we could handle to allow us to work on many different projects once we’re into our careers.

This graduate program has been a really hands-on experience. I have enjoyed learning, putting together everything that goes into film production, and watching a story come to life. There are so many pieces to it, and knowing that I could do it all, feels good.

The best part has been that even though we are working on shooting short films this semester and putting all that together, at the same time, we are working on developing other projects that might be bigger. It is incredible to be working on many different projects at once, being so busy, and still producing quality stuff.