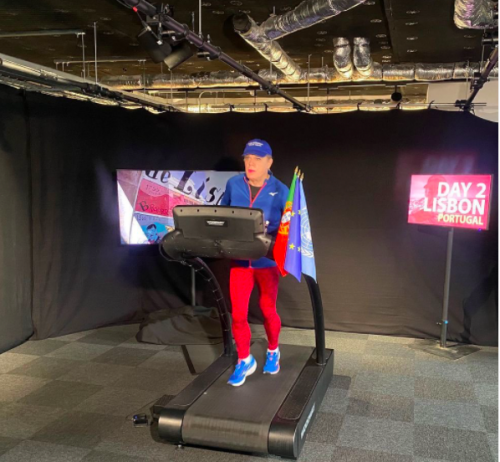 Eddie Izzard has set herself an “impossible” task of completing 32 marathons in 31 days for charity.

Why do video games have “nightmare modes?” Why do we run marathons? What is the point of the Olympics? Why do we both delight in and dread impossible tasks?

There is an exercise I was introduced to when I began my Meisner acting training. A group of about thirty of us were put in a very tiny space and told to volley a ball 100 times. The ball couldn’t hit the ground, and the same person couldn’t hit the ball more than once. This didn’t seem so difficult at first, but after the first three failed attempts, when our ball landed on the floor or double-hit within the first five volleys, 100 seemed like the most impossible task this instructor could have given us.

I remember feeling the energy shift in the room after twenty or so failed attempts, when everyone looked around the room and at our instructor, Larry, trying to suss out whether or not he actually was going to make us do this. Larry just sat in his little chair, watching us, saying nothing, and the group collectively realized that we needed to change something if this task was going to be completed.

Gradually, the group began to work together; the show-offs stopped showing off so much, the lurkers started to participate more. As we found ourselves getting up to 80 volleys, 85 volleys, the group got excited. We were so close! I remember getting to 97 and the ball got hit twice and the giant exclamation of regret and anger that came from the group: “We were so CLOSE!!!” And when we FINALLY hit 100 volleys the room erupted in cheers and hugs. We had done it! And it felt so good to have completed something that felt impossible for so long. We were so proud of ourselves, of what we have accomplished, as if we had conquered Everest instead of simply volleying a ball 100 times. 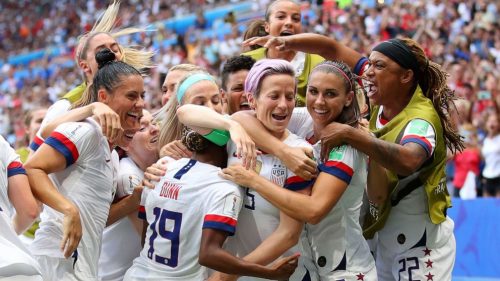 This exercise has stuck with me and I’ve never quite been able to pinpoint why. I remember how happy I felt when we hit 100, and I remember how impossible it felt when we were at the beginning. I remember feeling grateful that I hadn’t given up, even though I was getting so frustrated. And oh, do I remember feeling frustrated. What the hell did volleyball have to do with acting? The answer was about the relationship of the group to itself, of course. Our relationship and opinion towards each other, not just one-on-one, but thirty-to-thirty. We weren’t just concentrating on a task, we were becoming attuned to each other’s nuances, building strategies to accomplish the goal, living in the MOMENT, pumping each other up, encouraging one another, expressing delight and excitement at one another’s successes. In that group of thirty, the individual ego disappeared into the group’s ego. We had forged a bond that day; I’m still close friends with several of those people. All over some silly volleyball exercise. 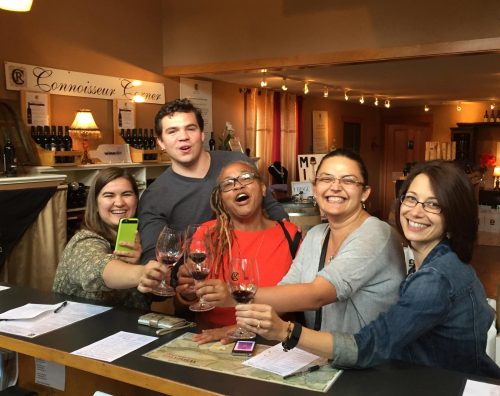 A few us celebrating our volleyball exercise success after class in 2016.

I think about this exercise sometimes when we’re given devising prompts in graduate classes here at Columbia. Sometimes they do seem quite impossible to achieve, for any number of reasons (not the least of which is coordinating our work schedules and commutes!). A lot of the work we do as devisers demands that we relish these seemingly impossible challenges. It demands we work together, as a group, cohort, ensemble, to create something by improvising in the moment, encouraging each other, being understanding and knowing when to participate and when to make space for others. It’s exactly like volleying that ball over and over. We won’t always succeed, but when we do, it is because we support each other and tune into our group mind to accomplish something we didn’t think possible.

I think my current fixation on impossible tasks stems from the need to remind myself that while something can SEEM impossible, it doesn’t always mean it is. When I’ve failed twenty times before I’ve even really begun and just feel like giving up, I remember that it took way more than twenty tries to volley that ball—but we did volley it. And maybe, the next time I try this thing called life, art, theatre, grad school, the ball won’t hit the ground. Maybe this time it will actually stay up.