In my last two blog posts, I talked about projects in the classroom as part of the MFA Composition for the Screen program, but there are more ways to engage with the Columbia community than only doing classwork. We have both an extensive film department and a video game department that are always looking for student composers to write music for their projects. These projects have gone on to film festivals and games conferences throughout the country, which makes for exciting opportunities for collaboration.

Most of my collaborations have come from working with the film program. There are opportunities to score a number of live-action and animated films every semester. Collaborating with the filmmakers imitates how working as a composer would be in the real world. On my most recent project, I had both a director and a production supervisor review my work and give me feedback. It was an interesting challenge to fulfill what they are asking for, even when they contradicted each other a bit. My favorite thing about these collaborations is the range of styles there are in the films. In my time here I’ve had to write music for intimate strings and soloists, 50’s doowop, 20’s silent era orchestra, and traditional Indian instruments. This range of styles is what has been most exciting for me, because it allows me to really hone my personal sound throughout various genres.

I haven’t had a lot of experience writing music for games, so I reached out to my friend and classmate Ryan Redebaugh (check out his track in the playlist!) to talk about collaborating with the games department. Finding out about game projects is pretty easy because they will reach out to the composition department when they’re ready for music. Once they do that, the composers that are interested will send demos to the game developers they’re interested in working with based on the descriptions of the game and the music they would like for the game. Once you’re working on a game, you meet with the developers to get a better feel for the game and what they need from the music and how it could be implemented into the game. Something that is a bit of a challenge is that most of the time you’ll be writing music for a game but only have art or ideas as visual guide for the look of the game. Ryan says his favorite parts of working on games is the freedom in creating the world of the game, creating something unique and inventive, and collaborating and finding new possibilities with the developers.

Quite frequently I find myself collaborating with other composers on out-of-class projects. For example, Brandon C. Stanley and I will be working together on an animation project over the next semester, and Ryan has worked with Christopher Puckett on the game Installation 23 (see image below). Also, there are opportunities to work with talented musicians from the school to create a better score (check out my track above to hear Brandon on clarinet and Hua-Hsuan Tseng on cello).

What I love most about collaborating with people on projects is getting to work with multiple people to create a piece of art. I also like being able to make the people in charge of the project happy with my contribution and seeing all the parts come together. Collaboration is the foundation of being a media composer and being at Columbia really allows me to practice the skills required to be a successful collaborator. 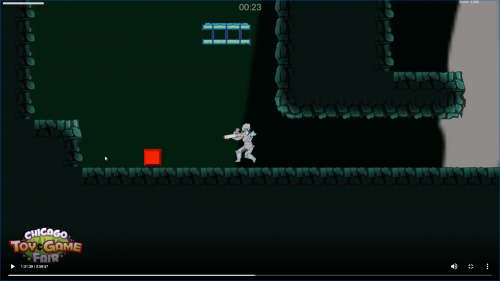 A photo from a recording session for “The Cardinal”. Left to right: Brian C. Herald, Hua-Hsuan Tseng, Alex Brinkley 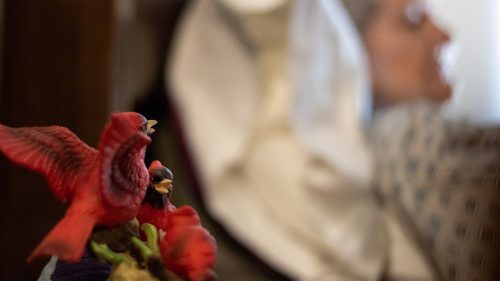 A picture from the set of “The Cardinal”. Directed by Nick Forsythe.