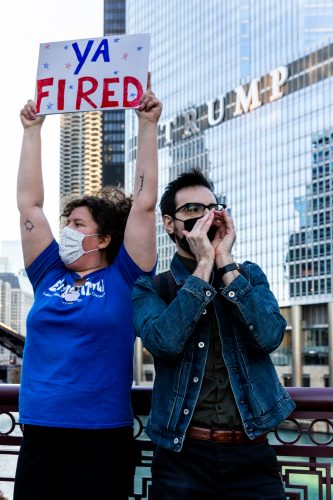 Chicagoans celebrate as Biden/Harris declares victory in the 2020 Presidential election.

In thinking about my introductory blog post and what I wanted to discuss I wondered whether or not I should curb my political leanings in favor of a generalized “Hi, hello, so you’re thinking about attending grad school.” Ultimately I decided a lack of candor would not only be a disservice to myself, but a disservice to anyone who was seriously considering investing two years of their life and a considerable amount of cash into a venture that some would say is entirely unnecessary even in more certain and stable times. But artists are at heart dreamers. We live for creation in times of chaos and in moments of stillness. It is how we process our experiences and how we make sense of the world around us. If there was ever a time to invest in ourselves and our futures, it is now. As the country struggles to come to terms with its injustices and as we begin the process of repairing this nation, we as artists have a responsibility to use our platform to transform these moments of chaos and unrest into visual histories and spaces for questioning, retelling, and healing. 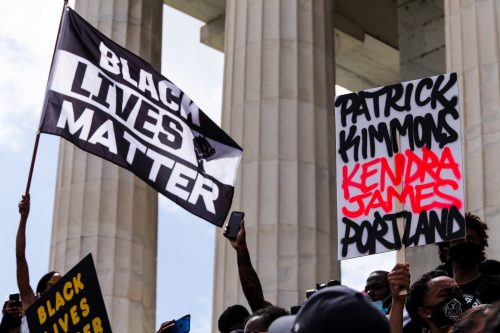 I am what is considered to be a ‘non-traditional’ student, meaning that I took a significant amount of time in between my undergraduate years and entering grad school. In those fifteen years I worked as a freelance event photographer, growing my business and brand into a successful full time venture that supported a life I quite enjoyed. My clients included the food and liquor industry, tech company’s like Google and Microsoft, multi-day music festivals and art and education institutions like the Institute of Contemporary Art and Harvard University. I created a life that worked for me and my need for spontaneity and variety on a day to day basis.

Still, I eventually became less and less interested in the work I was making. I found that though I was proud of the work I made, the speed at which the work was produced, turned-over, released, and discarded made for images that existed as fast-photography. Once the images were used the work no longer needed to exist. Outside of my work at the time, I was concerned with social justice and seeking ways to support marginalized communities. Eventually, I was unable to hold the dissonance between the work which I created and the world in which I was interested in helping to create. I made the decision to apply and attend Columbia in 2018. Leaving the world I had built behind was incredibly difficult but I knew that if I didn’t make the leap now I would always be wondering ‘what if?’ When COVID hit and quarantine put an end to in-person education, I naturally questioned whether or not I had made the right decision. Art school online sounded like a very cruel joke. I’m not going to tell you that remote learning is my favorite thing, but I am going to tell you that making art in a world that is collectively grieving and processing at a time when isolation and self-reflection is the norm is an experience that serves us if we allow it. After the initial shock of the pandemic subsided I found a community within Columbia College that may not have been available to me had the world not decided to implode. Whether I was running into peers at protests in the streets or attending phone banking sessions with professors, the heightened sense of urgency that has erupted in the past six months has solidified for me the importance of art in times of crisis. Now more than ever the world needs artists to imagine the world we want to inhabit and to render that world in a way that suits all us all.