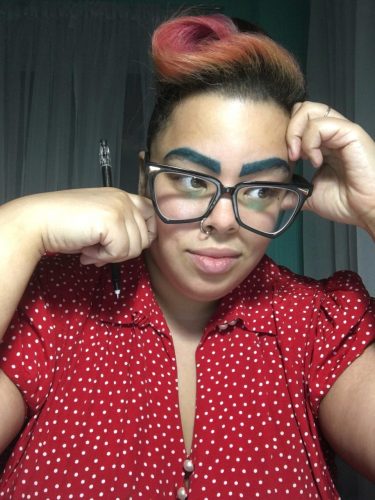 I live inside of a Zoom screen now, might as well lean into it, right?

Hello out there! Cruel Valentine here. I’m a second-year student in the Master of Arts Management program, and I hold a Bachelor’s degree in Musical Theatre from Columbia, as well. I’ve been a part of the Columbia College Chicago community in one way or another since 2006. I’m a multimedia performing artist, burlesque and adult entertainer, educator, and creative business consultant, and I also work as a Graduate Teaching Assistant and a Student Assistant in the Office Transfer Student Initiatives on campus as well. Columbia was a huge part of the impetus for my creative career, which began at the end of my freshman year.

Since March, we’ve heard the phrase “unprecedented times” ad nauseum. With over seven months of precedent established, what have we learned?

As Columbia shifted online this spring, folks were scrambling and feeling lost. Some were even ill or close to someone who was. “Returning” to virtual classes was daunting and surreal, on top of the semester already being academically challenging. I’m so lucky to have a tight-knit cohort in the MAM program, without whom I don’t know how I would have made it through the semester in one piece.

Enduring finals week from home tested my patience, my focus, and my fortitude. No matter how much you work on a computer day in and day out at school, suddenly shifting to attending class exclusively online feels bizarre. Everything begins to coalesce in a way that makes classes, conversations, assignments, meetings, and social interactions feel indistinguishable from one another. It was hard! But I did it. We did it.

Despite everything, my cohort ended the semester stronger than ever, exhausted but proud of the work we accomplished in the face of adversity. Some highlights for me included crushing several individual and group project presentations virtually, nailing a finance final that I was certain would end me, and producing an online fundraiser show with my Artist Management practicum class that raised over $850 to help the Chicago Artists Relief Fund provide aid to creatives struggling during the pandemic.

Since March, it’s felt as though time is both flying by and standing still simultaneously. Just yesterday, we were welcoming spring, and now school is in session, pumpkin spice is back, and the dog days of summer are long gone. As a self-employed performing artist, my life now looks very different than it once did. With a full year of tour dates canceled, I shifted into the brave new world of performing online, making 31 appearances with companies nationwide. I’ve also increased the volume of my consulting and educational work. It’s been challenging, but I’ve been finding success and learning a lot about my capabilities.

So much has happened for me since this past spring. I’ve spoken virtually at Northwestern University as well as consulting with them on topics in feminism, intersectionality, bodily autonomy, and sex work. I was also the first runner up for their Feminist in Residence fellowship. A television pilot I was in premiered in May, and around that time I also began modeling for a startup offering virtual figure drawing sessions to artists and universities. I partnered with my friends and supporters to raise over $3,365 (so far!) for the Chicago Community Bond Fund, Brave Space Alliance, and other local Black Lives Matter adjacent organizations. Additionally, I’m now halfway through my coursework to obtain a professional certificate in diversity and inclusion online through Cornell. Just two weeks ago, I took the LSAT and I’m now starting my law school applications. Finally, in addition to taking five classes and serving as a teaching assistant for four more, I’ve dedicated much of my time to developing new curricula, including co-authoring and presenting a successful workshop on the intersection of online sex work, patronage, and the arts in the time of the pandemic, for which we were able to offer 19 community-sponsored scholarship slots to participants in need. In the remaining extra time I’ve had, I’ve also been able to reacquaint myself with some of my neglected passions like music and poetry. 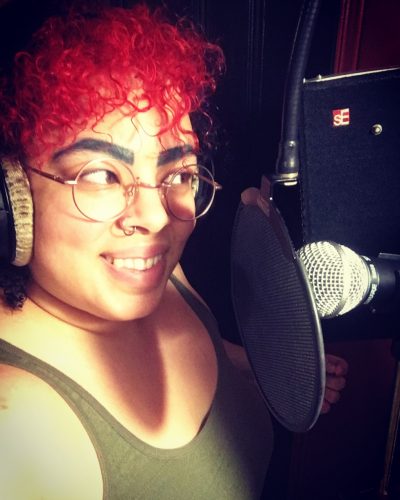 In short, I’ve been a bit busy, but it’s provided me with a framework to help me stay productive and keep me going. Through the inspiration and motivation of my peers and instructors at Columbia, I’ve been able to persevere, even when everything around me came to a halt. Through these challenges, I got to see my Columbia education, both graduate and undergraduate, in action daily. Through the entirety of this ordeal, I’ve actively utilized my knowledge and experiences from every class I took last school year to not just survive this, but to be able to really work toward thriving through this, and helping others to do the same through my consultancy.

I’m fortunate to have such a wealth of opportunity still available to me during such a weird and difficult time. Columbia is and always has been a school by and for innovators. We were built not simply to weather change and challenges, but to take hold of them, to weave them into art, recast them into stories, and draw forth from them opportunity and bounty, always with an eye toward the future.