There is the film you write, the film you shoot and the film you release. If you’re lucky, they’re the same film; but, more often than not, those films are different. The key to making it through those stages and making a project you and your team can be proud of, is being adaptable.

As I work on post-production for my thesis, I’m learning how to adapt to, first and foremost, the footage. There isn’t a lot that can change with footage. You have what you shot, you can definitely make tweaks to the footage, but, for the most part, the footage is the footage and you have to work with it. Doing your best with what you have is a skill. One of my professors likes to refer to production as “making the parts” and editing as “the build.” You have to get creative with what and how you build the film based on the parts you got in production. That can be hard, but it can also be fun. As a writer/producer, I’m learning to not to be too attached to the initial script and viewing this as an opportunity to, sort of, rewrite my film. 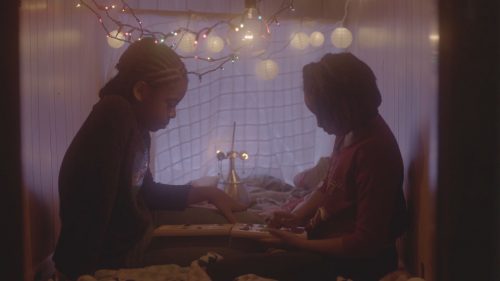 The second thing I’m learning to adapt to is feedback. As you seek feedback about your film, you will probably get unexpected notes, jarring questions and sometimes hard to swallow criticism. It’s easy to assume that people simply don’t understand your story, but it’s important to consider that this is your first audience and they’ll probably have similar views to what later audiences (you know, the ones who’ll be watching the finished film). I’ve discovered that considering opinions but taking the time to weigh them carefully is in my best interest and will, ultimately, probably lead to making a better project.

Another thing I’m learning to adapt to is my own inconsistency. I’m learning that it’s okay to change my mind as I go through the editing process and to give myself room to try new and exciting ideas that pop in my mind in the middle of your commute home. The worst that can happen is that it doesn’t work, you hit Ctrl + Z a couple of times, and you act like it never happened. But, this is the chance to explore. 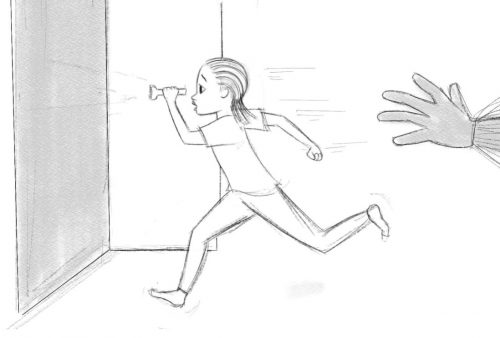 The last thing I’m learning is to adapt to the environment. As the community practices social-distancing to curb the spread of COVID-19, I’m figuring out ways to work remotely with my team and be conscious of the fact that everyone is adapting to changing work dynamics. As a producer, giving folks the time, space and support to do their best work is important to ensuring that we make a film we’re all happy with despite the hurdles we had to clear to get it done.