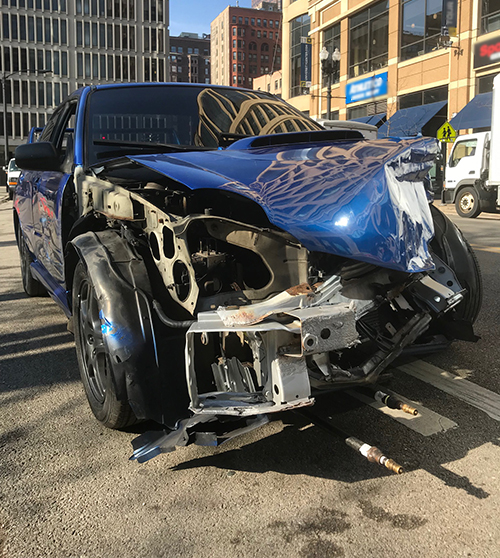 This is an actor. No actual vehicles were harmed during filming.

We live in tumultuous times so one never knows what to expect when one exits the Red Line in the morning to the sight of a car aflame. Was there a demonstration that turned ugly? A terrible accident? “How will this affect my day,” one thinks, “and is the entrance to Dunkin Donuts blocked off?”

Luckily, this catastrophe turned out to be another magical Hollywood moment. The cast and crew of Chicago Fire were simply filming another exciting scene of their telenovela right in the middle of the Columbia College Chicago campus. A few people didn’t get the memo, as I personally witnessed a young couple take selfies next to the car before calmly calling 911.

We are fed a narrative that any disruption to our daily lives caused by filming is outweighed by the taxation of the show, the money “pumped into the city” and publicity benefits. It is exciting in a way to see television being produced live before one’s eyes. The amount of people it takes to film even the most mundane of scenes is astonishing. Many of us want to be part of that magic.

But I teach Tuesday mornings. And I’ve never benefitted from the money “pumped in” by the show and, while we may need publicity, I don’t think Chicago needs another image of danger representing our city. All I wanted to do that morning was get to class.

As a teacher, I’m far from strict but this particular week was finals week. I had become quite officious with my students with my reminders to, under no circumstances, be late that week. Now I was in danger of becoming a hypocrite because the entire 500 block of South Wabash Avenue was blocked off. 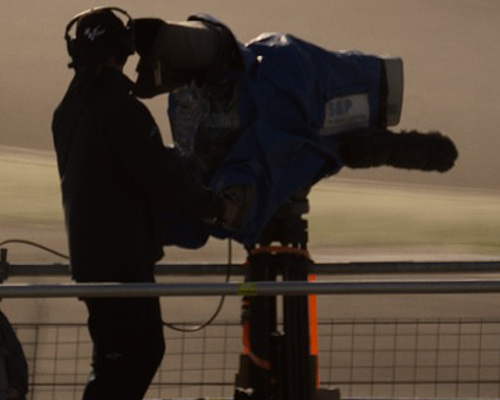 Columbia students and faculty were granted passage along the public sidewalk. The issue was that there was a table the size of the one in Leonardo’s “Last Supper” taking up the majority of said sidewalk. What’s worse is that the table was stacked with cereal and bagels rather than something more Hollywood such as Tungsten lights or Panavision cameras. I was going to be late for class because some union electrician wanted to spread marmalade on his croissant!

I thought about exercising my constitutional right to complain, but I was surrounded by plenty of actual on-duty policemen. Here were Chicago’s finest, allowed to babysit Hollywood. They were augmented by a cordon of yellow-vested security guards. Luckily, they all seemed to be texting, so I shoved a cinnamon-raisin bagel into my pocket as a sign of my disobedience.

A second-unit director yelled, “Cut!” Someone extinguished the car fire just as I turned into the 33 East Congress building. I broke the bagel into 18 pieces and communally shared it with my students. It was 8:58 a.m.

Sure, Chicago and fire go way back, but calling a show Chicago Fire is a bit like calling a new Oklahoma sports complex the Dust Bowl. Can’t we move forward? Should we talk about how Hollywood came up with a show about firemen in Chicago and the extent of their creativity was to call it Chicago Fire? Can’t Hollywood get out of our way so that our Columbia students can take their finals and then go on to create more interesting and entertaining things? Believe me, we have both the talent and the sense of civic responsibility.