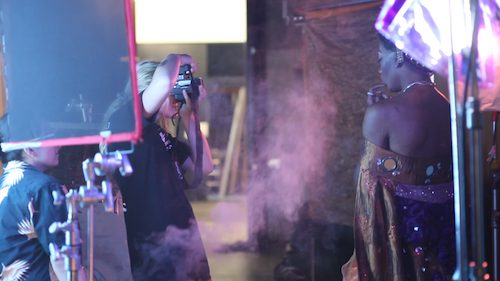 When I hear the word “crowdfunding” come up in conversations about funding opportunities, I want to run away and hide until someone tells me that it’s over and that I’ll never have to do that again. I’ve managed a crowdfunding campaign before and it’s no easy task. If asking for money from individuals to fund your film is hard for you (which for most people, it is), then imagine doing that every day for forty days and, on top of that, implementing a marketing and outreach strategy for that campaign. It’s not easy, and it’s a fairly painful process. However, it’s extremely rewarding and there are ways to get through it so that it doesn’t feel like you’re running a marathon without having trained for it.

Crowdfunding is one of the many topics that have come up in our marketing and distribution class at Columbia College Chicago. The most popular crowdfunding platforms out there for filmmakers are Kickstarter, Seed & Spark, and Indiegogo. Kickstarter has been around the longest, and remains an “all or nothing” campaign. Seed & Spark is newer, but it’s tailored for filmmakers and also operates as a distribution platform. With Seed & Spark, filmmakers have to reach at least 80% of their target amount in order to receive the funds. The fees for using both platforms are more or less around the same amount. Each platform has a 5% platform fee, although Seed & Spark offers backers the chance to cover that fee. In addition, there are payment processing fees of about 3% to 5%. Indiegogo is a crowdfunding platform commonly used by filmmakers and entrepreneurs which allows you to take any and all monetary contributions to your campaign. In addition, you can accept donations through Indiegogo after the campaign has ended.

Besides knowing the differences between crowdfunding platforms, it’s also important to know your target audience. Some wise words I received recently in my marketing and distribution class were “target audience is not just a demographic.” By understanding your target audience, the best thing to do is ask yourself questions about the people you know would be interested in your project. Where do they hang out online? What social media do they use? What type of films do they watch? Where do they watch films? How do they spend their free time? By answering these questions, it’s easier to deduce a kind of common ground between all of them. Perhaps it’s an academic setting, or they all enjoy comedy and seek it out on a regular basis.

There are so many other important elements to a crowdfunding campaign. One thing I’ve noticed filmmakers do is set a target amount that is too high, and they end up reaching a significant amount but it doesn’t add up to 80% or 100% of their target. In order to avoid doing this, it’s good to know ahead of time what your cushion amount is: the percentage you know is coming from friends, family, and even your own personal investment if you have it. That amount should be around 35% at least. The other hindering trend I’ve noticed on campaigns is the option for backers to choose from many lower tiers (e.g. $15, $25, $35, etc.). Less is more in this case, or if you can find a happy medium, that’s good too. I’ve also noticed that campaigns with fiscal sponsorship tend to receive higher donations because they become tax deductible.

I hope that sheds some light on crowdfunding. Sometimes it’s easier said than done. I hope to incorporate some of these tips on my next campaign, which will take place in about a month. (And in that case, I better hit the ground running now!) 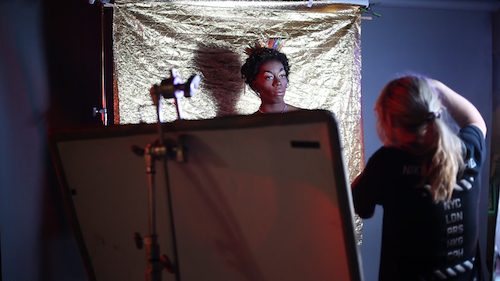