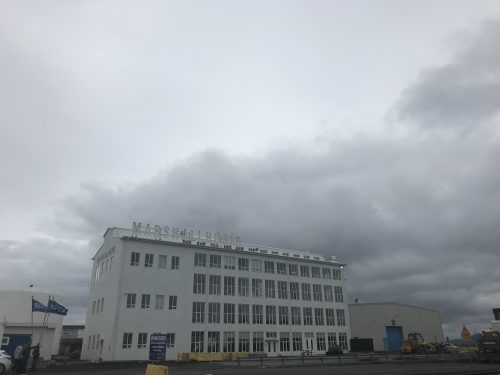 I’m writing this a few days late on the other side of a trip to Iceland. I’ll admit, it’s a bit of a stretch to relate a trip to Iceland to my work in arts management, but I do think that there are a couple of components of traveling that can always be related back to arts and administration. There is first and foremost the cultural aspect of seeing the arts of other countries. In our case, my travel partner and I went to the Marshall House in Reykjavik, a contemporary art center that has three different galleries and a restaurant on the ground floor. 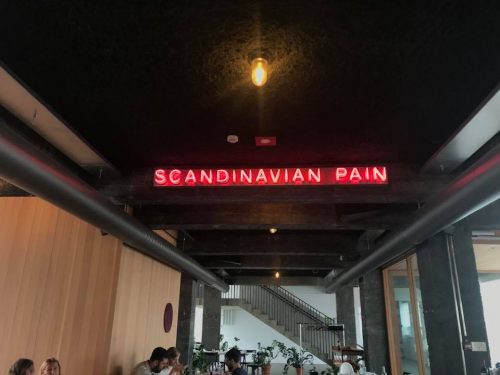 Is there anything more Scandinavian than Pain? A neon light on the ground floor of the Marshall House.

The Marshall House also has the Olafur Eliasson Studio. Eliasson is an installation artist and sculptor whose work I have followed for years. It was magical to see his work again in the context of his home country. 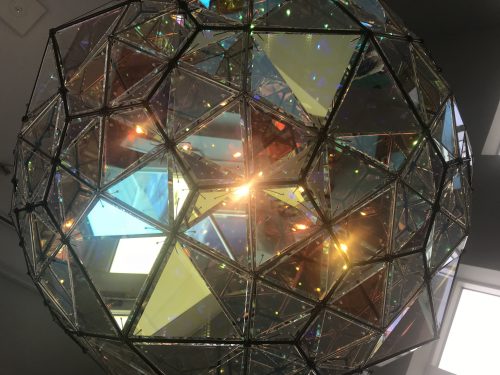 A close up of one of Eliasson’s pieces in his studio in the Marshall House.

Around the corner from the Marshall House is a public artwork called the Thufa, which is a small hill with a winding path that leads to a fish shed on top with dried fish in the shed. It is also another truly Icelandic experience, and remarkably fun and mildly scary to wind your way up to the top of the (relatively small) hill. I have a fear of heights, so I’m easily activated. A closeup I took of Thufa

Overall, the amount of art we saw in the country was remarkable. From the public murals on nearly every available wall in Reykjavik to the Eggs at Gledivik Bay (a 30 piece sculptural installation representing each of the eggs of the local birdlife), Icelandic creativity was prevalent in droves. We drove the ring road of Iceland, meaning that we basically drove a circle through the entire country. Beginning and ending in Reykjavic, we also took in the local Icelandic drag on our last night there. I applied and was accepted to perform with Drag Sugur, a drag group that performs once monthly at an alternative bar named Gaukurinn. The performers and related organizers who worked on the night were wonderfully warm, open, welcoming people. We finished the night at the apartment of the show’s stage manager, Atli, who regaled us with all the tales possible of Iceland itself and Icelandic drag.

One of the most stunning moments of the evening was the celebration of Drag Sugur’s very own Gogo Starr being named Lady of the Mountain for Iceland’s Independence Day parade. Their independence from Denmark is celebrated on June 17, and every year they name a Lady of the Mountain to represent what Iceland views as genuinely and purely Icelandic. The fact that they named a drag queen to the role was a monumental testament to Iceland’s progress as a nation in LGBTQ acceptance and its acknowledgement of drag. The performances of the night ended with Starr reading the negative comments from Facebook about her being named the Lady, and then a raucous celebratory group dance to counterbalance the negativity. It was a marvelous moment to witness. And the barrier-breaking role that drag plays as the artform of the queer imagination.