The months of April and May have been considerably better months in so many ways. The birds are finally starting to chirp and the grass is slowly turning greener. Going into production for project 2 and preparing for pitch fest has been exciting, exhausting, and incredibly satisfying.

The producers have been developing project 2 since their first semester. As part of the MFA program and our acquisitions class, we went through the formal process of acquiring the rights to original material. In my case, I acquired the motion picture rights to a short story titled, Don Johnson Is Not Your Man, written by the talented Kara Vernor. I was paired with director, Kathryn Lunte, in the MFA Directing Program to bring on as a work for hire screenwriter and director. I couldn’t have been more lucky to work with Kathryn, who is incredibly talented and hardworking and has been passionate about this project from beginning to end. Set in 1987, the film is a coming of age story that takes place in the suburbs where a young teenager, Chloe, witnesses her older brother’s obsession with the TV show Miami Vice and his descent from selling cookies at the mall to dealing cocaine. The story was a good one, but there were so many challenges along the way. Developing a short story into a film is incredibly challenging, mainly because filmmaking inherently requires a structural story arc that short fiction doesn’t always have. In addition, prose allows for an internal dialogue to take place, whereas character actions are what drive a cinematic story. Cinematic language is very different from the written language. 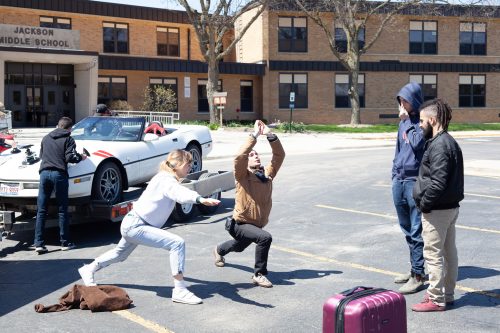 Yoga on set, Don Johnson Is Not Your Man

While Kathryn and I were finishing up the development process for the screenplay, we also had to move forward with pre production, which meant casting calls, location scouting, and locking in crew. There were considerable obstacles in regards to all three of those. We needed a house, a cookie store, a mall, and a car and they had to believably exist in the 1980s. We had moving car shots. We had a minor on set. We had a seven page script that we needed to film in two days. Considering all of the challenges we were faced with, we miraculously pulled off all of them and couldn’t have been happier with the end results. On top of it, we had an amazing cast and crew that helped us get there and none of it could have been done without them. 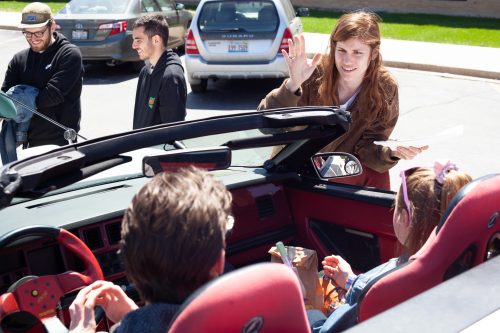 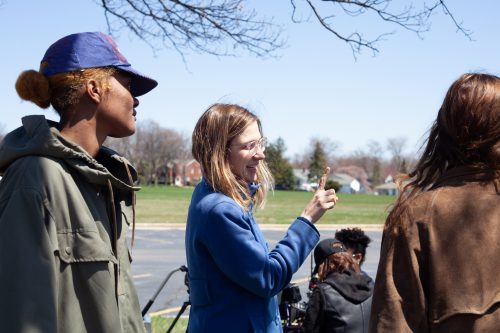 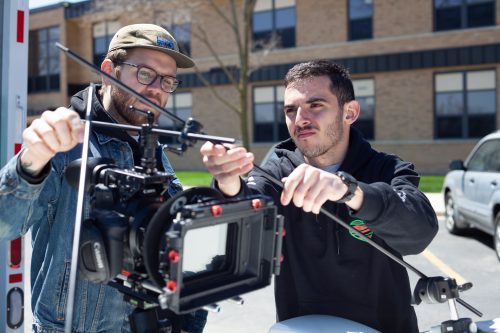 After we finished up production for project 2, we were quickly thrown into the week leading up to the MFA pitch fest. The pitch fest was an opportunity for the first year MFA producers and directors to co-pitch three stories to faculty were developed throughout the semester in our Story Development class. The three stories/scripts are potential concepts for our thesis projects and in the second year we work with two faculty advisors on developing a thesis project. The pitch fest lasted an entire day and there were plenty of takeaways from the experience. It was great practice to go through the process of having to pitch a story in an engaging way and convincing them of the viability and producibility of that story. 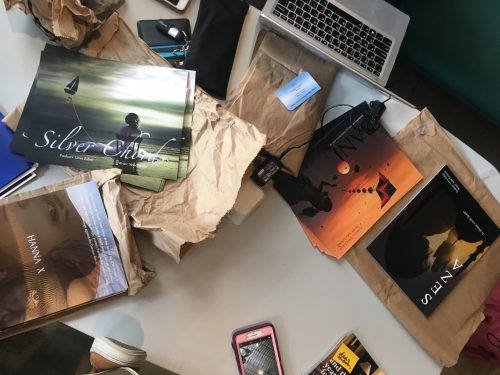 One Sheets from Pitch Fest