It’s February. Eight inches of snow. 30 hours of rain followed by freezing temperatures. 65 degrees the next day, and foggy. Chicago is like that.

Columbia College Chicago is at the south end of the Chicago Loop. Looking north there’s nothing but skyscrapers. To the south the buildings are still tall but begin to get a little more honest. To the east is Grant Park with Lake Michigan just beyond that. I’m skipping west, because I can only think of a parking lot and access to the El Red Line train that way.

I’ve written about Columbia’s location before, but I was thinking about it again in context of all this dynamic weather we’ve been having. Seeing the campus and its environs wearing so many “skins” over such a short period of time makes it impossible for me to take this graduate school experience for granted. 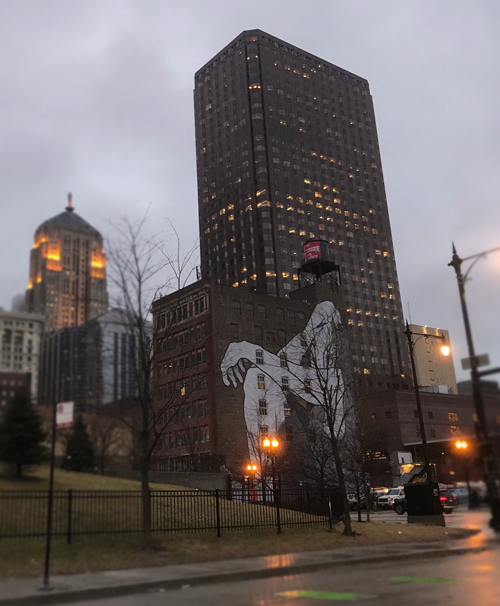 The fog descends upon the city.

It’s that feeling where you think you know something, know about something, or are so used to something you hardly consider it at all.  But then something gets unlocked and you see it all again as if it’s the first time. Thinking about things in this way incorporates something of the concept of “de-familiarization,” an important framework I’ve learned here at Columbia. I learned about de-familiarization during my first semester from Distinguished Writer-in-Residence Aleksandar Hemon.

In this case, the unlocking or re-imagining comes courtesy of the very weather we Chicagoans like to complain about. Usually I take the Blue Line train from my job west of the Loop to classes. I then walk east from LaSalle Street over to Michigan Avenue through streets filled with hurrying pedestrians (all of them texting on their phones as they go along) adjacent to endless vehicular traffic with angry drivers always honking their horns. All this and me are watched over by giant buildings filled with even more people. Maybe it’s not New York, but it sure is chaotic.

But I became immune to it. Really, I just check traffic (check left, check right, check left again) before entering an intersection, avoid people who would otherwise run into me as they text and walk, and just look at my watch often to make sure I’ll arrive to class on time. All else is sort of a dull blur. And that’s a shame, because there’s so much to experience. 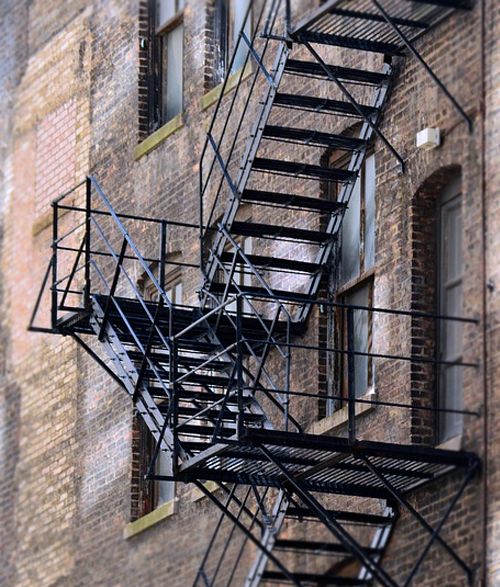 Last Tuesday, after the rain melted the snow and after all that standing water froze, it began to get warm. As the ice melted, so much fog permeated the area that visibility became a problem. The fog rose and hung there (you’ll have to ask a meteorologist about the physics of this phenomenon), obscuring all but the bottom floors of the skyscrapers. Not only that but a peaceful silence overtook the entire south Loop and although there were people and cars I felt as if I was there only one in all the city. I continued my walk to school, as though I’d never taken the trip before.

This is all just to say take a moment–any moment–and look around you. Look at something you’ve seen a million times, and then see it again for the first time.