It’s January and I completely forgot to write down my new year’s resolutions. Is that something that people do weeks before the new year, giving it much thought and attention? Or is it a last minute to-do on new year’s eve, or the day after with a champagne hangover? The action itself is a form of procrastination, which is ironic considering that one of my new year’s resolutions is to make a gallant effort toward overcoming procrastination.

A more positive spin on this new year’s resolution is to work towards mastering time management, to make an effort towards understanding and applying ways in which I can improve my time management skills.  As a producer, it’s important to understand various time management approaches and strategies and be able to identify what works on an individual level and as team player.

As I identify the need to work towards mastering time management, I’m also realizing the importance of creating action plans for projects and personal goals. I already have production dates set in my calendar for five projects that I will be producing throughout this upcoming semester.  Each project involves a plan of action leading up to those dates.  I’ve probably stressed this before, but I believe the most important pre-production steps that need to take place are helping your director lock in a director of photography, talent, and locations.  These steps are bound to at the top of the action plan.

As the semester approaches, I’m excited to be in the classroom and on set again.  In addition to classwork and film shoots to look forward to, I’m also assisting some of my peers in curating an African Film Festival for our community, which is scheduled to take place throughout the third week of February. The entire curating/programming process is new to me, which is exciting and already rewarding. There is so much happening behind the scenes when it comes to film programming, including (but not limited to): fundraising, establishing partnerships and sponsorships, obtaining screening rights, identifying and inviting panelists for panel discussions, booking screening locations, marketing the festival, etc.

In addition to my coursework and projects, I also look forward to my internship with Full Spectrum Features, which will take place throughout the Winter/Spring semester.  Full Spectrum Features is a 501(c)(3) organization based in Chicago that is committed to increasing diversity in the media arts by producing, exhibiting, and supporting the work of women, LGBTQ, and minority filmmakers, while aiming to educate the public about important social and cultural issues. I’m fascinated by their sustainable business model and consistent ability to create high quality, innovative work that represents the voices of marginalized groups.  As a producer and content creator, I believe that my mission and work closely aligns.

All in all, as I reminisce while looking at some of the set photos from last semester (sets I worked on as producer and various other roles listed below), I can’t wait to hit the ground running this year and make some new memories! 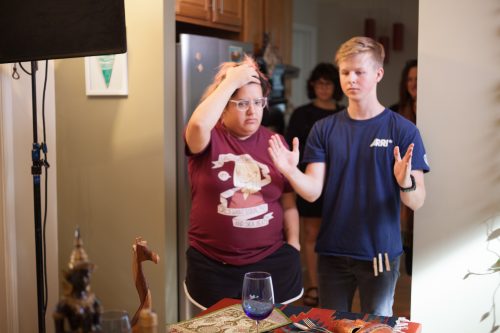 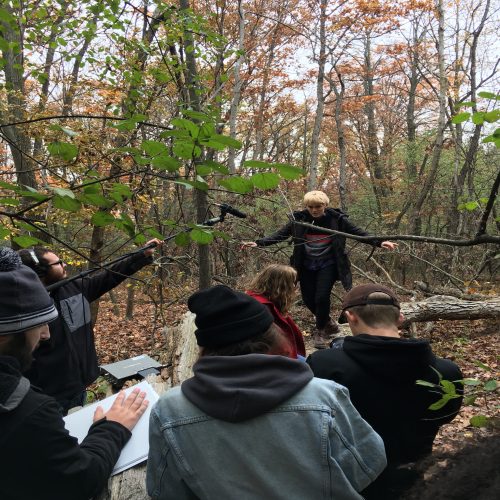 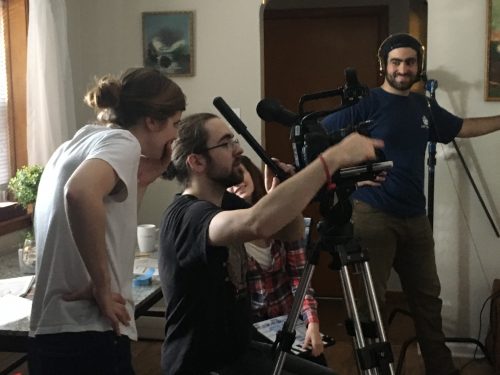