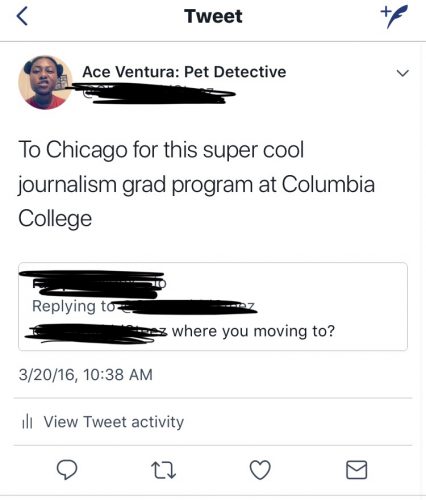 Wow wow wow. In three weeks I’ll have completed (super duper hopefully) what I set out to do just a year and a half ago.

Though I didn’t apply until 2015, I had Columbia on the brain as early as 2010–my sophomore year of undergrad at Baylor. I remember tweeting about the Creative Writing and Poetry programs, thinking about going to grad school in my ideal city. I remember thinking about Columbia again in 2012, after I’d graduated trying to figure out why it didn’t feel like the right time for what I knew I wanted. I guess that unsettling feeling was more a “not now” than a “not ever.”

Initially, I was afraid for several reasons. I had never lived so far away from what I considered home as an adult. I went from living no more than 2.5 hours away from family and friends to living 15-hours away. I was in a brand new city that was way more urban than any place I’d ever lived. I had to learn a public transportation system for the first time ever—I was not in control of my own travel time for the first time ever.

I’ve been pretty terribly shy my whole life. I’ve found ways to finesse it as an adult, but when I got here, my comfort zone was shattered. I couldn’t finesse getting through this program; I had to be brave or I wasn’t going to make it. For me, that meant getting out and learning the transit system, venturing out on my own, calling sources, asking the hard questions, going for the opportunities I wanted no matter how difficult they seemed. I decided to be the one who goes to the networking or the extra credit events and I wanted to be the one who spoke up in class when I disagreed. I got to be that person I never really was in grade school or even undergrad. And I’m still not totally that person—free of nerves, always confident, always speaking up, able to entertain and shmooze when needed.

I tell every prospective student I talk to (not that there are a ton) that if they can be survive being a broke, tired, hustler of a college student for this 18 months, it’ll be worth it. And it has been worth it, but for bigger reasons than a degree or an internship. I got the academic part and that could be admirable in some circles, but the growth and guts it’s taken to do the academic things are what matters most. I had to step further into myself and dig deeper to do the things I knew I could do.

So change is good. New things are good. Tough things are worth doing. And this will be a thing that you can be proud of yourself for, in the end. 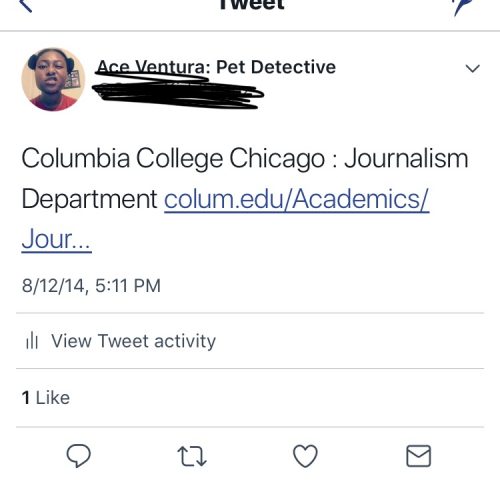 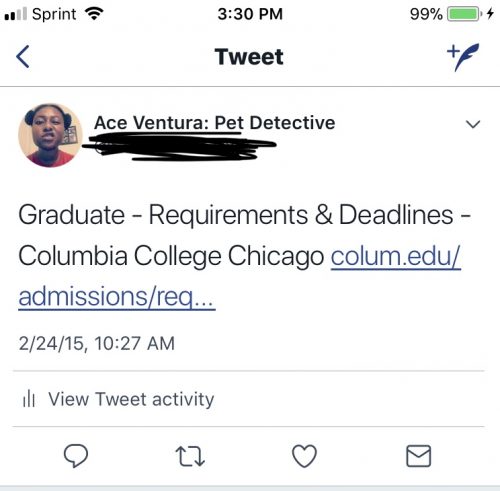