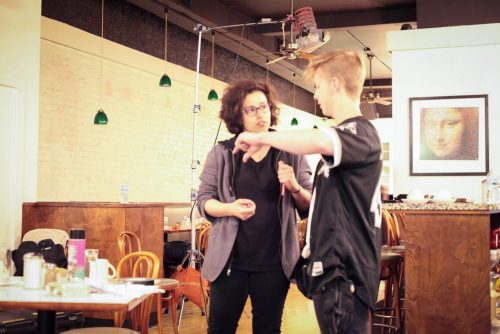 Weeks into the Creative Producing program, I began to hear the project phrase “baby adaptation” thrown around by faculty and second year grad students.  I was intrigued, but I didn’t quite understand what they were referring to. Was this project going to be my creative baby? Isn’t my thesis project my creative baby? What exactly do they mean by adaptation? Eventually, the term was formally explained to us. The producing cohort would be assigned with creating a concept that was loosely based on a script excerpt, which would then be written and directed by one of the first year writer/director students. We then hit the ground running.

The baby adaptation was our first production of the year, and was assigned to us in our Writing for Producers class. The producers started the development process by choosing one script excerpt out of eight and developed a concept loosely based off of the story, characters, or setting in the excerpt. We then wrote a logline and synopsis of the concept, which was given to the graduate students in the directing class. The producers were paired with directors based on the producers’ rankings of director statements and directors’ rankings of concepts.  The producers wrote a treatment for the short film, and the directors wrote the screenplay.  After the first draft was reviewed, the producers provided script notes to the directors.  At the same time, the producer/director teams were tasked with finding a crew, scouting locations, and holding casting calls.  In addition to the treatment and producer notes, various preproduction documents included location release forms, certificates of insurance, casting breakdowns, talent releases, crew deal memos, script breakdown sheets, prop lists, wardrobe, SAG (Screen Actors Guild) paperwork, shooting schedules, call sheets, etc. 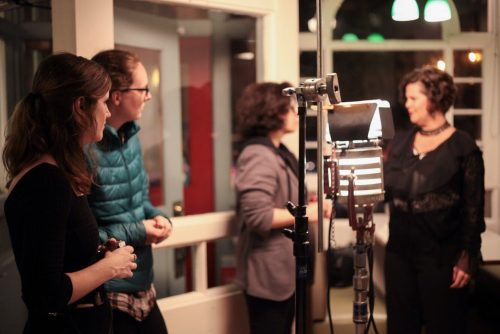 There had been so many takeaways from this project and throughout the production process, I wouldn’t know where to begin. First, I wanted to make sure that the director I was working with felt connected with the script, which meant that we spent a considerable amount of time developing the characters and material so that it would resonate with the both of us. Second, locking in crew (especially a DP – director of photography) and locations were most important and needed to be done as soon as possible.  From there on out, it was important to make sure that everyone was prepared and had what they needed to do the job.  From a producer’s standpoint, that meant that all of the necessary preproduction paperwork had to be signed.  At Columbia, equipment needs to be reserved far in advance and it’s extremely important to know the school equipment policies and how the checkout process works. That also meant continuous check-ins with the director in regards to finalizing the script, preparing a lined script, and shot list.  It’s incredibly important for the director to meet with her director of photography and her main actors as much as possible. As a producer, I felt it was important to ensure those meetings occur. 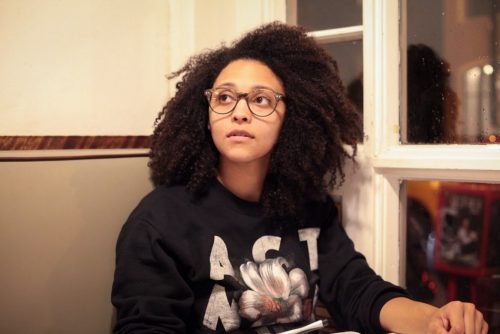 At the end of the day: communication is key, whether you are expressing ideas, problems, or solutions.  It’s important to ensure that everyone on your team feels heard and is given the appropriate communication channel. So many problems can be solved by something as simple as a phone call.