Just this past Tuesday I headed north on the Red Line, exiting where the neighborhoods of The Gold Coast and Old Town meet. It was 5:10pm and I was twenty minutes early for a very special dinner engagement. I was trying to remember if it was considered proper social etiquette to arrive five minutes early or five minutes late. I walked around the block a few times and decided to knock on the door at precisely 5:29. Turns out I was one of the last to arrive.

Along with most of the other Graduate Student Ambassadors and staff from Graduate Admissions, I was about to have dinner with Dr. Kwang-Wu Kim, President and CEO of Columbia College Chicago. I confess to being somewhat nervous entering the beautiful brick house as I was ushered in and made my way to the living room, where everyone was sitting before the fireplace. I was worried my personality would be too unconventional for such a high-ranking administrator, and briefly considered I might end up being expelled like a misbehaving fifth-grader. 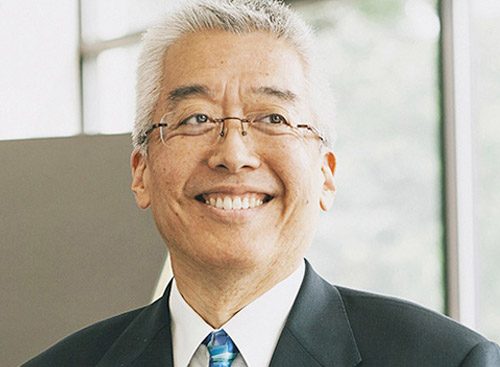 When Dr. Kim rose to greet me any fears I may have had were laid to rest. Dr. Kim is a warm individual with genuine concern for the student population of Columbia College Chicago. The ambassadors and staff were encouraged to relax, to be ourselves and, above all, to be candid. The evening was to be a social event certainly, but Dr. Kim also wanted our insights into what we, as students, felt was or was not working at Columbia.

Some of the topics discussed were the length of graduate programs at Columbia (It’s a good time to point out that the Nonfiction MFA program is three years), the new student center going up on 8th Street and Wabash Avenue, and how to achieve greater cohesion and cross-disciplinary collaboration between the majors. Everyone contributed thoughtfully to each topic as Dr. Kim listened with alacrity. Every so often, the serious talk would give way to humorous anecdotes and jokes.

When it was time for dinner, two great doors opened up to the adjacent dining room where a plethora of choices was laid out before us buffet style. Everything was succulent, but my personal favorite was a kind of cheese mini-biscuit the circumference of a half-dollar coin. While eating, I noticed that Dr. Kim’s home is decorated throughout with incredible art from Columbia’s students and alumni. Toward the end of the evening, we were served coffee and (I think) parfaits. 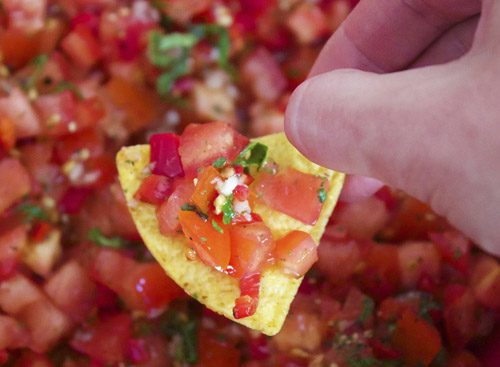 I’m “nacho” sure I should have eaten so many of these.

Because Dr. Kim is so humble and laid-back, it’s easy for me to forget that I had dinner with the PRESIDENT OF COLUMBIA COLLEGE CHICAGO!!! I have both worked and studied at other Chicago and Chicago area higher-education institutions and I can assure you there was zero opportunity for me or any other “mere” student to have an audience with the Dean or President of any of these institutions, much less dinner. The cool thing is that you don’t need to have a title like Graduate Ambassador to talk with Dr. Kim. He has regular office hours where any student can make an appointment and meet with him. Topping it all off, Dr. Kim is also faculty and teaches in the Music Department.