A question that seems to come up quite often from perspective students is: “How much film experience or technical skills do I need to get accepted into Columbia College Chicago?” The answer, of course, is “Technically, you don’t need any experience at all!” This may seem antithetical to a graduate program in film, but as an MFA Directing candidate, you won’t be the one running the camera or setting up lights. You’ll be the one crafting a vision and story that everyone else works to help you turn into a reality. And besides, once you get in, you get to partake in a three-week-long film making boot camp designed to teach you everything you need to know.

I personally graduated from the University of Colorado (Go Buffs!) with a film degree, but only about half of the directors in my cohort have a degree in film production. The most important thing about us as applicants wasn’t how well we could light a scene, or a wealth of understanding for how location sound works. The most important aspect that allowed us to get accepted into Columbia College was that we are all storytellers. And that’s what you should strive to be as well. My visualization project (the thing where you tell a story in 8-12 frames) was just two guys fighting over the last slice of pizza and wouldn’t leave the dinner table for days. Then they both lost out on the last slice because someone else took it while they were sleeping. It was a dumb little story, but it had people who wanted something, performed certain acts to get what they wanted, and learned a lesson when they didn’t get what they wanted. I didn’t light it or anything, I just framed it at my dining table and used my roommate as the other guy. The most important thing you can do is tell a story. 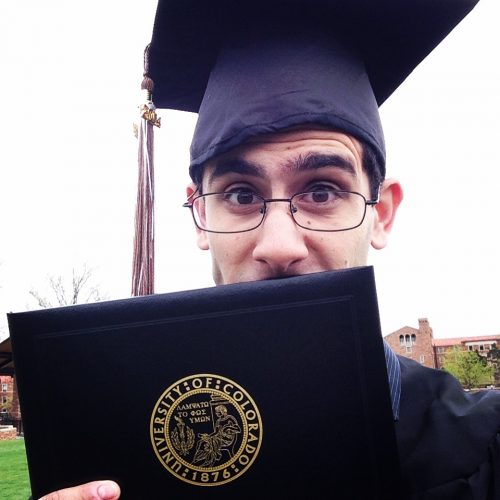 Ah, to be young and naive and think this piece of paper would bring me any joy.

And your first three weeks before the fall semester begins will teach you all the technical skills that you need to know in order to direct. If you don’t already know, you will learn the difference between a Wide Shot and a Medium Close-Up, what the 180 degree line is, that it’s better to see both eyes of your subject if you want your audience to identify emotionally with them, and much more. You’ll make multiple little movies during the boot camp, one of which is a collaboration between you and one of the lovely producers that also take part in the boot camp (the first of many collaborations you will do.) You’ll learn how to build your vision and compose a shot. Then, at the last couple days you’ll shadow various crew members as they shoot a 2 page script on the big sound stage in 1600 S. State Street. 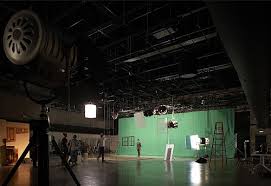 THIS Sound Stage (Image from architecturenewsplus.com)

While your portfolio should have impressive artistic samples, there’s a reason one of the examples they give is a writing sample. They want to know who YOU are as a STORYTELLER. What subjects interest you? What part of the human experience can’t you get out of your head? It doesn’t need to be some deep thing. Remember, one of the things I gave them was a light comedy about the last slice of pizza. But even that dealt with a theme of missing out on good things by being selfish. The best thing you can do for your application to the MFA Directing program at Columbia College is to hone in on the kinds of stories that interest you and tell those stories to the people reviewing your application.