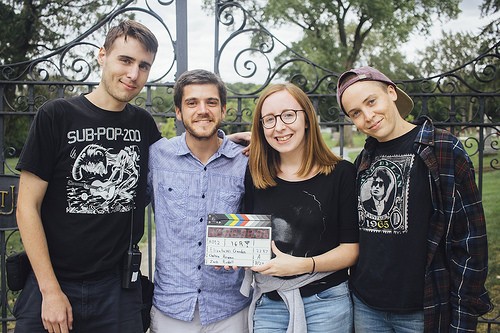 Second year of grad school for any MFA Cinema student means one thing: thesis. For me, my thesis has been on my mind before starting at Columbia. What is my story going to be? What will I try to say? Can I change the world? The story I landed on is very near to my heart, and a concept I’d been tossing around for nearly a year before continuing my education. After writing the first draft of the script in my first semester at Columbia, I knew that I had my thesis idea. All I had to do was get it made. And I did.

Without going into detail about my story, I want to talk about the journey I went on in order to get my thesis made. My first big step was deciding on a story, which I already mentioned was not as difficult a decision as I thought it would be—as soon as I had finished the script, I knew. It’s important to make sure there is passion behind a script before moving forward, as this is going to be a project and character you will be living with for months. At the end of the whole process, you want to make sure you still care about your character, about the film, or else what’s the point? 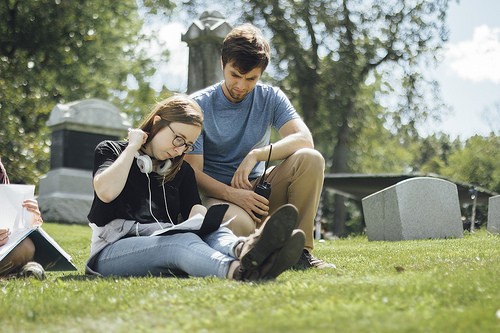 The next step is finding a producer. My personal experience with producers at Columbia has been very positive, and one thing I’ve learned from those experiences is to have a producer who cares just as deeply for the story as you do. Diego Sardi, my creative producer for my thesis, was my top choice, and honestly, my only choice. Diego worked with me on my first film at Columbia and has been instrumental in my development as a filmmaker. The relationship we’ve built is one of friendship, business, and co-dependence for creative decisions. I also knew my idea would mesh with Diego’s creative palate—which is just as important, if not more important, than the relationship that you’ve already built with your producer. 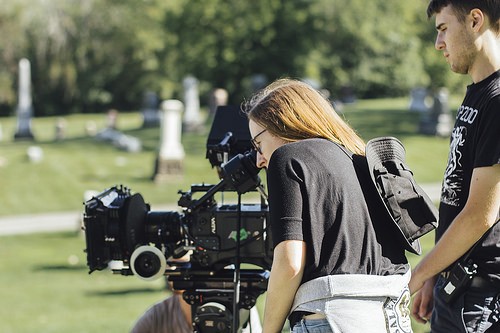 One of the biggest challenges of our film was having a location that was also a character, which meant the location scouting was the most important part of our process. We visited 26 graveyards before we found St. James at Sag Bridge in Lemont, Illinois. It had all the qualities we were looking for—remote, old, and lively. It was also a great choice because it was able to house all three of our locations (the exterior graveyard, the characters bedroom, and the characters office). For a five day production, myself and my producer were very keen on finding a location that could be our home base for every day, and not have to worry about moving cast and crew all around the city of Chicago, or the state of Illinois.

That brings me to the most important part of my thesis, and, in my personal opinion, the most important part of any successful production: crew. Having a talented crew is what makes the film look great. Having a passionate crew is what makes the film feel alive, and what makes filmmaking as fun as it can be. The crew for Elizabeth’s Garden was highly vetted; Diego and I wanted to have the highest morale as possible while filming, coupled with the most experience we could find. Hiring respectful and passionate individuals is why we were able to remain friends after such a long and grueling five days (because, let’s be real, filming is hard. Staying friends after a shoot can be even harder).

So what’s next for thesis? I am currently in the postproduction stage of my film, which means I will be working with an editor, sound designer, and composer to create the final feel and look of my film. As everyone knows, postproduction is the longest part of any production, taking twice as long as pre-production and production combined. Our goal is to lock our film by December, although any number of things can arise and push that date back. In the meantime, I am working on finishing my other films from previous semesters and working with my classmates, Diego included, on developing more films. One thing you can learn from thesis is that filmmaking never sleeps, and neither will you ;)