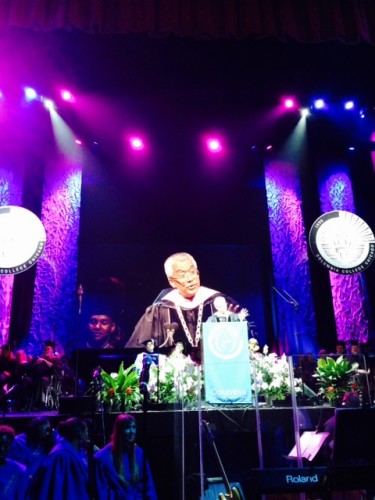 While I didn’t make it out to Manifest this year (due to driving from LA to Chicago), I was able to attend graduation. True to art school form, there was a lot to be entertained by. First and foremost was the beautiful Auditorium Theatre. While many of us were disappointed by the news that the ceremony would not be held in the traditional location of the Chicago Theatre, this year’s location proved to be beautiful and impressive nonetheless.

As we proceeded into the theatre, we were greeted by the many faces of friends, family, and faculty. Additionally, there was no need to walk to your seat when you could dance your way there thanks to the fantastic music by the bands and choir. The tone was set right away, letting everyone know that it was a day to be celebrated.

We walked across the stage accompanied by the music, inspiring and energetic speakers, colorful lights, and most importantly—a room full of artists ready to see the world as it is outside of Columbia. 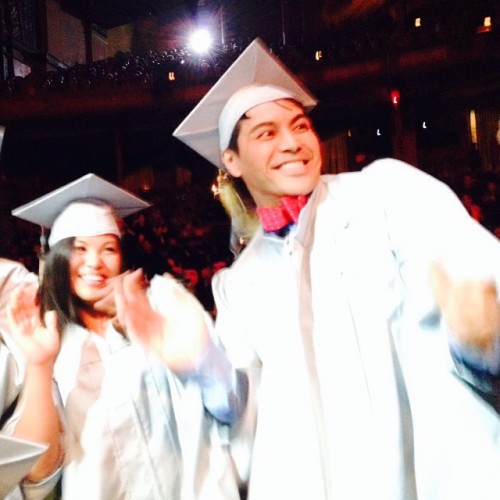 The program is wrapped up for the most part. We’ve submitted several final papers, projects, and even had a final pitch session. After spending the semester developing all new long-form concepts, we had the opportunity to pitch to three Los Angeles executives/producers. From this, we received feedback on both story and pitching.

We completed our contractual agreements from our semester-long mock negotiations in our Business Affairs class. We wrapped up with reflections on ourselves as deal-makers and professionals in the entertainment industry. Finally, for those of us that could trek back to Chicago, we parted our ways after crossing the stage.

But the work keeps going. The majority of us will have degrees posted in August as we finish up our thesis films and long-form packages but classes are officially done. 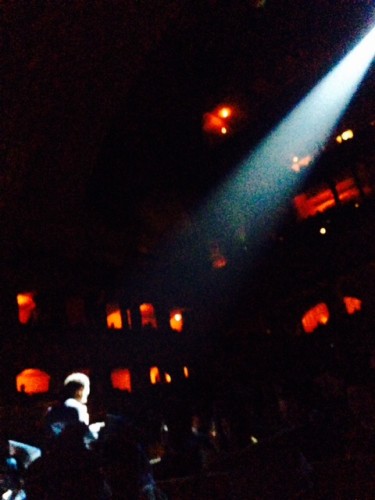 A student reads an award-winning poem written by one of the 2015 Poetry graduates.

It’s been a long, demanding semester for both my cohort and the first years. Everyone has been pushing themselves and trying to get as much out of the little bit of time left that we can. One thing we had the ability to take advantage of before we left was an opportunity called Framework.

It features both undergraduates and graduate students in the Cinema Art + Science departments. It’s a great way to take a look at what people have been up to during their time here and get a glimpse into the student work coming out of the programs.

The videos can be checked out at www.framework2015.com. To get a look at those specific to this program, check out some of the following folks: