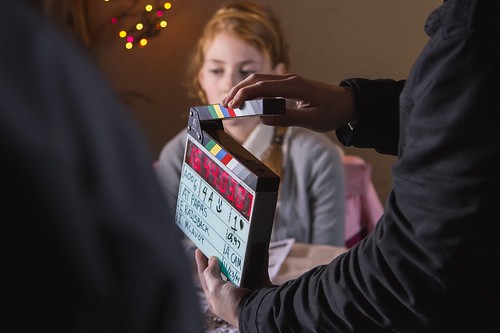 Thesis Film: At Papa’s – going for a take on set.

“Every director has at least ten bad films in them.”

The Associate Chair of our department, Joe Steiff, loves to share this Robert Rodriguez quote in classes.  If you’re already an MFA student at Columbia or you’re thinking about becoming one, be prepared to hear it on occasion.

Now, if such a statement is true, it should also be mentioned that the likelihood of your MFA thesis film being one of these ten, is probably more likely than you would like to think. In fact, considering the thesis film is part of your education, it is probably safe to assume that it reflects a filmmaker in learning. At the end of the day, remember that it is a jumping-off platform and only one of the many films you will/should make.

After crewing for a handful of thesis films and nearing the completion of my own, I cannot express how much I have discovered along the way. It is because of that, that I want to share what I have observed about the process so far.

First thing’s first: Many people are going to give you differing opinions on when exactly the thesis process should begin. So let me be perfectly clear in saying that your thesis process begins when you decide to begin working on it. There is no specified start time or class. It can begin as soon as you walk in the door or as late as the schools time span allows (for our class it’s something along the lines of up to three years after the core program ends).

If you’re asking my opinion, this process should be started immediately. But what it comes down to is when you hope to graduate by. If you’re hoping to walk out the door with degree in hand by May of your second year, then just understand what timeline that puts you on for your thesis film. You need to have a completed film by early March of year two—i.e. a fully edited and sound designed film with music, subtitles, graphics and the whole shebang completely finished and submitted for screening (this deadline may vary from year to year so stay on top of it!) 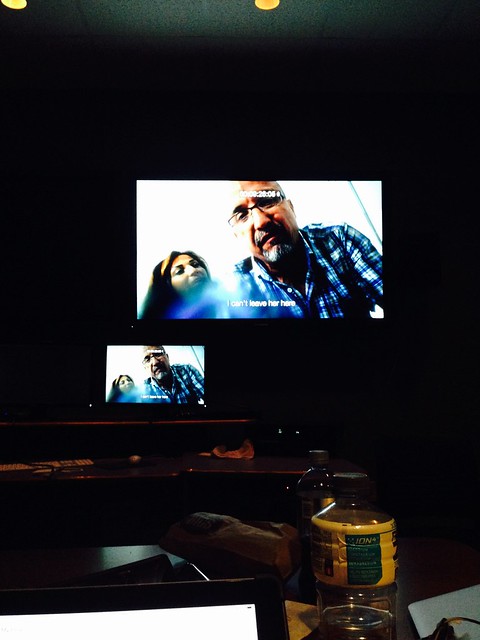 Thesis Film: Ayzebel – in the final stages of color correction!

The film then needs to be approved by your thesis advisor prior to degree posting, and for you producers out there—this also includes the completion of your Long-Form Narrative Package in addition to your film.

Woah. That’s a lot of stuff and it creeps up on you pretty quickly.

For me, I want to hop to it and get out into the world to start making more films right away. Graduating in the two-year time frame is important for me. For other classmates, they know they want more time to work on their films, which is fine so long as they don’t mind not having a degree until that time and paying for thesis credit hours until they get there. Decide what is best for you and when you want to have your degree by. Once you know the answer to that question, you’ll know what your timeline to work on your thesis film is.

Regardless of whether that process has you graduating in May of year two or even a bit later, treat every class assignment and project as an opportunity to explore your thesis directly or to learn something in preparation for it. Soak up every opportunity to prep that you can. Don’t give yourself a chance to make excuses later.

Take time, right away, to understand your own expectations for yourself (your goals), the expectations of your advisors, and the expectations of the college (referred to as your deliverables). Get familiar right away so that you know exactly what is due at the end of the day (avoid being surprised by anything by reading and asking questions about everything!). Use all of these things to plan out your college career for yourself. It might sound like a silly thing to advise, but be aware of what you need to deliver in order to successfully graduate. 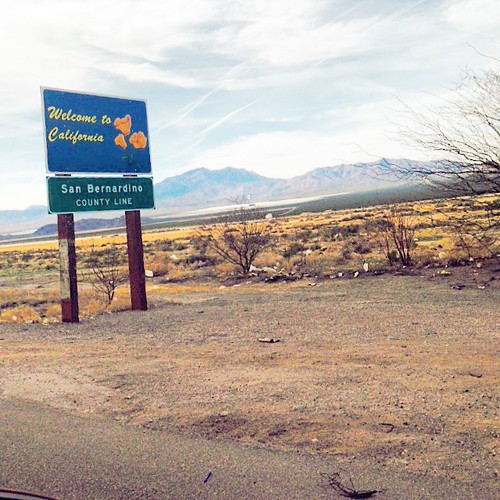 Making our way to LA for thesis completion!