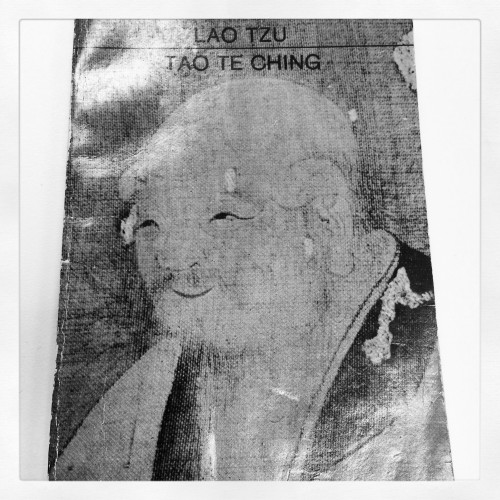 “Every journey begins with a single step”

It is difficult to imagine that over two years ago I was sitting on my front porch in Akron, in the middle of writing a poem about a dismantled and rust gathering rototiller, when Tony Trigilio called to congratulate me on being admitted to Columbia College Chicago.

This must sound a familiar story to a lot of you out there who are now probably receiving similar phone calls—omit the rust gathering rototiller. A piece of art, by Ashley Barrow, later produced to the poem I would be writing when Tony Trigilio called!

I was overjoyed and simultaneously frightened by the sudden realization I would need to find the money to embark on this journey.

I had already taken a year off and worked full-time managing at Akron University, and had a little in savings but nowhere near enough to cover cost of living.

I filled out a FAFSA and was able to take out loans to cover tuition, but still didn’t know where I would get the money to pay rent. However, I wasn’t going to give up on my dreams. I believed in my determination, my drive, and knew that I would do anything it took to get here.

So, I packed up my things and made the move to Chicago. I had no job and limited savings; however, I spent the first seven days of my time here applying endlessly to jobs. A week later I would start working as an assistant manager at Julius Meinl in Lincoln Square. 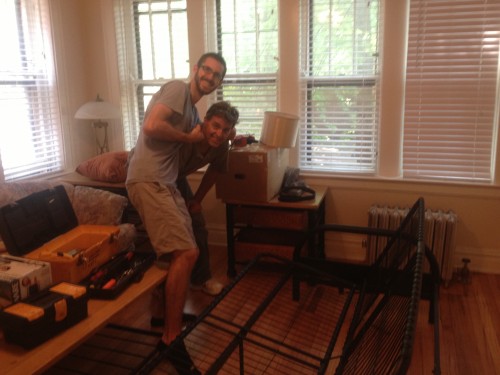 My Dad and I, moving all of the furniture into my first Chicago apartment!

Recently, I was asked how I did it all, worked as much as I did, and still found time to write. The first answer is that when your time becomes limited you learn to write anywhere at any moment. I learned to stop in the middle of a conversation and write down an idea I would later expand.  I’m currently writing this post on my iPhone, riding the train into the city.

I’ve also noticed recently that the more time I have does not mean the more time I will spend writing. In fact, I end up filling the time with TV shows or entertainment I missed over the last year and a half.

Talking with one of my students last week, I came up with an analogy for what it means to be a writer. Sculptors and painters have blank stone and canvas. They spend months looking at the emptiness and then one day they turn it into something beautiful. Poets and writers are the same way, the canvas is our world. Those days and moments we go on without writing are not-unproductive, they are the betweenness, the moment of canvas, before the world becomes spoken.

Spring has once again returned, I’m no longer wearing two coats, and my love for this city has returned fresh and full of life. I hope you too will get to come and enjoy this marvelous playground of a city! 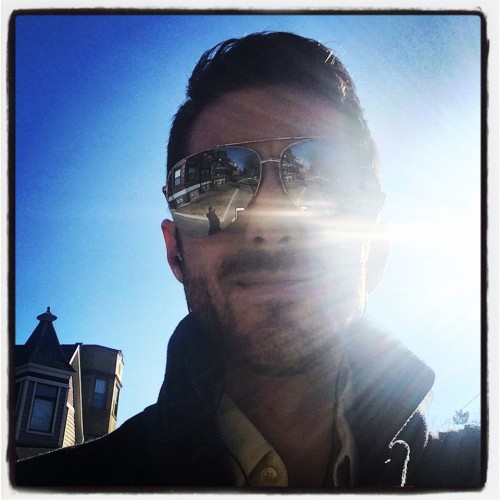 Only wearing one coat!

As always, please feel free to email me with any questions you may have!

Also: a retraction from last post: I mentioned that often books finish where the next one picks up and that’s in fact a rare idea and not common at all! When my advisor had said this he was specifically referring to Peter Gizzi!