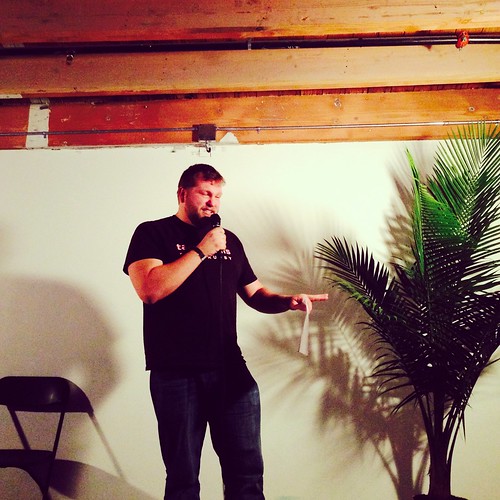 Happy New Year, MarginAliens! I hope that everyone had a fun New Year’s Eve, and I hope that we all made some good and attainable resolutions for the new year. What’s mine? Well, that’s a bit of a story…

Storytelling is near and dear to my heart. Chicago has an amazing scene, and you may have seen me cover some of these places in previous blog posts. Recently, I’ve told some stories in some really strange places, but the most memorable was at Brooklyn Boulders Chicago grand opening gala. While the space is a huge bouldering and rock climbing gym, they also have space for community involvement. They asked my friend Dana Norris of Story Club fame to come and tell stories with a few of the storytellers she knows, and she invited a few people (including You’re Being Ridiculous‘ Jeremy Owens and myself) to tell stories.

The event was awesome! If we came early, we were allowed to climb some of the walls and play on the gym equipment. There were people climbing a tight rope, aerialist dancers, artists creating art in front of the public, bands, and spoken word artists and storytellers. 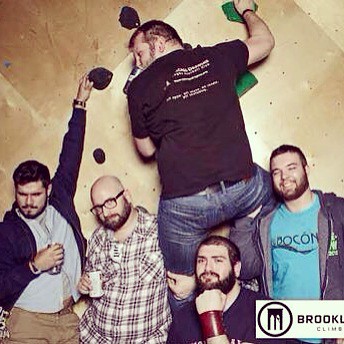 The space for storytelling was interesting. It’s in an alcove above the bouldering area where there’s a counter for laptops and some booths for people to work and eat. They set up a small audience space, and we took turns telling stories about Christmas traditions and online dates and choosing your seat on Southwest airlines.

After, I was trying to think of interesting places to tell stories. I’ve told stories in bars and at conferences, but this was a little more outside the box. The crowd and vibe was much different than I thought it would be, and it helped me change aspects of the story on the spot to deliver what I thought was a great version of the story. Right now, I’m looking into different places to tell stories. How can the space change the story itself? What is the relationship with the audience, and how can that help you make the story the best version it can be? My goal for 2015 is to tell 10 original stories at different venues throughout Chicago. I hope to tell them at venues with which I am familiar, but also at new venues and ones that are outside my traditional bar-type venues.

What are your resolutions? I wish you the best of luck in reaching them.