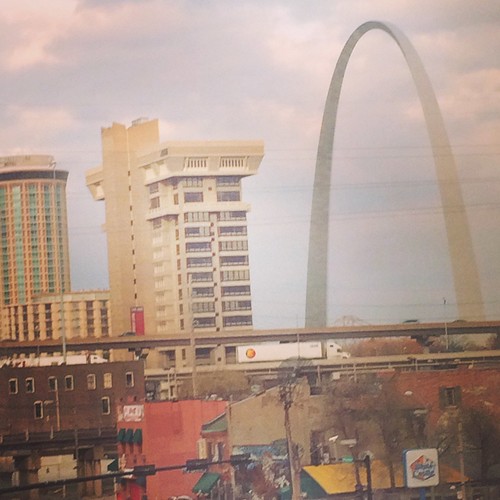 Thanksgiving is my least favorite holiday. Sure, I like getting a few days off and I like getting to see family, but it’s a day that we are supposed to give thanks for what we have (shouldn’t we do this every day?) and be gluttons. Really, that’s all it is. Usually there’s a good football game. Sometimes there is a good new movie at the theater. This year, I went to visit my family in St. Louis.

Have you heard of Ferguson?

I was trying not to talk about it. My extended family and I tend to not agree on politics and while we might agree on some social justice issues, I’m not sure where exactly we’d fall on the Ferguson issue. We talked about it in the car some when my uncle picked me up, but I kind of just mumbled through it. We saw Motown the musical Wednesday night, and when they got to the part about the Detroit race riots in the 60s, some people cheered. Others didn’t. It was tense.

We went shopping and there were armored cars and trucks at the malls. Police cruisers drove by every shopping strip that week. 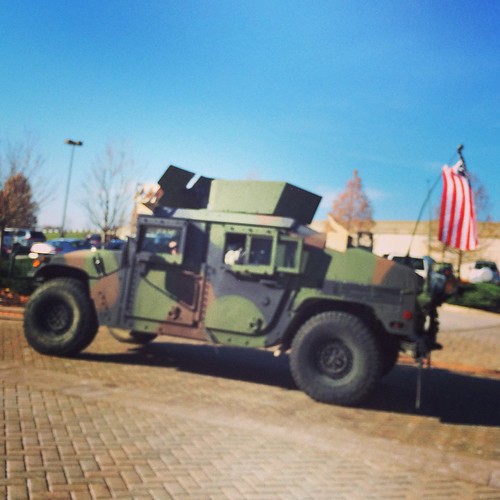 We decided not to talk about Ferguson on Thanksgiving. If you mentioned it, you owed a dollar to a mason jar, charity to be determined. At the end of the night, my aunt determined what charity it went to. She wanted it to go to a St. Louis police officer’s fund/charity.

“I thought we didn’t want to talk about our politics or opinions or take sides on the Ferguson issue,” I said.

And then I went into it. “How is that not taking a side? How is that not saying how you really feel? I’m not saying all cops are Darren Wilson, or that giving money to this charity says you don’t have an issue with what happened to Michael Brown, but if that is going to be the charity we put the money toward, I’m no longer taking part in this.” But still, I didn’t say much about it.

I’ve started writing an essay about it. My feelings on the issue, being in St. Louis for Thanksgiving, navigating a huge issue around family—all these are things I’m touching on in my essay. I’m writing about it because that’s what I do. Sometimes, I get confrontational, but usually, I need to take time and mull over my feelings and to find the facts (or what is closest to the facts) and then form what my exact opinion is.

As a citizen of this planet, I can’t ignore the huge issues. As a student—a grad student, a student of life, a person with a vested interest in others and their stories—I can’t be unaware of what is going on. Sometimes, the thinking and the learning and the communicating of opinions can hurt. That’s okay. But as a writer, I have to have a voice. I have to have a voice, and I have to use that voice.

I’m trying to finish the essay, and I will.