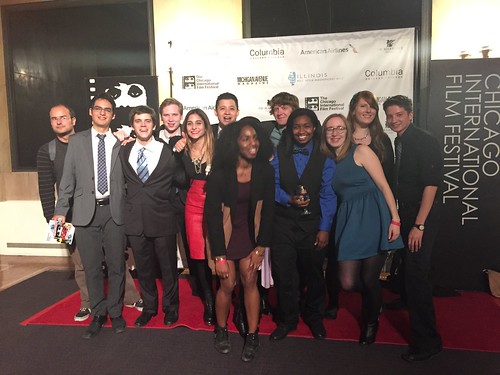 Almost all the first year directors and producers

One of the most exciting nights of my life happened thanks to the Cinema Arts + Science Department at Columbia College Chicago. As a way to welcome the incoming class of MFA Directing and Producing students, the Cinema Arts + Science Department gave us all free tickets to the Chicago International Film Festival Opening Night Screening and Gala. What an honor, right? We had the chance to dress snazzy and rub shoulders with those we consider our idols and inspiration. Miss Julie, directed by Liv Ullmann, and starring Colin Farrell, Jessica Chastain, and Samantha Morton was the film that opened the festival with its US premiere.

When I heard that I was given the opportunity to be in the same room as Liv Ullmann and Colin Farrell, I thought it was too good to be true. As an up and coming filmmaker, I often feel doubt at my ability. When speaking with a fellow classmate, however, I realized that while I be a student, my true label is, in fact, filmmaker, and to never feel ashamed of that ambition. After hearing this advice, I knew that being in the same room with two power houses like Ullmann and Farrell wouldn’t be as daunting. 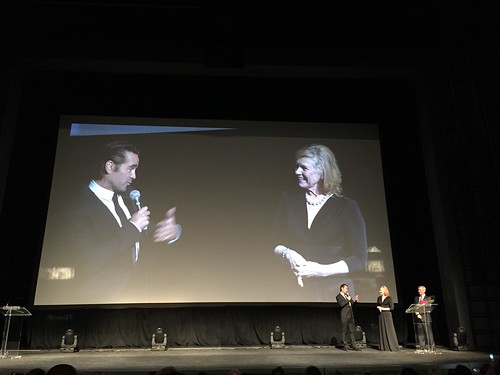 Nevertheless, I felt like a fan girl as soon as they took the stage. It has been my dream to be a filmmaker as long as I can remember, and to see what the life is like for those who are creatively successful gave me confidence and even helped me to strengthen my ambition. The film itself was a pleasure to watch, with performances from Farrell and Chastain absolutely knocking the proverbial ball out of the proverbial park. I truly hope to see Chastain’s performance commended once award session rolls around, as I am certain this film showcases one of her strongest performances to date.

After the film ended, the MFA directors and producers in attendance headed over the Cultural Center for the VIP gala. There was incredible food and drink to be had, an incredible atmosphere to immerse into, and live music to dance along to. This gala was extremely exciting for us MFA students, as it was a chance to network and meet other filmmakers and those passionate about film. A handful of my classmates got to meet Liv Ullmann and Colin Farrell, who were in attendance at the Gala for a short time. When we weren’t busy rubbing shoulders or posing on the red carpet, we were enjoying the free food (which is probably the most exciting part of these events, if I’m being entirely honest haha). 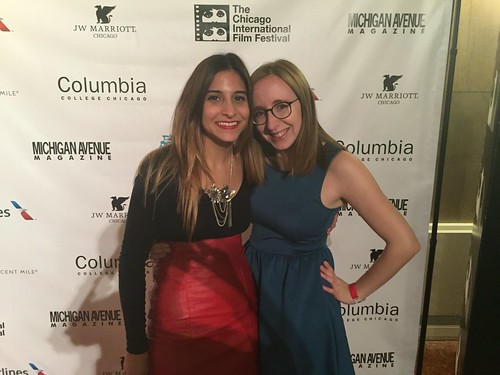 This was one of the most exciting nights of my life. It was memorable for many reasons, but mainly because I was able to get a taste of the life of a successful filmmaker. I hope to one day be standing on the stage of the Chicago International Film Festival, just as Ullmann and Farrell did.