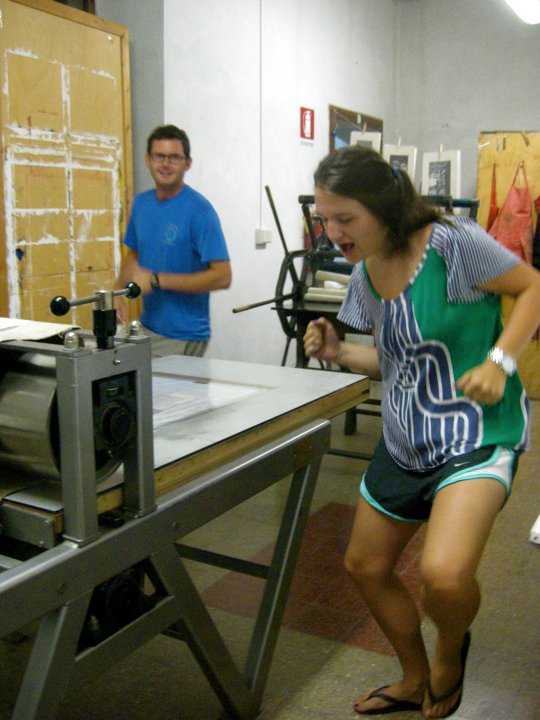 Last month an artist friend that I studied with in Italy was visiting Chicago, so we caught up over a few PB&J’s at Boiler Room. For anyone new to Chicago, a PB&J is a grad student’s one-stop-shop dinner combo: a slice of Pizza, a 16oz PBR, and a shot of Jameson for an economical $7.50! We’d planned to meet up the next morning for Bloody Marys and a visit to the Museum of Contemporary Art, which, as I found out, is free for Columbia College students.

I got there a little early, so I popped into a stationary store to ask about recommendations for nearby cafes or good brunch spots. I mentioned the Bloody Mary specifically. “Well there are a lot of coffee shops around, the girl told me, but if you want one of those places, I can’t really help you.” Those places? What was that supposed to mean? Did I seem like some sort of degenerate boozehound or deadbeat pariah because I was looking for a little hair of the dog at 10am on a Tuesday morning? “You know, just a brunch place or a sandwich pub,” I tried to explain, “before we go into the museum.” I thought a little venue-dropping would perhaps increase my social status in the eyes of this stationary clerk, but she seemed unfazed and turned the corner to continue about her work. “I’m a grad student!” I halfway shouted in my own defense, hoping that my devotion to culture and academia would grant me license for antemeridian alcohol. In the end, though, we sacrificed brunch for some additional time in the museum, and it was well worth the trade-off.

[flickr id=”10072778975″ thumbnail=”medium” overlay=”true” size=”original” group=”” align=”none”]In the MCA there was a large exhibition by Argentinean artist Amalia Pica that included video, sculpture, confetti, installation, and Xerox. I didn’t realize until afterword that all of the works in the exhibit were by the same artist. I was taking notes, stealing ideas, when a security guard looked at me funny. I imagined for a moment that, to offset the monotony of their job, the security guards have designed a kind of Art Student BINGO board, with squares like “Mohawk,” “Pink Hair,” or “Double Flannel,” and that the guard’s strange glance at me was a silent celebration of being able to mark of “Moustache” from his game board (I still had my moustache at the time.)

My most memorable experience in the museum, however, was coming across three adults that were knocking around an inflated balloon, using small and colorful children’s hand bells as paddles. Each time one of them would tap the balloon to keep it floating, music was made, and the haphazard sequence of notes created a beautiful and unpolished soundscape for the experience.

Oddly enough, this impromptu play helped me realize one of the things I love most about the MFA Poetry program here at Columbia College Chicago—that there is no stylistic or formal trademark that is imposed on our poetry or poetics. Last year I constantly found myself venturing outside of my typical modus operandi, writing poems that I thought perhaps didn’t seem like my writing or my voice at all. I experimented formally and lyrically; I appropriated language from instruction manuals, graffiti, and even from YouTube captions. I started making erasure collages and poem-films. I was scared that I wasn’t fostering my own particular poetic voice—voice! O elusive attribute!—because I was writing in manners and methods outside of what was familiar and comfortable. But then I realized that human beings experience the world in myriad forms and iterations, and so it is no real surprise that poets create and make discoveries in just as many ways. It doesn’t mean that it’ll all go in the same collection, but it does mean that by stretching your poetic capacities, you discover surprising and beautiful things about your own writing and writing in general.

Seeing those balloons and bells being exercised in a manner outside of their intended use not only challenged a traditional understanding of an instrument and its purpose, but it caused me to realize that beauty, art, and poetry often occur when we attempt something other than what it is we think we’re supposed to be doing and simply allow for a new kind of existence.

Yesterday, poet Kate Greenstreet gave a reading at Columbia College Chicago. Kate is known for reinventing the experience of her poetry—for both her audience and herself—so that one is continually surprised in that space of possibility. “I was looking for a way to look at the world,” one of her poems began, or ended, I’m not sure. But I am certain that Kate’s way of looking at the world is an attempt to experience it in all its—and our—forms. “Fill in the blank,” she read. “People are always                        .