Improvisational theater is an underrated art; there is a lot of backlash against improv comedy as it is sometimes considered a variety of performance that anyone can do. But, that’s not necessarily a bad thing. In fact, utilizing the natural ability of humans to improvise, and heightening that ability, has become a hallmark of the business world. Improvisation as a business tool is still in its infancy, and it is growing in popularity. First, click through to see a Ted Talk from Charles Limb M.D. about musical improvisation and it’s relation to brain activity…

…Check out this Ted Talk by Charles Limb M.D. musician and researcher of improvised music. Pay particular attention to the data he extracts from an MRI of someone improvising piano at 7:58.

If you take the time to watch the whole video, you will find a wealth of information on improvisation, freestyle rap and the brain. It’s a great intro for the ways improvisation, the brain and business coalesce.

The Wall Street Journal, The New York Times, and CNN all agree that improvisation is beneficial for businesses. In fact there’s an entire business built from the concept of improv as business, and why listening (among many other skills) is of the utmost importance. 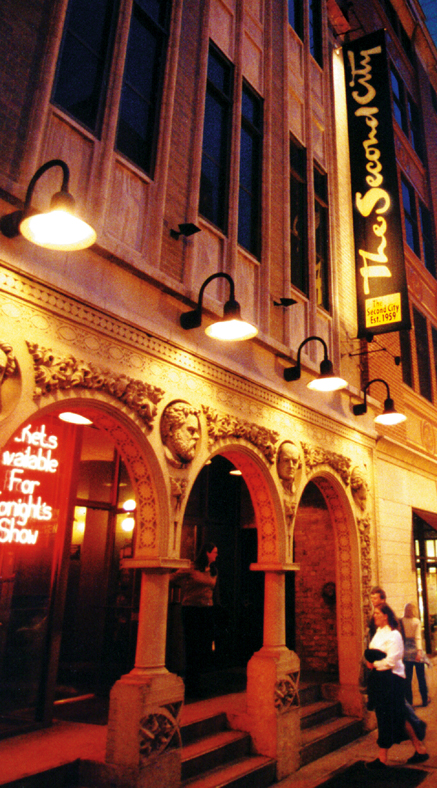 This is certainly not isolated to Chicago, the birthplace of improvisation. UCB in New York, NY, i.O Chicago, i.O West in L.A., even a humble place called Bovine Metropolis Theater in Denver, Colorado have corporate training branches of their improvisation theaters. Improvisation is good business and good for business.

So what does this all mean for industry as a whole, well as Uncle Ben said, “With great power comes great responsibility.” Improv applied to business has the power to revolutionize the way that individuals and companies do business.

Imagine if you made a mistake as a new employee and had incredible concern that your manager was going to fire you. Instead of firing you, what if your manager and you run with the mistake and build upon the positive aspects, heightening this “event” that you thought was going to get you canned, and suddenly you have a new product that’s carrying the entire company to multi-million dollar profits.

Perhaps that’s an extreme example, but if everyone was vacant of an improvisational attitude, we wouldn’t have penicillin, or light bulbs, or Saturday Night Live. And we certainly wouldn’t have the entertainment and professional development powerhouse that is The Second City.

Luckily for current Columbia College Chicago students, CCC and The Second City have a great symbiotic relationship. We recently launched the first ever Bachelor of Arts Theater Degree in Comedy Studies, and the graduate Arts, Entertainment, and Media Management program encourages internships at institutions like The Second City.

Ultimately, improvisation has proven itself to drastically improve business acumen, and having an improvisational attitude towards doing business enhances the individuals competency as a business person. Creativity primes professionals to build and join collaborative working environments. Major universities, improv theaters and certification programs are utilizing improvisation in training more and more often. Maybe some day, improvised song and rap will be the competitive edge that companies employ to stay relevant, or maybe it already is.