We had a fun day in crit. the other day. Filter Photo Festival is currently happening in Chicago, and Andy Adams, of Flak Photo fame, is in town to give a talk for the festival on the topic of Photo 2.0. If you aren’t familiar with Flak, you probably should be. Flak Photo is a website that is run by Andy and is a collection of various photographers working on various bodies of work. It is a sort of showcase. And while I don’t agree with every selection in the site, the premise of the site is something that I like to think about.

We were lucky enough to have Andy stop by our critique for a little discussion about the topic of how photography functions, or perhaps how it should function, in the world of the web. 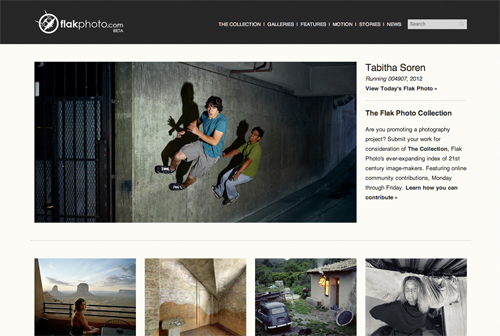 Andy was pretty great. He was engaging and seemed truly interested in having a debate about the topic instead of just giving a lecture. He was possibly the best speaker we have had come to Columbia in the year-and-a-half that I have been here.

What was supposed to be a 30-minute discussion turned into a 2-hour one. This was perhaps helped by the fact that this topic has been debated quite heatedly by the second-year grad students in one of our classes last semester. 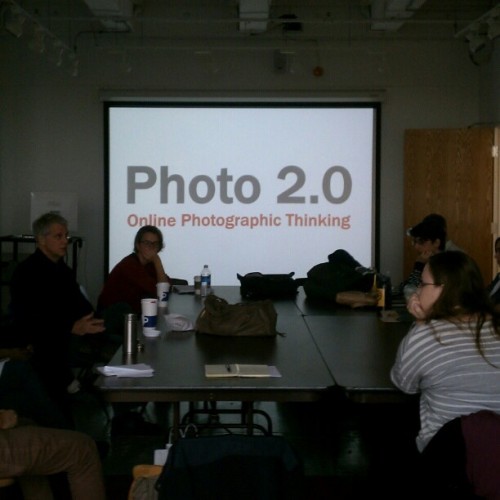 Andy Adams, of Flak Photo, takes a photo of the class

I have to say that the only things I was a little disappointed in were the facts that a) the discussion was not able to continue longer, because we actually had to have a critique of the students showing work that day and b) Andy was not able to stay for that critique. I think it would have been interesting to have heard why he thought about the work, especially coming from his experience with the web. He just had too much to do between talking with us and finishing up things for his talk later that night.

Again, my thanks to Andy for a lively and thought (rant) provoking discussion.