I recently had the privilege of attending a lecture with media artist Zoe Beloff as part of the Interdisciplinary Arts Department’s Visiting Artist Lecture Series.

Zoe has shown work around the world in spaces like the Whitney Museum of American Art and the Museum of Modern Art New York and has been awarded fellowships from the Guggenheim and the New York Foundation for the Arts, among others.

She has been involved in a variety of fascinating projects, including a recent work for the Occupy movement and a piece she did in 2010 to commemorate the centennial of Sigmund Freud’s visit to Coney Island on his only trip to America. 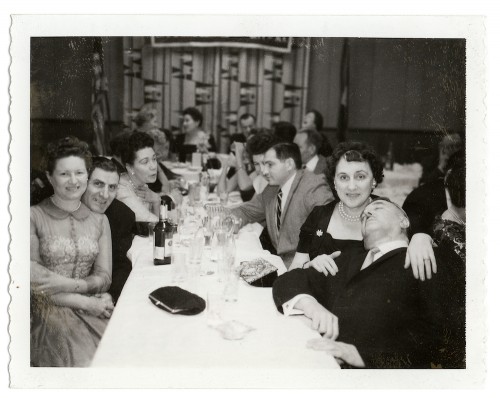 Aaron Beebe, the director of the Coney Island Museum, asked Zoe if she would be interested in doing an exhibit to commemorate the centennial of Sigmund Freud’s visit to Coney Island. As she was interested in both Psychology and Coney Island, she said yes.

While researching for the exhibit, Zoe discovered a fascinating community called the Coney Island Amateur Psychoanalytic Society founded by Albert Grass. This community was interested in participating in one of the more important intellectual movements of their time, Freudian psychoanalysis.

With the advent of 16mm film and cameras, the group began to make amateur films about their dreams and would then gather to analyze them. Albert believed that these films would prove Freud’s notion that dreams are always the disguised fulfillment of a suppressed wish. 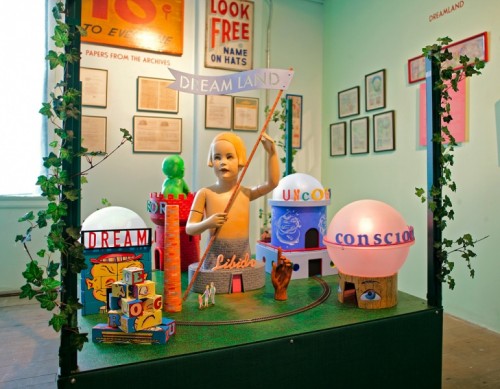 Albert Grass also had plans to rebuild the famous Coney Island Amusement park known as Dreamland and turn it into a theme park dedicated to Freud’s theory of dream interpretation. Although Albert was never able to complete the amusement park, he had created very detailed sketches, which Zoe took and made a model from. The park consisted of a series of pavilions, “The Unconscious”, “The Psychic Censor,” “The Dream Work Factory,” and “The Consciousness,” all connected by a literal “train of thought” revolving around “the Libido”.

Though I was initially surprised, I actually found this made the story even more interesting.  Not only did we learn about a real history from a fabricated one, but her fictitious history of a somewhat utopian society also encouraged me to look at the future. This is actually a theme in much of her work. On her website, she writes, “Each project aims to connect the present to past so that it might illuminate the future in new ways.” The Dreamland exhibition was just one of a number of fascinating works she has produced. If you are interested in learning more about Zoe Beloff and her work, check out her website.