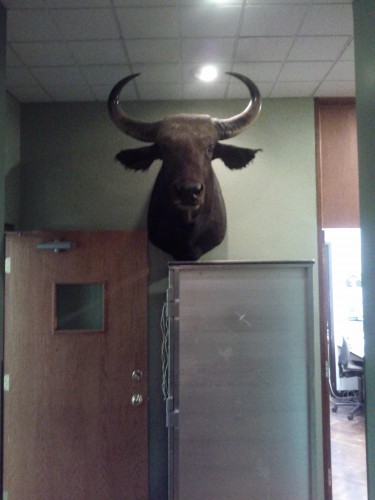 In the Cliff Dwellers club.

Proseforms is the Story Workshop writing class that you take during your third semester in the program. There is a focus on creative nonfiction writing, culminating in two projects: an instance collection and a final essay.

Proseforms was a favorite class of mine. It’s where I began writing about my biracial identity, and my instances became seeds for stories that I am still drawing from, over two years later.

Here’s some more info on Proseforms:

What is an instance?

An instance is an example of a larger topic. My topic was biracial identity, so most of my instances were written about significant racial moments in my life – when people asked questions about my appearance, or assumed I was white and said racist stuff in my presence. I supplemented those moments with some researched instances on interracial marriage and racial demographics.

What is the instance collection?

Three guesses, hahaha. You work on instances for about a third of the semester. Each week, we were asked to bring in two or three more instances. By the end, we all had ten to fifteen instances, which we then compiled into a collection. Reading over the collection, it was cool to see common themes between the different instances and begin thinking about how they could be grouped to make stories…or an essay.

What is the final essay?

The final essay is on your topic for the semester, and it contains material from a few of your instances. Mine was called “I, Wigger” and was about a couple of times where I had unintentionally passed for white and wound up in weird situations.

Why write creative nonfiction in a fiction workshop?

If you’re writing from your own life, you will be passionate about the stories. This will result in exciting writing and new ideas about narrative and structure that will improve all of your writing, fictional or non.

Get to know the program by reading writing by its students. Here’s my story “The Impersonator” in nthWord shorts. This story started as a Proseforms instance. I am currently reworking this piece for a 2nd Story performance, which I will write about soon.