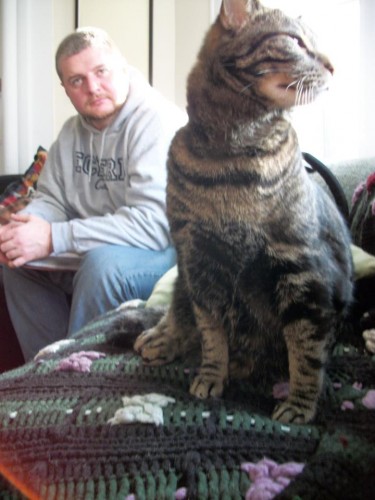 Kurt Kennedy is one of the closest friends that I made while at Columbia College Chicago. As I tiptoe into real life and my schedule begins to fill, I already miss our Friday tradition of eating a huge lunch then spending the afternoon writing. Kurt came to the program with a lot of academic experience: an A.A. in Liberal Arts from Johnson County Community College (Overland Park, KS), a B.A. in English with Emphasis in Writing from Park University (Parkville, MO) and an M.A. in English with Emphasis in Creative Writing from the University of Missouri-Kansas City. I wanted to pick his brain because he took advantage of Columbia’s multiple opportunities to study abroad, either in other countries, or just other states. What can a writer gain from packing up and going elsewhere for a few weeks? Read my interview with him and find out…

You’ve done three study abroad sessions. What is it about studying abroad that appeals to you?

I took opportunities to study abroad at Columbia because I hadn’t previously done so and the College offers many appealing programs. Each approached writing from a different angle. In Prague, I got to continue ongoing work and start new fiction, and there was encouragement to write about the city as well as about the experience of writing in a foreign country. The exchange with the Creative Writing program at Bath Spa University in England was a unique chance to research and write about pedagogy. And, Semester in L.A. gave me a taste of writing and marketing myself for the film industry. So, ultimately I appreciate the perspective, career-wise and geographically, that studying abroad offers. It also helps you build your professional network.

What did you work on in Prague?

I took an Advanced Fiction class in Prague taught by Eric May. I got a couple story starts that I like and plan to come back to and wrote some journal entries about encounters I had around the city. The best thing that I got out of Prague, though, was my thesis advisor. Eric gave me such thorough and engaged feedback on my historical fiction novel that I knew he was the faculty member I wanted to work with, and it’s been an ideal partnership.

What is a favorite moment, writing-related or not, from studying in Prague?

Everyone else in the group took a second class on European Writers. I wrote and explored the city on these afternoons. My most memorable excursion was finding this secluded, stonewalled garden in a park near our hotel. I purchased a delicious Czech beer (Cesky pivny) from a vendor, perched on a “window sill” of the high, ceiling-less stone walls, and finished reading Robert Crumb’s graphic adaptation of Kafka stories. Several hundred feet away, a silhouette of the cathedral spires in Prague Castle was visible at the top of the hill.

Describe the exchange program with Bath.

For the 2011 CCC-Bath Spa University Creative Writing Exchange, four students from each program spent two weeks at the other school and two weeks hosting the others. In Bath, we sat in on classes and attended events at the Bath Literary Festival, including leading a community workshop. The “Bathers”, as we endearingly called them, sat in on Fiction Department classes and attended Story Week 2011 events, including all of us sitting on a panel. The exchange culminated in a collaborative essay focused on what we observed regarding Creative Writing pedagogy.

What was a favorite moment from England?

So many good things in England: a great evening of dinner and touring a centuries-old church at one of the participants’ country home, intricate bits of architecture that aren’t just a means for looking at the surroundings but experiencing them, great ales. An unbelievable moment was meeting Bath Spa professor Mimi Thebo during a poetry pub crawl. After talking with her and finding out that she grew up in the next neighborhood over from mine in Kansas City, Kansas, she recited a poem about her old stomping grounds, without script, and dedicated it to me. There were lines about the grocery store and bakery that I grew up going to. It is, amazingly so, a small world.

What did you work on during Semester in L.A.?

We wrote several “coverages” of scripts and books during SiLA, which is the main work of most internships and entry-level positions at film production companies. Basically, in coverage you summarize the plot then offer specific reasoning why or why not your employer should pick the project up for development. I also tried, unsuccessfully, to purchase an option on Samantha Harvey’s novel, The Wilderness, which would have allowed me exclusive rights for a set period of time to develop a script. (This was networking paying off; I met Sam Harvey while in Bath.) Additionally, I wrote a treatment (show bible) for a sitcom I’ve had in mind for several years, as well as one for a film adaptation of my thesis project.

Do you see yourself pursuing screenwriting work?

I like to stay open to writing in many formats. When I’m done with my historical fiction novel, I plan to write a film script for it. I’ll see how this experience goes. If I enjoy it and do it well, then I see no reason why I wouldn’t pursue more screenwriting endeavors.

What was a favorite moment from L.A.?

It was certainly a “perspective-gaining” experience pitching my historical fiction project to two different studio executives. In the first meeting, I was nervous because I’d never pitched before and I felt the exec was somewhat cold. I thought I bombed. The second exec cracked a few jokes and put me more at ease, he even used the word “like” several times. I felt much better coming out of that pitch. When I followed up by email a few weeks later to thank them for their time, though, Exec 2 never even replied. However, Exec 1 said he enjoyed meeting me and to let him know when the book is done. It was an interesting lesson in not assuming and in letting common courtesy dictate your business practices.

What have you learned while traveling that will help you as a writer?

Sensitivity to things outside my sphere of experience, I think. In writing and in life, to borrow a phrase from you, Chris, “I’m always trying to make my world bigger.” I’ll throw the word “perspective” out again.

Tell me about your thesis project.

My thesis project is a historical fiction novel called Laying Lincoln Down. It follows Abraham Lincoln’s funeral train ride from Washington to Springfield, IL as Harry Cattell, the main character and the president’s embalmer, works to keep the martyr presentable for the nation of mourners and wrestles with demons from his time as a battlefield embalmer during the Civil War.

What do you plan to do after you graduate?

I’d like to continue to be a working writer and teach in a college Creative Writing program.

You came to Chicago from Kansas City, Kansas for school. What advice would you offer someone moving to Chicago for grad school?

The best advice I can offer anyone coming from anywhere to any grad school is to start thinking of yourself as a professional right now even though you are at an early stage of the game, and still learning that game. Think of grad school as a time in your career where you’ll likely have more resources at your disposal than you will in the future. View your professors not as people you have to complete assignments for but as peers further along in the game than you. They want and are working for you to succeed. Build relationships. And, common courtesy, common courtesy, common courtesy.

Where can people read your writing?

An excerpt from Laying Lincoln Down is forthcoming in Hair Trigger 34 this spring, and hopefully a graphic novel version will be out next year from Wicker Park Press / 3i Books.