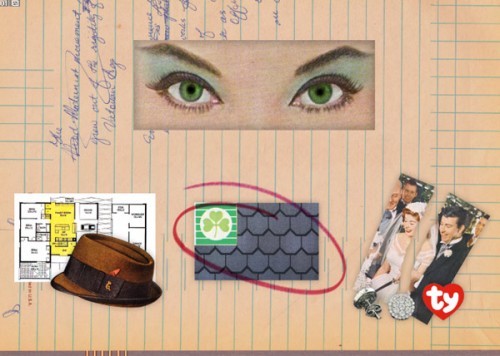 from The Carnival at Bray (Image Credit: Chad Kouri of the Post Family)

Creative writing MFA programs always ask for a writing sample as part of the application. Usually, they want 20-25 pages of fiction. Columbia College Chicago asks for that…plus an example of expository writing. I’ve had some prospective students ask me, “What the hell is that?” and “Why the hell do they want that?” And, since the Fiction Writing folks liked my expository writing enough to let me into the school, I’m going to try and answer those questions.

Those extra pages bugged me out, too. I was going crazy trying to get my transcripts from undergrad and hardly had time to think about what the Columbia application meant by expository writing (does it flash people?), nevermind* what I was going to turn in to satisfy that requirement. I almost didn’t apply to Columbia because of it. Then I had a horrible day at my proofreading job and was like, We are doing everything we can to get out of here!

I wound up including a nonfiction story that I wrote about the war on drugs in mid-’90s Richmond, Virginia. It had a journalistic element as it discussed some of the things that the city did to cut down on drug-related violence, and it had a narrative: I talked about what happened to the janitor at my high school, who would stand on the corner a block away from our school and warn all of the potheads on the days that the city sent in metal detectors and drug dogs for random checks.

When I started at Columbia, I asked my classmates what they’d turned in. Some people had turned in journalism. Others had turned in lit-crit essays – English term papers. The application may seem vague because it’s open-ended. The bottom line is that expository writing can be a lot of things.

Fiction Writing students are encouraged to draw from their own lives for story material, so if you turn in a creative nonfiction story, it shows that you already have an interest in doing this.

If you turn in a lit-crit essay, it shows that you are a strong reader with an aptitude for evaluating writing. Therefore, you’ll be valuable in a workshop where your fellow students are sharing their writing, and in a CRW class where you’re dissecting a story from the point of view of a writer (Why is this sentence like this, not What is the central metaphor).
Journalism shows that you have a strong command of research and can create a hierarchy of information that moves a story forward.

So, the answer is that there are many answers. In the meantime, I am asking all Fiction Writing grad students past and present to please sound off in the comments section about what you turned in for expository writing.

* With the 1991 release of Nirvana’s album “Nevermind,” “nevermind” became one word, no matter what Microsoft Office says.

Get to know the program by reading its students’ published work. Here’s Jessie Morrison’s “The Carnival at Bray” in the Chicago Reader’s 2010 fiction issue.