Located on 40 W Ida B Wells Dr, near the Harold Washington Library, this magnificent mural is by Dwight White II and commissioned by the Chicago Loop Alliance. This mural honors not only the Loop Employee of the Month award winners from March 2019-February 2020, but also the 370,000 employees in the Loop. 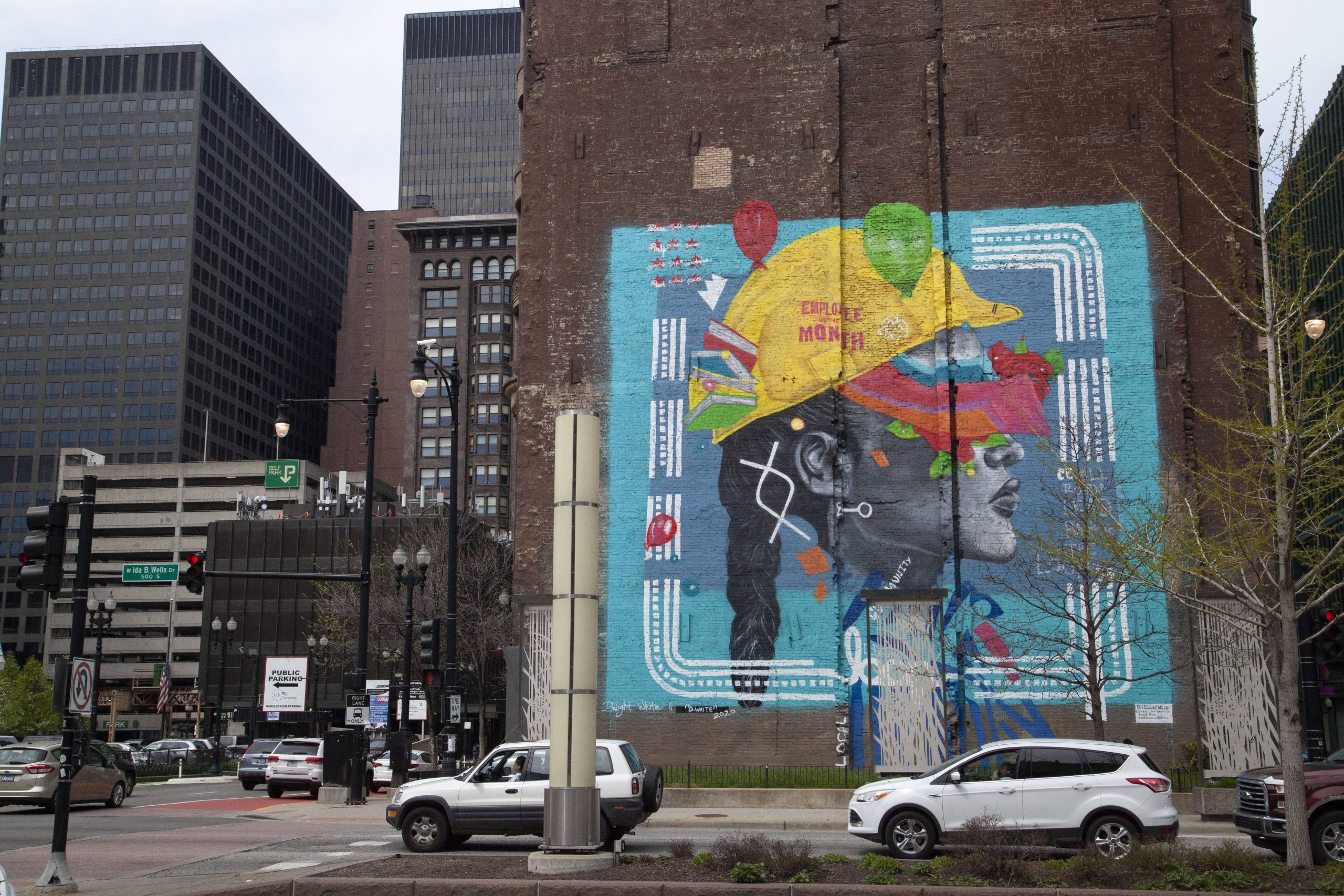 The face of this mural is Belissa Bella Suloski, a healthcare mediator with the Illinois Attorney General’s Office. Their first names are found on stars in the top left corner, but the rest of the award winners are Pradip Nayak, Beatriz Jara, Robert Middlekauf, Malik Gillani, Michael Love, Stephanie Sanchez, Gwendolyn Matthews, Dina Fenili Niekamp, Kathy Bliss, and Marion Batey. Many of these award winners are office, non-profit, government, and hospitality workers, small business owners, and more. 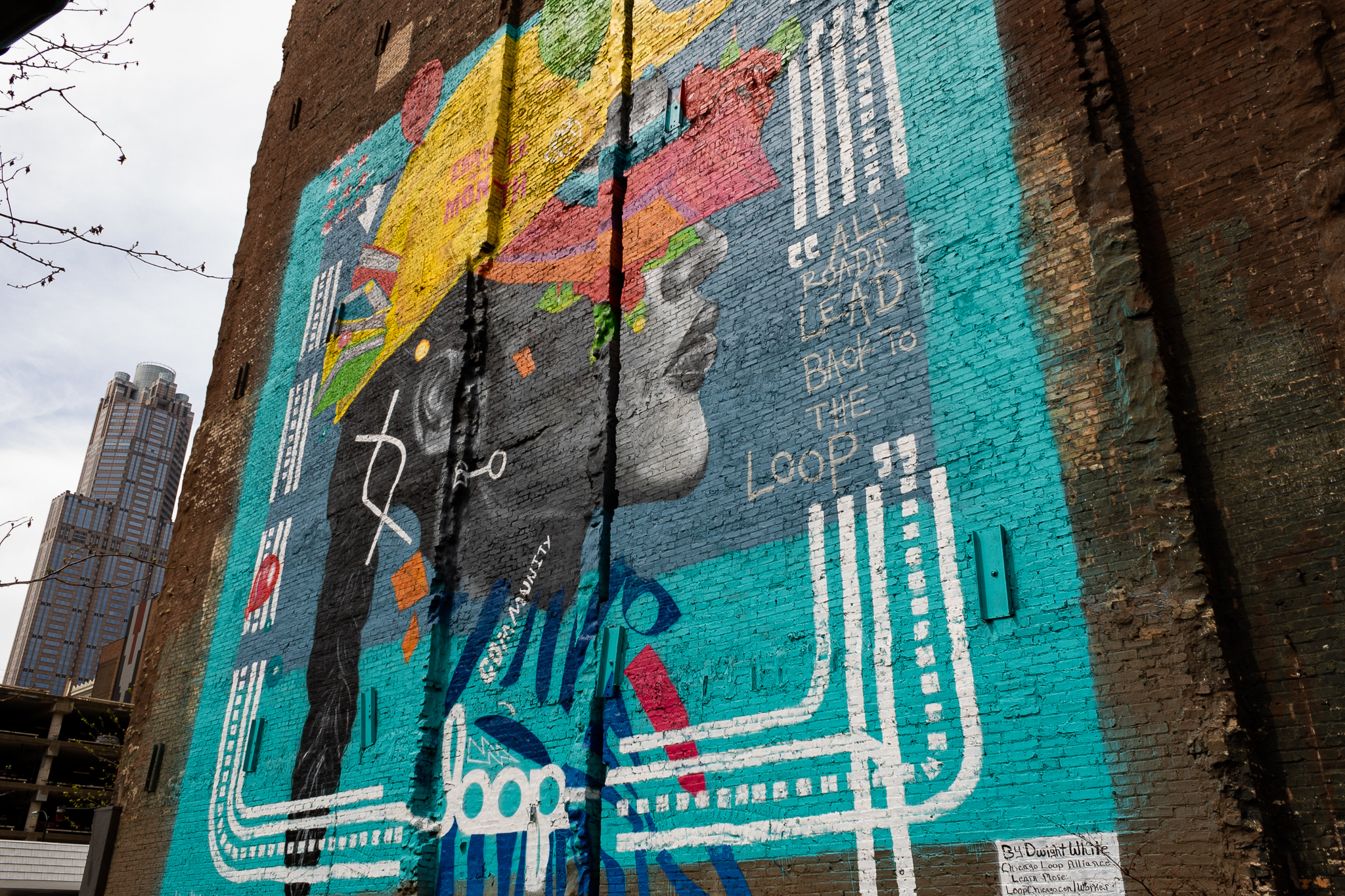 The mural was designed by Dwight White II and was completed on October 26th. White is a former football player at Northwestern University. In 2014, he decided to leave the team after suffering from a kidney contusion and finding out he was born with one kidney. White graduated with his bachelor’s and master’s degrees respectively. He left the team, but still stayed connected by joining the marketing side of it. In doing so, he learned digital art skills and eventually began to experiment in other mediums. During the pandemic, he left his corporate job to be a full-time creative. He has completed other murals around the city as well, one of which honors front-line workers and the other in response to the Black Lives Matter protests. You can check out his website here to learn more about White and his works!