Agora is Greek for an open and public meeting place to gather. This sculpture is comprised of 106 nine-foot-tall headless torsos located in Grant Park. Agora has been a part of Grant Park for almost 15 years now, officially installed in November of 2006. 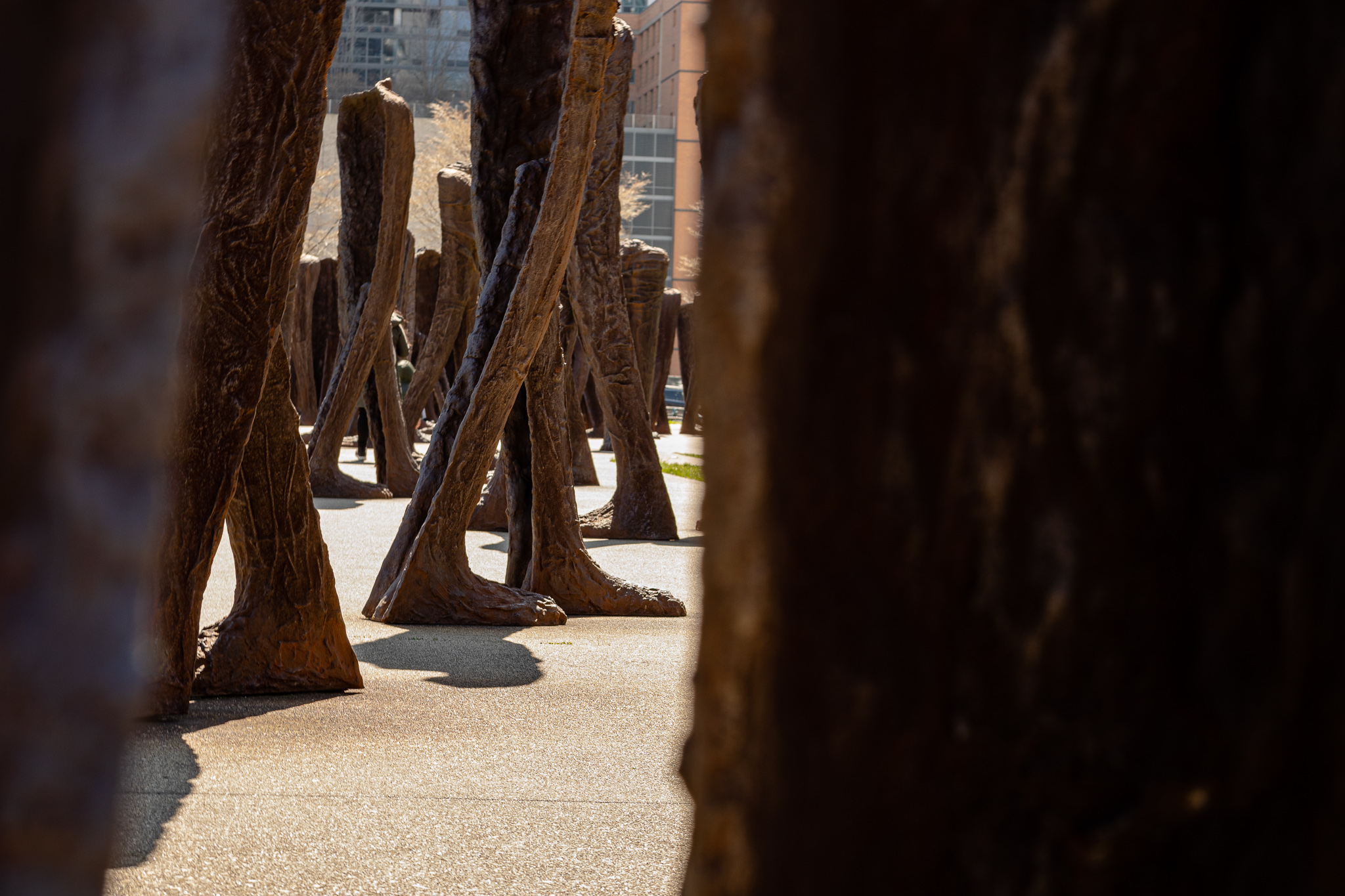 The models for this sculpture were all made by hand by Magdalena Abakanowicz, one of Poland’s most acclaimed artists, and three of her assistants. Each of these headless torso models were then made in an industrial factory near Poznan, Poland and transported to the U.S.

Many of Abakanowicz’s pieces revolve around the theme of “the crowd.” “Abakanowicz says: ‘I immerse in the crowd, like a grain of sand in the friable sands. I am fading among the anonymity of glances, movements, smells, in the common absorption of air, in the common pulsation of juices under the skin…’” 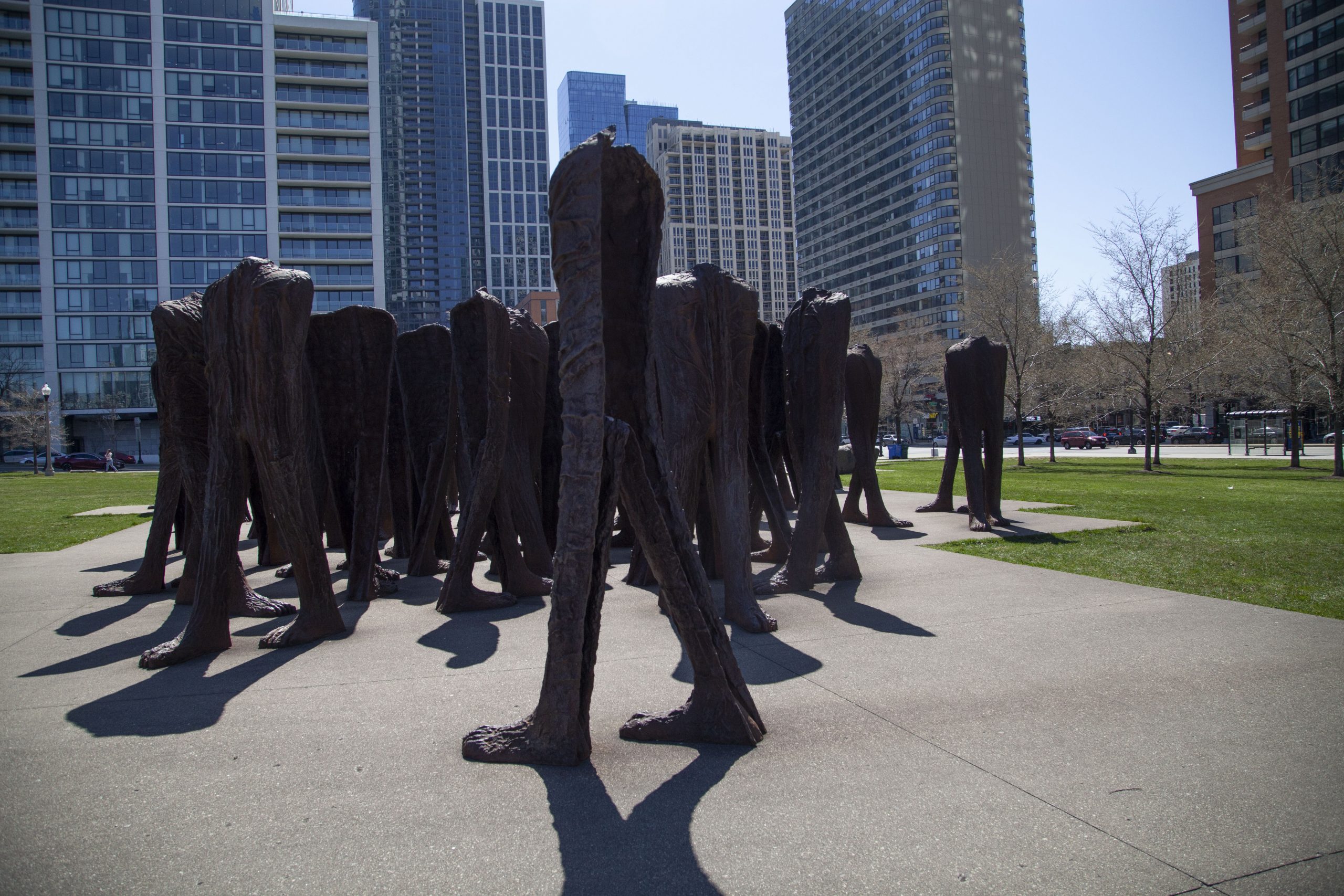 Artur Starewicz describes her work beautifully. “The metaphoric language of her work has achieved a point of junction, which still is a challenge for mankind, for all its sophisticated civilization. This is the point where the organic meets the non-organic, where the still alive meets that which is already dead, where all that exist in oppression meet all that strive for liberation in every meaning of this word.”

Agora is Abakanowicz’s largest permanent installation and last piece of work she created before passing away on April 20th, 2017. You can read more about Magdalena Abakanowicz and her works here. 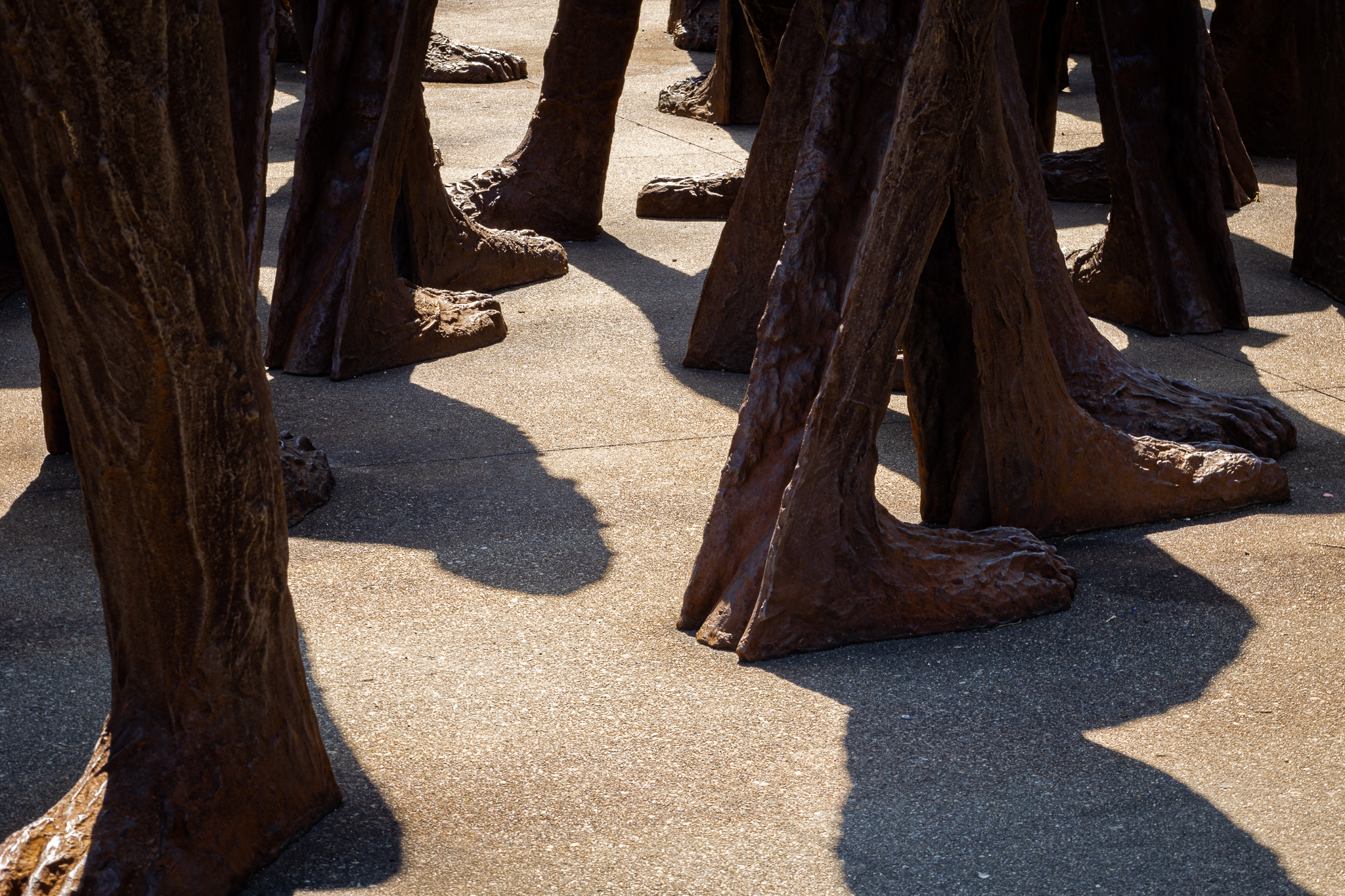