If you’ve walked North on State Street before, you’ve likely passed that gigantic, red object on Federal Plaza before and wondered what it was. It’s actually a sculpture called Calder’s Flamingo. This sculpture is by its namesake himself, Alexander Calder. It was officially presented to the public on October 25th, 1974. Calder’s flamingo is a unique red color known as “Calder’s Red.” With Chicago’s infamous weather and being an outside art piece, it had to be repainted in 2012. This abstract flamingo is a whopping 50 tons and 53 feet tall! 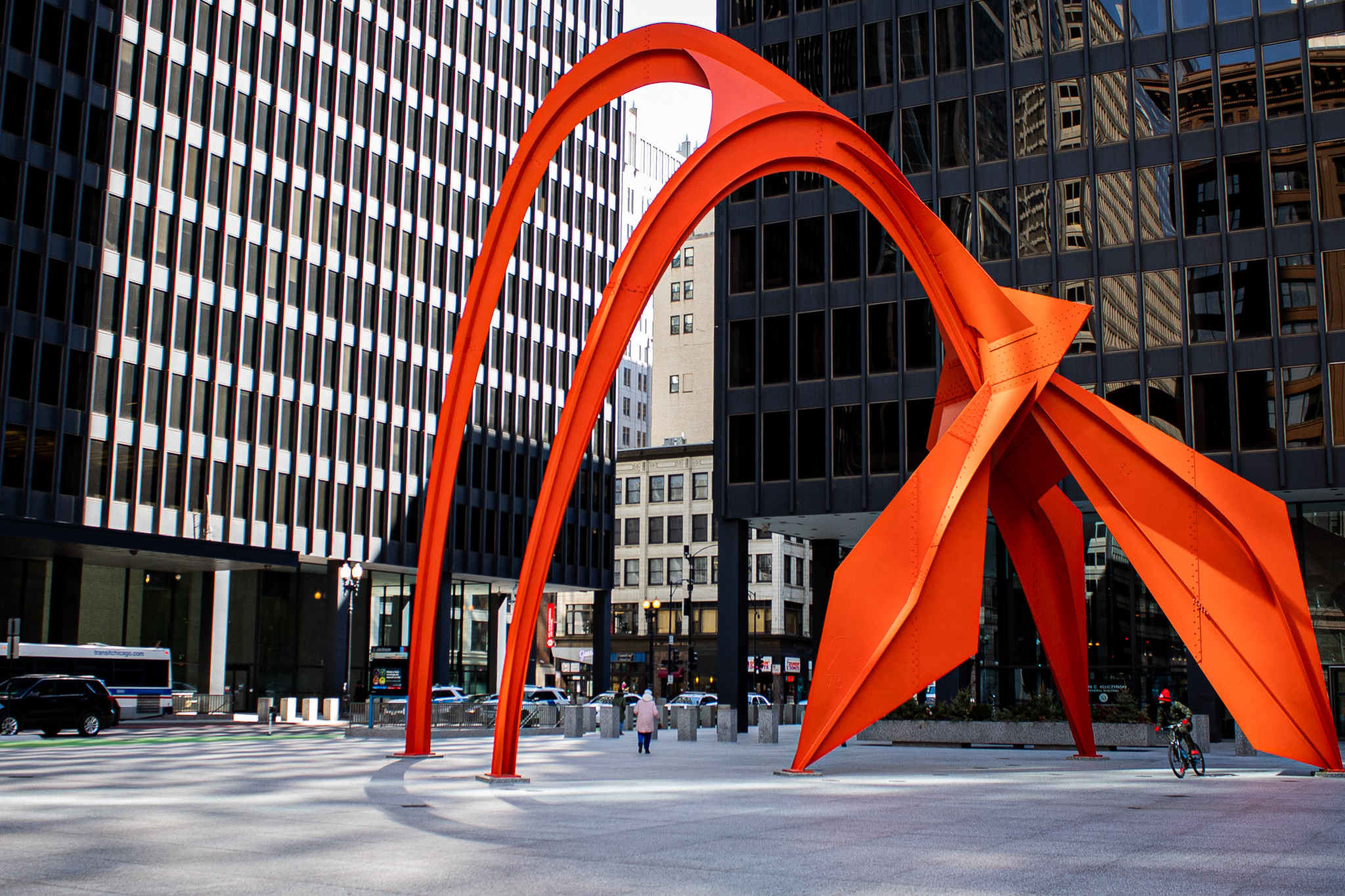 Alexander Calder was born in Pennsylvania to a family of many artists. In his early 20s, he was training to become a mechanical engineer, which you can see in the genius of his work. In the 1920s/30s, he was studying art in Paris. While in Paris, he was especially interested in the circus. Calder is known for his use of wire, as well as his mobiles and stabiles. His mobiles were pieces of art that had movement, whether from motors or air power, while his stabiles were stationary, like Calder’s Flamingo.

Alexander Calder died in 1976 and is regarded as one of the most prolific artists of the twentieth century. Today, the nonprofit organization “Calder Foundation” preserves Calder’s legacy. You can learn more about the Calder Foundation here.