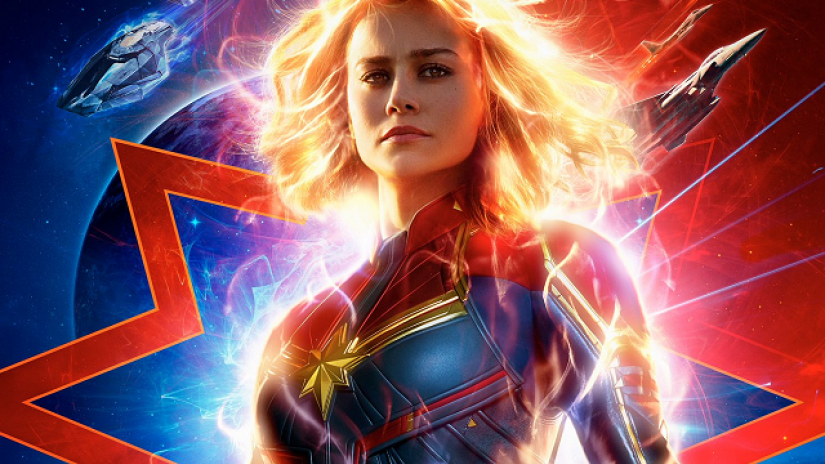 It’s always frustrating when the conversation happening around a movie sullies the enjoyment the audience can get from a first viewing. Even if you’re stoic enough to completely ignore everything that’s been shouted by insecure and small-minded goblins on the internet, the fact that some people have attached such hateful rhetoric to something as supposedly joyful and fun as a superhero movie can be a bit disheartening. But now that we’re floating comfortably in the $455-million-dollar wake of Captain Marvel’s opening weekend, we can once again throw the can-women-really-be-compelling-as-leads conversation right back in the trash where it came from (seriously, I can’t believe we still need to partake in this asinine excuse for a “discussion”).

Now that that’s over, we can get down to looking at Captain Marvel for what it is: a superhero movie. Captain Marvel’s has all the pieces we’ve come to expect (and often enjoy) from a Marvel movie: big set pieces, flashy special effects, easter eggs that hint at the larger Marvel story line, and a deeper humanistic core that powers the story’s theme. Appropriately, Captain Marvel focuses on themes that are common in stories that empower less represented groups. The hero, Vers (a.k.a. Carol Danvers, a.k.a. Captain Marvel), struggles with control, both from those who seek to control her, and the emotional control that she’s been constantly told she’s lacking. The theme first sprouts up in the first few scenes, when Vers (Brie Larson) is training on her alien planet with her classic-no-emotions-condescending-tough-guy captain Yon-Rogg (Jude Law). In familiar superhero trope style, Yon-Rogg tells Vers that she’ll never be a capable fighter if she keeps showing emotion, despite the fact that her emotions lend her greater power.

But as the film progresses, that trope gets turned around. The hypocrisy of Yon-Rogg’s adamant dismissal of Vers’ emotions is slowly revealed, especially when compared to the fact that Yon’s own hatred and primal desire for revenge are the only things that drive him forward. Like no other superhero movie before it, Captain Marvel does not ask for complete stoicism in its heroes. It does not equate strength with a hardened soul. Instead, it shows the value of humility, bravery, and emotional maturity.

Unfortunately, this powerful and important message is not delivered in a perfect package. The film is marred with too many underwhelming choices, and the resulting execution doesn’t quite live up to the quality of past few Marvel movies. Certain aspects of the plot are a bit too metaphorical where they should have been practical. Compared to the satisfying plot/message resolution of Black Panther, the final few scenes of Captain Marvel leaves some to be desired. Where Black Panther provided emotional justification for it’s theme while also providing practical reasoning for T’Challa’s success, Captain Marvel seemed to have focused more on the message than the delivery. While the climax of the film is still as exciting as any Marvel movie has a right to be, it feels more like a taste of Captain Marvel’s superhero potential, and not a full meal.

It’s disappointing to say, but Captain Marvel will likely be joining the ranks of Doctor Strange and Guardians of the Galaxy 2. All are pretty great, and before the current Marvel movie superhero take over, they would have been considered fantastic. You’re most likely going to be up for watching them again a few months after their initial release when they pop onto Netflix and you have a lazy Sunday ahead of you. But you probably won’t count any of them as your favorite. But despite its flaws, Captain Marvel is still at its core a great superhero movie. Even if it isn’t perfect, it is still powerful, exciting, and a great introduction to Marvel’s most powerful hero.