Founded in 2009 by Kilmurray, a graduate of the Dance Center’s BA Program in Dance, The Fly Honey Show re-imagines the classic cabaret to transcend, transmit and transform feminist perspectives. Through high-energy dance, raw storytelling, unapologetic empowerment and a rotating line-up of Chicago’s premier performance artists, The Fly Honeys make necessary space to celebrate body+sex+self ownership. The Fly Honeys are a fierce group of choreographers, dancers, musicians, actors, designers, and performance artists who foster a safe space for advancing gender equality and promoting self-love.

Posted by The Inconvenience on Monday, September 3, 2018

The Fly Honey Show promises an intimate yet explosive celebration of body + sex positivity through a feminist perspective with a carefully curated, rotating set of genre-defying, collaborative and radical performance acts.

The Fly Honey Show began in 2009 in the loft space of The Inconvenience, a multidisciplinary arts collective founded by a group of Columbia College students and alumni from the Theatre, Dance, and Music departments. Envisioning a project that promoted the talented women around her and unabashedly celebrated their individuality, Kilmurray choreographed and curated The Fly Honey Show as a one-night event with 30 performers for an audience of 200 people. Since then, the project has grown to a grand annual event boasting over 300 artists in a month-long sold-out run. Now in its tenth season, The Fly Honey Show digs deep into its mission to elevate women + trans + non-binary + lgbtqia individuals and allies through a raucous re-imagination of the classic cabaret. The evening promises an intimate and explosive celebration of body + sex + self ownership complete with high-energy dance works, raw storytelling, a rotating line-up of Chicago’s premier performance acts, and a fierce ensemble of empowered individuals, novice+professional dancers alike — all backed by a live nine-piece band. 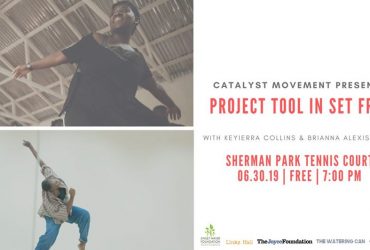