Mordine & Company Dance Theater, founded in 1969 by the Dance Center of Columbia College Chicago‘s founder and longtime chair Shirley Mordine, celebrates its 50th anniversary with a weekend of performances May 17 and 18. Known for its interdisciplinary collaborations with artists in the fields of music, theater, visual design, video, and puppetry, Mordine & Company strives to infuse the field of dance with new modes of performance and expression. Praised for original choreography combining wit and sheer movement with technical sophistication, the company’s work has been described as “a two-edged sword of comedy and drama” and “adventurous, audacious, gutsy, and energetic.” Performances take place Friday and Saturday, May 17 and 18, at 7 PM nightly at Links Hall, 3111 N. Western, Chicago. Student tickets are only $10. For tickets, call 773-281-0824 or click here.

A May 14 preview feature in the Chicago Tribune recalls that Shirley Mordine founded both the Dance Center of Columbia College Chicago and her own company, originally called the Dance Troupe, in 1969. The Dance Center was “the city’s first undergraduate dance program committed to developing contemporary dancers. In 1974, the Dance Center launched a presenting series which remains the crown jewel of the department. The same year, five dancers broke from the company to form MoMing, a lauded studio and theater space which bred many of our city’s finest experimental choreographers and played host to notable post-modernists from New York. So it’s safe to say that any semblance of modern dance in this city is because of Shirley Mordine. Literally thousands of dancers have trained with Mordine herself or with the generations of dancers who performed with Mordine & Company over the years, many of whom still teach at Columbia.”

The Tribune article by Lauren Warnecke quotes Dance Center faculty member and former Mordine & Company member Dardi McGinley-Gallivan as saying of Mordine: “I know that we’re all, in some way or another, passing on her ideas through our teaching. I know there’s a trickle-down. The threads of information are still out there and influencing people.” To read the full Tribune article, click here

Shirley Mordine served as the center’s chair for 30 years. Under her direction, the Dance Center evolved into a multifaceted institution at the national forefront of dance education. A teaching, learning, and performing arts center, the Dance Center is Chicago’s leading training program for contemporary dance, and its public programming has engaged companies from around the world. In light of her extensive and consistent contributions to the field of dance and to the student and professional life of Columbia College, Mordine was presented in 1999 with Columbia College’s Presidential Medal for Distinguished Service. In addition to her creative accomplishments as a choreographer, Mordine is recognized as a master teacher who excels in integrating the skills of dance technique, choreography, and performance. A recent article in Newcity Stage by writer Sharon Hoyer described Mordine as “the epitome of influence in modern dance” in Chicago.

The Mordine & Company ensemble includes Columbia College alum Timothy Tsang ’17, a graduate of the Dance Center’s BA Program in Dance. In addition to performing, he is also the communications manager of Mordine & Company.

​For this 50th anniversary concert, Mordine & Company is remounting and reinventing historic repertoire from different decades, as well as introducing new works by company members. The program features three representative pieces by Mordine — Collisions I (2017); “I haven’t heard from you…” (2003), originally created in response to the threat of war in Iraq; and a re-imagining of Three Women (1974) — as well as three new works by company members who were mentored by Mordine. 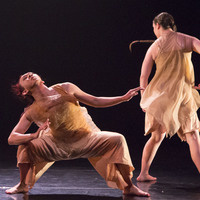 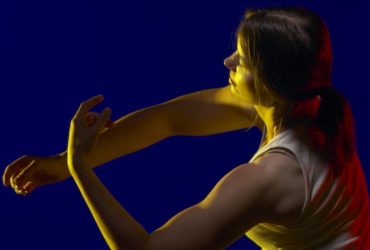