Congratulations to Dance Center of Columbia College Chicago alum Jacqueline Sinclair ’90, a graduate of the Dance Center’s BA Program in Dance, who has been named Artistic Director of Chicago’s acclaimed Joel Hall Dancers.

Sinclair joined the Joel Hall Dancers in 1990, the same year she graduated from Columbia College. As a company member, she has danced in several world premieres choreographed by Joel Hall, including El Gato Negro, Nuts & Bolts, An Evening with Nina Simone, and Conversations with Charles Heath. After several years as the company’s rehearsal director, she served as assistant artistic director before moving into the leadership post. Sinclair also holds an MA in Theatre from Northwestern University and a secondary teacher’s certification from Northeastern Illinois University. She is currently Director of Dance at Maine South High School in the Chicago suburb of Park Ridge.

The Joel Hall Dancers troupe was founded in 1974 by Joel Hall, whose work as a dancer, choreographer, and teacher has been dedicated to the development of what Hall calls Urban Jazz Dance, a method that translates life experience through dance. Hall’s signature choreographic style incorporates ballet, jazz, modern, funk, and “street dance” using contemporary jazz and house music to create an innovative and continuously evolving dance style that is appealing, relevant, and approachable for those frequently underserved by the arts. The company has performed around the U.S. and internationally, but has always proudly acknowledged its connection to its birthplace, Chicago. The Joel Hall Dancers & Center is located at 5965 N. Clark, at the corner of Clark and Thorndale in Chicago’s Edgewater Theatre District; in 2016, the corner was officially and permanently designated “Honorary Joel Hall Way” by the City of Chicago.

In an interview with Windy City Times newspaper, Sinclair said one of her main aims as the company’s new artistic director is working with Hall to preserve the company’s repertoire, codify his ground-breaking method, and build a system to roll it all out to academia through a certification program. “My initial focus will be getting the company on many different stages, having [new] audiences be exposed to Joel’s work. . . . As we know, Chicago is a very segregated place and the Joel Hall Dance Center has always been such a diverse company and school. We want to be spreading that to new places.” 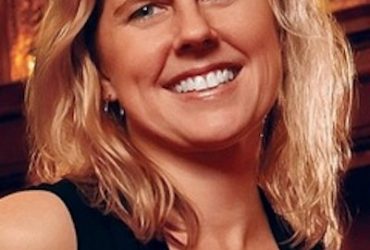