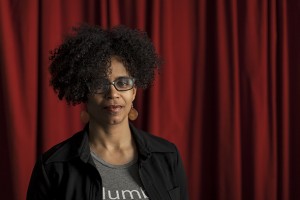 “Peter is widely respected among colleagues for his strong presence as an academic leader and exemplary capacity to guide complex conversations,” said Ozuzu in a May 12 message to the faculty and staff of the School of Fine and Performing Arts. 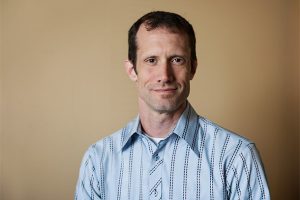 Carpenter, who grew up in the town of Grant, Michigan — “population 700, onion capital of the state,” in his words — holds a B.S. in theatre from Northwestern University, an M.F.A. in Dance from the University of California in Los Angeles’ Department of World Arts and Cultures, and a Ph.D. from UCLA in Culture and Performance Studies. He joined the faculty of Columbia College in 2005 as an assistant professor, rising to the position of associate professor before becoming Interim Chair of the Dance Department. Now, in addition to chairing the Columbia College Dance Department, he is the Interim Allen & Lynn Turner Chair of the Columbia College Chicago Theatre Department. Among other honors, he is the recipient of a Joseph Jefferson Award (Chicago’s top theatre prize) for choreography for Roadworks Productions’ 1994 staging of Lion in the Streets.

“My dances are completely informed by my work in theatre, and many people often view my works as both plays and dance,” Carpenter said in a 2014 Columbia College faculty profile. “As an actor or director, you get handed a script. The thing I love about choreography is that I get to make my own script.” “I think our students really appreciate the amount of challenge we give them in the dance program,” he added in the faculty profile, “and I think they appreciate that the push comes from multiple directions. We’re pushing them in terms of their technical foundation, we’re pushing them as artists, we push them to be better teachers, and we push them to be better scholars. I think students in the Dance Center come out as truly well-rounded dance artists, and they come out as pretty well-rounded people.”

Carpenter is an independent choreographer whose physical theater performances have often intersected with political activism and critical theory. Often recognized for his choreographic staging of queer theatricality, Carpenter has dedicated the majority of his career to tracking the complex ways in which identity has been shaped in subaltern communities by HIV/AIDS.