“Maslanka brings both the young dancer’s fresh eyes and her fascination with M.H. Anderson’s dystopian novel Feed to Consumed [to] her first production at [CDE’s] helm,” says Newcity reporter Michael Workman. In Anderson’s novel, according to Maslanka, “futuristic characters constantly connect online through a device implanted in their brain. Any need-to-know facts, suggestions, or advertisements can and do flood their vision and thoughts. The characters are distracted, complacent and disconnected. So much so they do not recognize the destruction of life around them. Looking to this story and comparing it to the current state of America, the proximity of this reality seemed closer to me than a distant future.” Notes Newcity’s Workman: “Similarities exist not only in the reality of day-to-day political dialogue that now borders on a stupidity approaching never-before heights of factual distortion, but also in a public that, for Maslanka, can also seem locked into a facile, technologized complacency.” Maslanka adds: “We all care, but why can’t we care enough to do something beyond changing a profile picture? . . . If we take our current state today, what will we leave behind for the future? The American Dream of the past and present cannot define the future. The American Dream, while it maintains the unchanged principles of unity, equality and justice for all, must adapt (and keep pace) with the advancing technological world around us.” To read Workman’s full interview with Maslanka, click here.

Here’s a promotional video for Consumed:

Consumed runs March 10-25 at the auditorium of Ebenezer Lutheran Church, located at 1650 W. Foster in Chicago’s Andersonville neighborhood. Performances are Fridays and Saturdays at 8 PM. Admission is $10 for college students and seniors; free for high school students; and $15 in advance or $20 at the door for the general public. For tickets, call 773-486-8261 or click here. 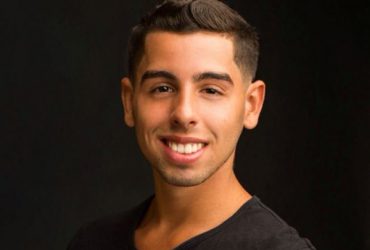